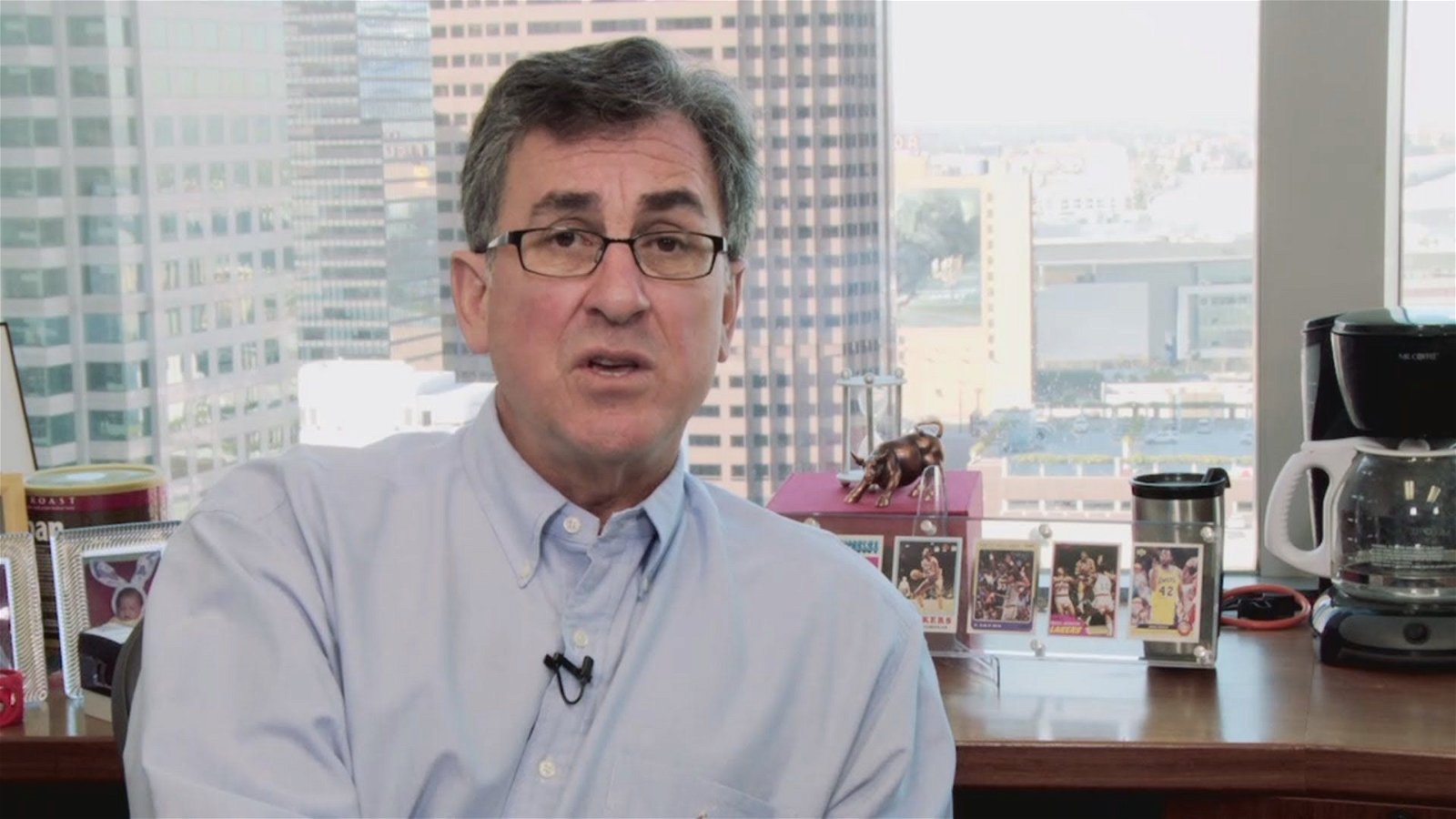 It’s not a name associated with any high profile franchise, but over the last few years, Michael Pachter has come to be known, loved and hated by many in the gaming community and industry for his observations of the business.

A Wedbush Morgan financial analyst working in Los Angeles, Pachter has gone from publishing regular recommendations for investors to being quoted in gaming magazines and websites, culminating in his own show, Pach Attack on GameTrailers where he regularly answers reader questions. C&G managed to sneak some time in with the Pach Attacker himself and asked a few quick questions of our own.

C & GMagazine: What is your background with games? How long have you been playing and what are your favourites?

Michael Pachter: I’ve been playing games since I was pre-teen, back to the 1960s.  I played arcade games at the bowling alley, then played in arcades, then had an Atari 2600, Colecovision, Intellivision, NES, SNES, PS1 and every console since.  I like mainstream games, so I always liked shooters, platfomers and turn-based strategy games, and have recently become a fan of RPGs thanks to Fallout 3, my favorite game of all time.

CGM: How would you describe your job and its responsibilities to a non-business, non-game industry person?

MP: I am an advisor to professional investors—mutual funds and hedge funds—and help them to make informed decisions about a small number of stocks that I am knowledgeable about.  My universe includes the video game publishers, and whenever a professional investor is considering buying or selling stock in companies like Activision or Take-Two, they solicit information and opinion from people like me.

CGM: So with your background in games, was becoming an analyst in that sector something that Wedbush asked you do, or was this something you pursued yourself?

MP: It was my choice.

CGM: So what would someone need to do in order to get a job in your line of work, specializing in the games sector?

MP: I think that an MBA or CFA is pretty much required to be a stock market analyst, as around 90% of analysts have one or the other.  There are exceptions, but not many.  Specializing in games requires far more luck than skill, as there are only 35 positions in the U.S., so it’s a smaller club than being a major league baseball player, and requires far less skill.

CGM: Your comments and predictions are widely read now in the industry and even amongst the gamers themselves, but who is it that really benefits from your insight?

MP: Investors are the only ones who should pay attention to what I say, and then only in the context of whether stocks will go up or down.  My predictions about the timing of a price cut don’t typically impact stocks, but they are relevant to determining whether there will be an increase in console sales.

CGM: Over the course of the last few years, you’ve moved from a fairly unobtrusive position as an analyst to a media figure within the industry itself.  How did that happen?

MP: It’s hard to say why the media finds what I say provocative enough to print.  I’ve always said the same types of things, have always been accessible, and have always published as often as I do now.  I don’t think that there are more than 25 – 50% more people on my distribution list today than there were 10 years ago, so my guess is that my popularity growth reflects overall growth in coverage of the games industry.  I suppose that the media comes back over and over because I’m responsive to requests, am quotable, and am right often enough for them to avoid embarrassment.

CGM: Has this prominence affected the way you work or even your perception/reputation within the industry?  Do you have a reputation now with developers and publishers?

MP: The media attention has actually made me more careful to avoid inflammatory language.  For example, when I said Sony was ripping off the consumer with the PSPGo price, I meant no harm, and had to apologize.  When talking about Kinect, I now use terms like “very expensive” instead of “ripping off the consumer.”  As far as my reputation, I think that my media presence makes me more visible with developers and publishers, and gives me greater access than I had in the past, so it’s been helpful in allowing me to stay in front of my competition.

CGM: Do you feel that there will be a need for more people with your specific interests and skills in analysis of the games industry, or is the industry itself hitting any kind of ceiling with regards to growth or diversity?

MP: I think every industry is enriched if people who care about it are better informed, and am hopeful that there is an explosion of interest in pursuing analysis.  I am in a position to challenge publishers, developers and consumers, and my comments usually get a reaction.  I am hopeful that the reactions are moving the industry in a positive direction.

CGM: What do you feel is the state of the gaming industry now with regards to its business? The last couple of years have seen less growth than in the past, has the industry peaked or this is merely a transitional period?

MP: The industry is in a transition from a pure packaged goods model to a multiplayer online model.  More people are playing console games for more hours than at any point in history, but they aren’t spending as much as in the past, since multiplayer features are built into many games and provide incremental hours of enjoyment.  The publishers will ultimately charge for some portion of this, whether consumers like it or not, and the industry will see revenues again begin to grow.

CGM: Do you see any games this fall being the “Borderlands of 2010” and claiming some surprise sales in a sea of high profile sequels? What are the titles you’re hoping to see succeed?

MP: I am hopeful that Epic Mickey is a huge success, as I think it’s one of the more innovative games I’ve seen.  I feel the same about Dance Central. Vanquish could surprise, but it might not get enough marketing support, and Kirby’s Epic Yarn looks like one of the most original concepts in that series.

CGM: What do you think of Microsoft’s new focus on the casual market with Kinect? Is this a strategy that can work for them against Nintendo, or is competing with Nintendo even a goal?

MP: I don’t think Kinect is intended to compete with the Wii; rather, I see it as an attempt to get other members of existing 360 households to use the console.  Move is more of a direct competitor, and Sony will likely advertise it as such.

CGM: Who do you see winning the Motion Control War this holiday season?  Will Kinect make an impact, will the Wii continue its domination or could Sony actually surprise people with Move?

MP: Kinect is priced too high to make a serious dent, and Move has the advantage of a couple of million Eye households in Europe, so it should sell much better at a lower price point.

CGM: And finally, 3D gaming. How’s it looking to you as the heir to industry?

MP: 3D is a great idea, but a 3D monitor is required, and not many have them.  I don’t see huge 3DTV penetration over the near term, so I don’t see 3D gaming gaining much ground.

↠ A Conversation With The Boss Baby’s Tom McGrath