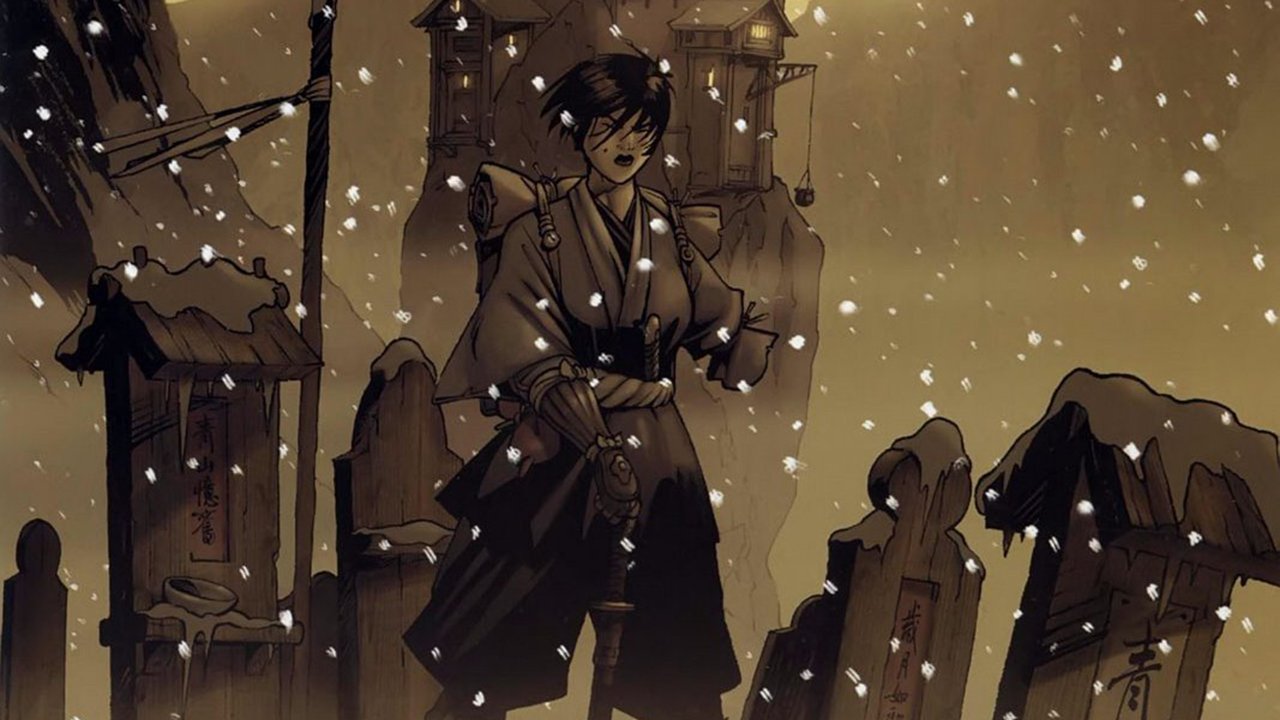 When I started working on this article, I quickly realized that it’s an overwhelming task. To list the best comics in 2010 isn’t as easy as one might initially conceive. To be qualified for that, you’d have to read every single comic released during the year. And if you’ve accomplished that feat, then I would suggest moving out and getting a job instead. Nevertheless, the best I can do for you is list comics that I personally enjoyed and suggest to anyone brave enough to listen to me.

I confess that I’m more of a Big-Two (DC and Marvel) aficionado, but I do get a kick out of reading various independent books. There are innumerable amounts of great stories out there, and many that we miss out on because the comic book industry is jam-packed. I have listed three single issues and three graphic novels that really impressed me this past year. Keep in mind that the following list is subjective and you might find yourself disagreeing with my opinions. On the other hand, you could very well agree with me entirely. Without further ado, here are my Best of 2010:

Bruce Wayne has returned and has reunited with his son Damian, currently Robin, and Dick Grayson, who took up the Batman mantle after the apparent demise of his mentor. Writer Grant Morrison wraps up his sixteen-issue run on the series, culminating storylines he began years ago. He also leaves the series with a moment that could very well change the entire Batman franchise. Bruce Wayne makes a public announcement, confessing that he has been secretly financing Batman for years. Although not a complete confession, this is as close as Bruce has ever come to outing himself as the Dark Knight. Furthermore, he initiates a worldwide organization he calls Batman Incorporated. This venture will see Batmen stationed in major cities around the world, thus expanding Bruce’s heroic reach outside of the streets of Gotham City. One of the reasons Batman is my favorite hero is because of his lone wolf attitude. And although I’m half worried that going somewhat public takes away from that, I can’t help but be curious and excited to see where things go from here. It’s been seven decades Bruce Wayne has been around. I think it’s fair to say that a change is worth the attempt.

Being a big fan of Marvel, I had a real hard time choosing which book to highlight for this article. I went with this title because I remember feeling excited about what Marvel had in store following the Siege major event. Age of Heroes is a compilation of stories from various characters, such as Raptor, the Agents of Atlas, Black Widow, Hawkeye and Mockingbird, and the Thunderbolts. Every one of these mini-tales set up each individual hero’s book, which were all launched as soon as Siege was over, coinciding with Marvel’s new era, The Heroic Age. A different creative team worked on each story, giving this one-shot a variety of writing and artwork to satisfy almost any reader’s tastes who takes the time to pick this book up.

Even at 88 years old, Stan “The Man” Lee’s still got it. I say this because after creating some of comics’ most iconic characters decades ago, the legend still comes up with cool stuff. Teaming up with writing titan Mark Waid and artist Chad Hardin, Stan gives us The Traveler. You won’t get the entire story out of only reading this first issue, but it definitely does enough to want to know what happens next. Randomly appearing are villains called the Split-Second Men, who have a variety of powers, such as control of electromagnetic fields. The Traveler shows up just in time to save a woman attacked by the villain. Not much is known of The Traveler except that he has some kind of control over space and time. He has saved different people from these Split-Second Men and has begun gaining a reputation. I enjoyed this issue mainly because Stan Lee proved that he’s still capable of coming up with interesting ideas, albeit with the help of another great in Mark Waid. But Hardin’s art is attractive and the dialogue is entertaining. While maintaining a serious tone, I found myself laughing at some of the things said. It seems like The Traveler has a sense of humor to go with the mystery behind this man.

Most of us know Disney’s version of the ancient Middle-Eastern folk tale of Aladdin. But writer Ian Edginton and artists Patrick Reilly and Stjepan Sejic give us a darker and more epic version of the story. The first thing you’ll notice in these pages is the beautifully crafted artwork by both artists. It is absolutely breathtaking and with such fluidity, that you do not know when one artist is done and the other enters. We get the usual Aladdin is a thief, is tricked by a sorcerer to claim the lamp, discovers the Djin (genie), wishes to be a prince and aims for a princess’ hand in marriage. But adding another Arabic folk tale character in Sinbad the Sailor adds to the story as he joins Aladdin to free the woman he loves, Soraya, from the evil sorcerer Qassim. If you’re looking for a modern, mature, darker, and more epic version of Aladdin’s tale, this is definitely what you seek.

Initially released in France by popular publisher Delcourt, Okko was translated in English by Archaia Studio Press. The Cycle of Earth is the second part of a trilogy, preceded by The Cycle of Water and followed by The Cycle of Air. The story takes place in the fictional Empire of Pajan, which strongly resembles ancient feudal Japan. Okko is a ronin, accompanied by his companions on an adventure to the Mountains of the Seven Monasteries. Upon climbing the highest mountain, they reach the secret eighth monastery, where they enter the forbidden library and learn the darkest secrets of their enemies. The first thing I’ll say is that I’m happy to see American publishers reach out overseas in order to translate their books. The stories and artwork is very different in France, but beautiful nonetheless. These translations offer non-French speaking readers the opportunity to enjoy great stories they’d otherwise miss out on. Okko is a book I read in its original form, and reread it again once interpreted. Both versions are well worth the time. This is a very enjoyable series. 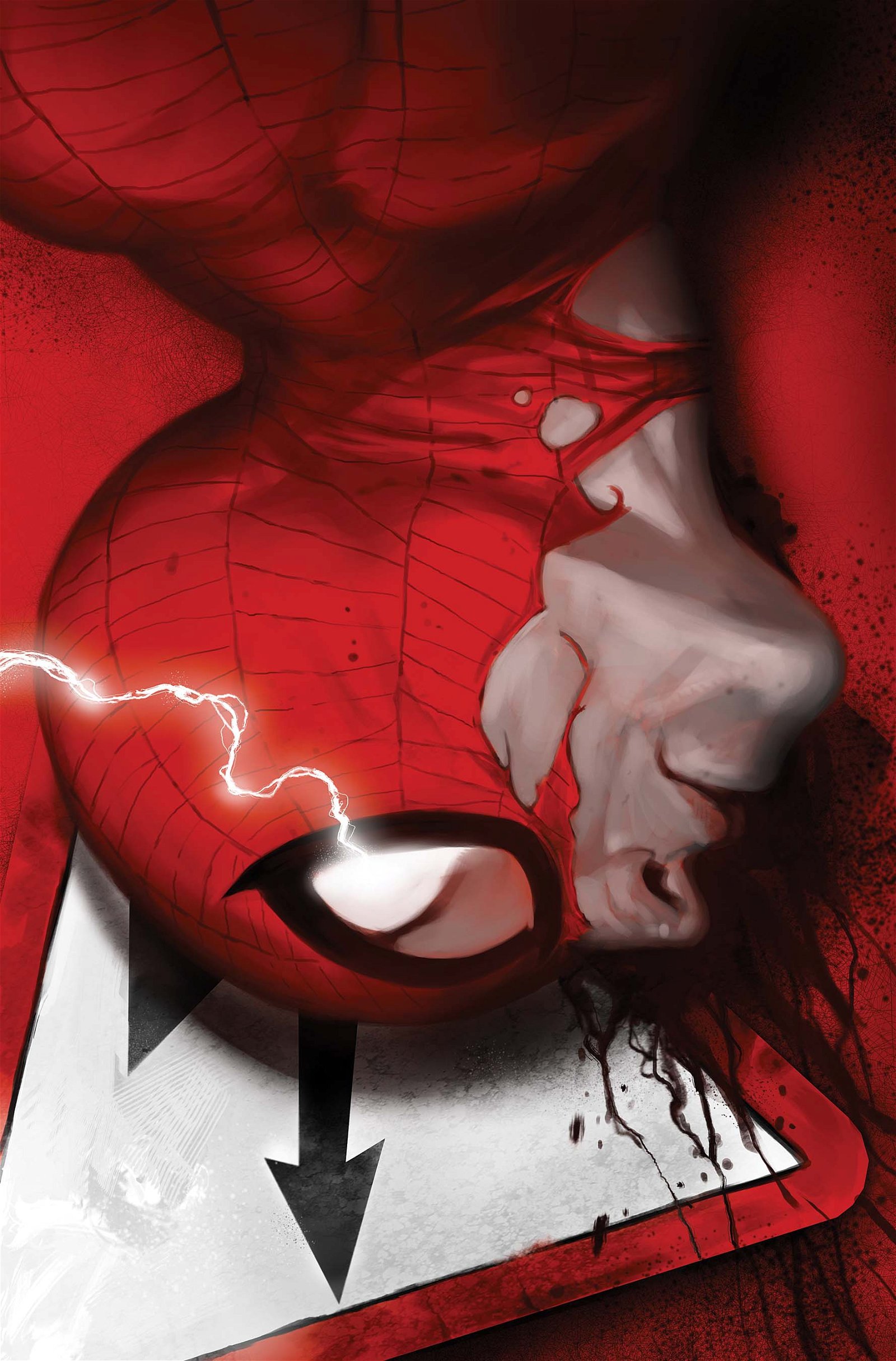 To clarify this, The Gauntlet is a long storyline in the Amazing Spider-Man title that spanned issues #612 to #633. The Gauntlet is collected in five hardcover volumes, and I suggest every single one of them. Why? The first reason is because we get to see Spidey take on some of his greatest foes once again. Villains like Electro, Rhino, Lizard, Sandman, Mysterio, and Chameleon return to make their enemy’s life a living hell. Another reason is that different writers and artists alternated with each mini-story, giving them all a unique feel to themselves while keeping the major plot moving. While most titles are monthly, Amazing Spider-Man is a thrice-monthly book, with generally only one week without a new issue in stores. Some might think that it’s overkill, but The Gauntlet made me wish that a fourth week would be added to the schedule. But I digress.

With so many books accessible to us in various forms and sizes, there is no way one can get a hold of them all. I’m well aware that I missed out on so many great books that could just as easily make any Best of list as any of the ones I mentioned. But I had to draw the line somewhere and make my choices. I strongly recommend that you take the chance to look into the books from my list and even take the extra step and search for any others who might just grab your attention. The comic book industry is full of incredible tales well worth the money and the time to enjoy. Whether you prefer the more popular Big-Two titles or if your cup of tea is the independent scene, you are nonetheless treated with great storytelling and astonishing artwork. While I look back at this past year with countless books I will revisit again, I am excited for what the new year will bring to the stands.