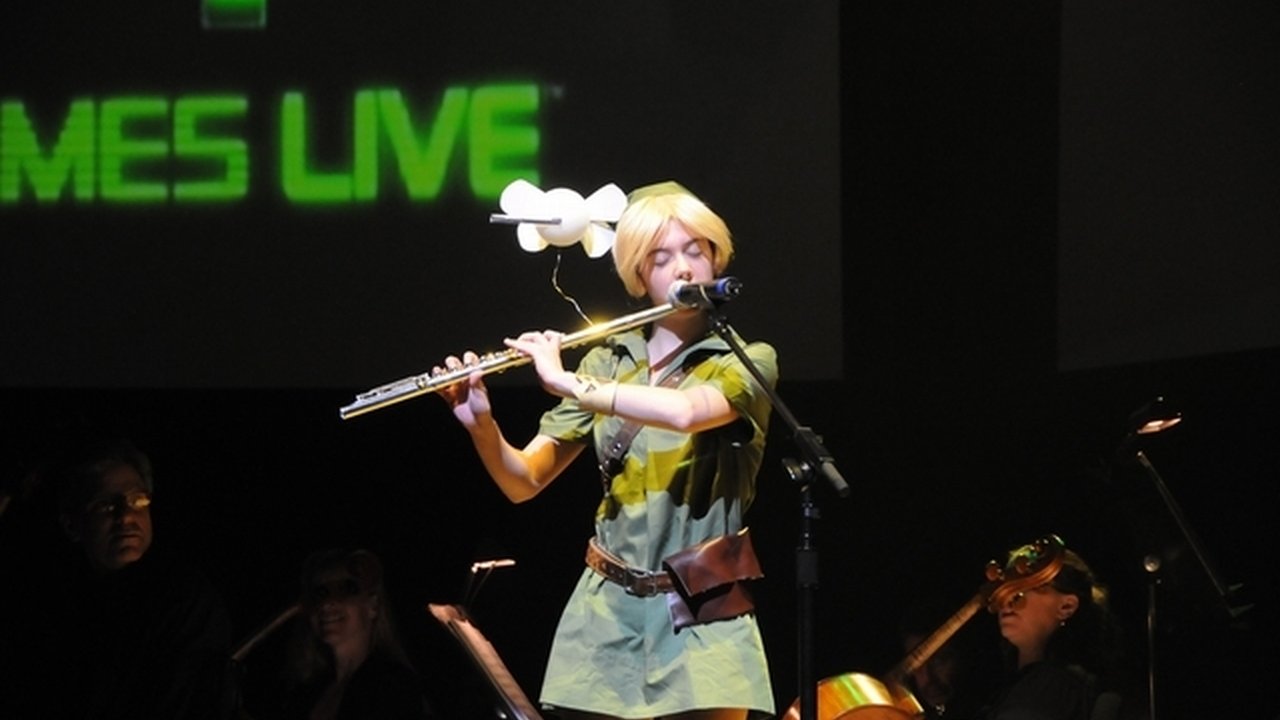 performance of Video Games Live ends a little after 10:00 p.m. at Massey Hall in Toronto, but the actual event is only half over. Founder Tommy Tallarico – along with many of the performers – spends nearly two hours signing autographs and shaking hands during a meet and greet after the show, and the interpersonal moments with the audience seem just as integral as anything that happens on the stage.

After all, that might be what makes Video Games Live so entertaining. Tallarico is a TV star, a composer, and a front man, but he never carries himself like a ‘celebrity’ and that approachable attitude is fundamental to the success of the show. As host, Tallarico has gone to great lengths to solicit the input of the fans, and the end result is a concert that’s more engaging – and far more interactive – than your average musical presentation.

It’s not as if that’s news. Even if you don’t have access to YouTube, Video Games Live has been immortalized on two CDs, a DVD, and a Blu-Ray, and there’s not much that hasn’t already been said. Tallarico takes the stage with some awesome electric guitars and performs orchestrations of classic video game themes with the help of a live symphony orchestra and a synchronized video screen that hovers above the stage.

Aside from one blown speaker, the Toronto show more than lives up to the tour’s reputation. God of War 3 and Street Fighter II are some of the highlights, but favorites like Castlevania, Halo, Civilization IV, and “One-Winged Angel” provide welcome diversity throughout the evening and the smoke, sound, and flashing lights make for a genuine spectacle. Anyone who loves games, music and/or theatre will definitely enjoy the performance.

The thing is, I’m not a music critic, and you don’t need me to tell you what sounds good on your stereo. That’s also not what makes Video Games Live truly unique. Tommy Tallarico understands that video gaming is an interactive medium, and the show is laced with moments that demand audience participation. Over the course of three hours, we witness a head-to-head Frogger session, a Guitar Hero challenge, a costume contest, and a raffle, and Tallarico regularly engages the crowd with impromptu call-and-response.

That in-the-moment vitality allows Video Games Live to resonate with the crowd, and the back-and-forth doesn’t cease once the curtain closes. Tallarico is always listening, which is remarkable because it feels as if the larger gaming community has actually created half the show. Pianist Martin Leung started touring with Video Games Live after his blindfolded Mario medley generated 40 million hits on YouTube while vocalist/composer/flautist Laura Intravia (pictured) joined the concert after her Flute Link routine became a similar Internet sensation.

Those skits are recreated onstage during Video Games Live, and the enthusiastic response makes it clear that Tallarico has tapped into something that goes well beyond music. The set-list is always in flux, and with enough votes (here measured as cheers and YouTube hits), anyone could become the next headlining act.

It’s that invitation to participate that makes the performance so unusual. You’re not a passive member of the audience, but an active contributor, and you can’t drift off for fear that you might miss something amazing. Video Games Live draws as heavily on the principles of good theatre as it does on music and games, and in the process it places video games on par with older, more traditionally respected forms of art.

The egalitarian philosophy also encourages gamers to publically support games as artifacts with legitimate cultural worth, and it does so without alienating the loyalists of other media. The evening is broken up with amusing snippets from video game lore – slideshows cover the most unfortunate game titles and the worst voice-over performances – and you don’t need to be a gamer to know that the dialogue in Resident Evil is hilariously atrocious.

Yet while Video Games Live has a certain universal appeal, every show is different because it’s performed in front of a new audience in a new location and those local elements inevitably define the evening in Toronto. For instance, Massey Hall plays host to a real-life marriage proposal, and it’s a bit like being at a baseball game until Tallarico explains that the moment occurred simply because the new groom-to-be sent an email and asked him for a venue.

The story is telling because it indicates that people feel confident enough to send personal missives to a prominent public figure, and the fact that the engagement actually took place only proves that there’s nothing artificial about Tallarico’s relationship with the audience whether it’s before, during, or after the production. Video Games Live embraces social media as eagerly as it embraces any other form of media and it creates an atmosphere that is at once universal and entirely immediate.

So while Tommy Tallarico isn’t even onstage for large portions of Video Games Live, he is the personality that holds everything together. His attitude fosters communication and he’s more than happy to act as an agent for Cupid or – more conventionally – to spend two hours shaking hands with legions of fans at a meet and greet.

That’s what makes the experience so memorable, and that’s why you owe it to yourself see Video Games Live. The Canadian leg of the tour is complete, but the show will be back and – like a great video game – it won’t be the same when it returns. Video Games Live certainly celebrates gaming, but it’s our show because it stays true to the interactive nature of the medium.