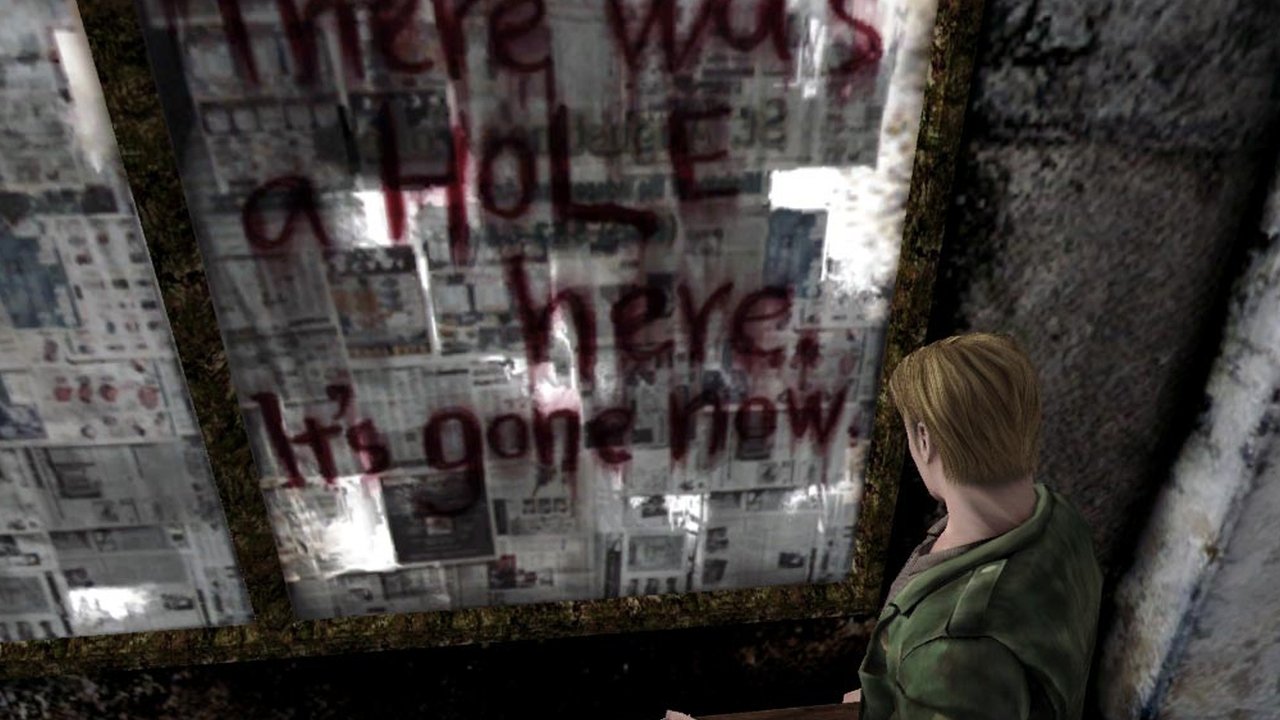 A horror game, when properly designed, can be a beautifully terrifying thing. Although many entries to the genre simply ape the conventions of other media, smart developers who fully capitalize on the blood-chilling potential of interactive entertainment can truly unsettle an audience.

Follow me, ghouls and ghoulettes, as I take a look at some of the most pants-wetting experiences that video games currently have to offer — and make a few notes about the lessons we can learn from how and why a video game frightens us.

Of the spooky games I want to talk about, the Condemned series is probably the least overtly frightening. But like any good horror story, it leaves the most haunting impression. This is in no small part due to its understanding of how we, as players, relate to taking control of a character. It’s a first-person game that, instead of providing ample guns and ammunition for dispatching foes, requires the use of impromptu melee weapons — the kind of weapons that make direct confrontation with enemies unavoidable. Getting up close and personal with violently-deranged foes and having to take them on with a piece of scrap steel is disturbing on both an immediate level and in a way that lingers after play is finished. You may flinch at a jump-scare and calm down after the treat is gone, but simulating having to beat an attacker to death in defense is guaranteed to leave a lasting and unsettling impression.

The game’s grungy, Seven-inspired aesthetics and almost hilariously-blatant attempts at hitting on eerie object/location tropes (Doll factory? Check. Remote farmhouse? Check.) also factor into the general scariness (until the second entry goes completely off the rails in its finale), but nothing compares to the level of unease generated by the consistent brutality of its primary mechanic.

Frictional Games, the development studio behind Amnesia and the Penumbra series, also understands how to get under a player’s skin — a good thing, considering their output to date consists entirely of horror games. Amnesia, Frictional’s most recent release is their most terrifying work yet, due to the complete vulnerability it forces players to experience while progressing through its foreboding setting.

Amnesia refines the development team’s past efforts by stripping away the ability to use weapons, while still allowing its protagonist to die horrible deaths at the hands of sanity-rending (never clearly seen!) monsters. Instead of having even the caveman security of Condemned and being able to lash out against incoming danger, Amnesia turns its players into the exact kind of people we would be if made to traverse a haunted castle in the middle of Unpopulated Forest, Germany: trembling wrecks only finding the strength to continue onward through sheer adrenaline. The excellent audio and narrative design don’t hurt Amnesia’s horrifying style, either.

Unintuitive control schemes can make a game scarier. They may not make a game much fun (especially when played years later) but they add a level of powerlessness that amplifies a frightening situation. Probably because I played the original Silent Hill (1999) in my formative years, slowly and clumsily exploring its environments left me with a few choice psychic gouges. Silent Hill, especially the series’ first entry, used awkward controls to mimic the feel of a nightmare. Akira Yamaoka’s dread-filled score and the title’s omnipresent sense of gloom put players into a bad dream where awful threats were all around but fleeing was painfully difficult.

Like Amnesia, Silent Hill succeeds by forcing players to spend long amounts of time in a world where our natural instincts make us want to immediately flee. Having to solve puzzles and manage a limited supply of weapons while the walls pulsate and blood-curdling screams echo in distant rooms makes for a harrowing and unforgettably tense experience.

Reid McCarter is a writer, editor and musician living and working in Toronto. He has written for sites and magazines including Kill Screen, The Escapist and C&G Magazine and (very) occasionally updates literature and music blog, sasquatchradio.com.