A Quick Look at Munchkin 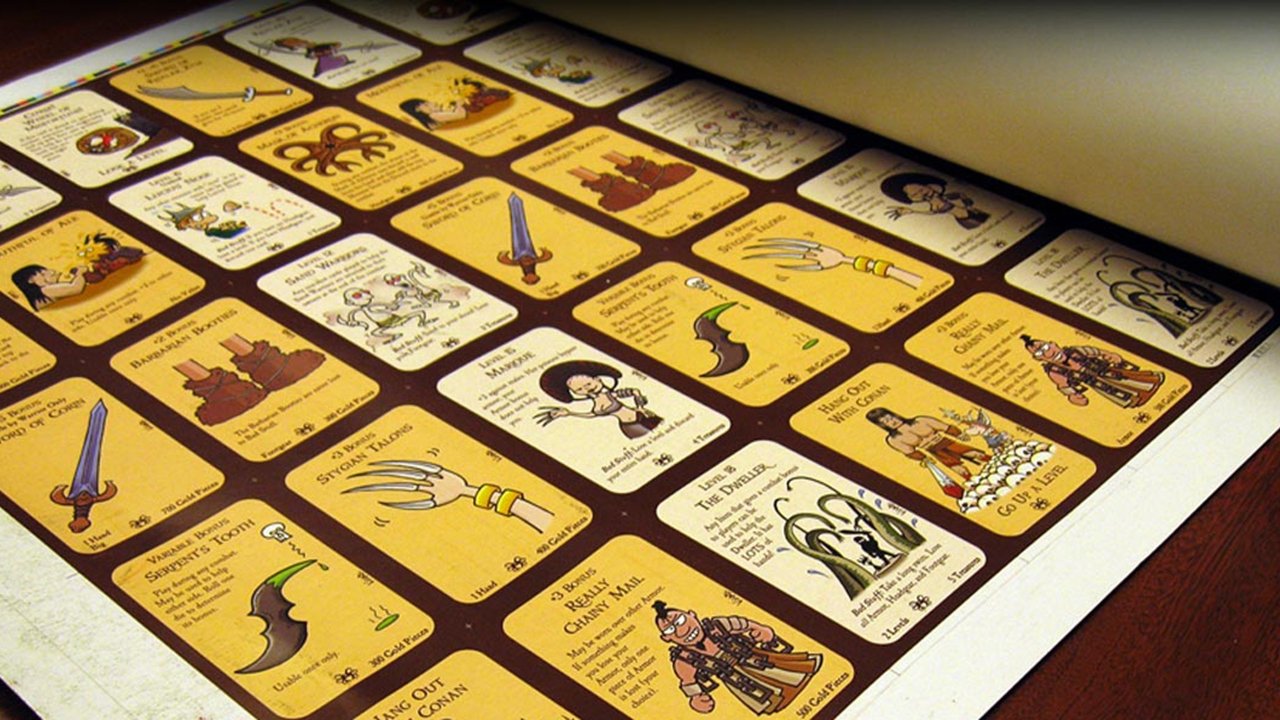 Munchkin isn't your typical card game. It's a wonderfully wacky spin the whole role-playing game world. Three or more players sit around and try to out battle, outwit and out cheat each other to be the first to hit level ten. Along the way there will be battles, bribery, backstabbing and possibly a little brawling between friends.

The game itself is very easy and quick to learn. The rules are simple but allow for devious strategies. The players start off as a level one human character with no class (yes, the manual has a laugh at that too). As they play they will battle monsters, either alone or with the help of other players (often obtained through bribery), explore the "rooms" of the dungeon and hopefully be the first to the top. The humour in the game is evident, from puns to corny jokes, the game has it all. Drink a Potion of Idiotic Bravery, wield your Staff of Napalm, put on your Boots of Butt-Kicking and show that Gazebo what for!

The game uses two decks. One is full of monsters, curses, classes and abilities, while the other contains various treasures which can be used to reach new levels of power to fight even bigger monsters. Players can use cards from their hand to aid or hinder themselves or other players (usually hinder in the latter case). Exploring the dungeon will often have them facing various monsters, whose defeat will grant the player the levels needed to win, not to mention handy treasures to lord over their friends. Fighting monsters is a simple matter of "whose is bigger", if the combined level and gear totals of the player beat the monster, they win. However, the other players will often play cards of their own to tip the scales.

There are races and classes to find while exploring that can give players nice bonuses. Curses can be lethal but if in a player's hand they can be used to cause havoc for the opposition. Game play is quick and games themselves don't tend to last too long, unless the players are doing a wonderful job of screwing each other over. But in the end one player will come out on top and after a well earned period of gloating, the next game can begin. No two will ever be the same and it's quite easy to lose track of time while playing. The session generally ends when one or more players have had enough of the winner and a people go home annoyed. At least until the following evening.

Definitely an addictive little card game to enjoy at parties or with friends when you've got some time to enjoy together. With many expansions and stand-alone sets which can all be combined into one massive experience, Munchkin is definitely a game to grab. It's never the same game twice.