The 8-Bit Summer Round 1

Hey everybody, it’s your friendly neighborhood Nintendo Nerd here to usher you all in to the joys of the Big N’s 8-bit summer.

If you own a 3DS (and if not, what the hell are you doing with your life?) then your warm summer months are about to be vastly improved by portable editions of some classic Nintendo goodness. This week we’ll be sneaking a peak at three big eShop releases that will have gaming nostalgics pressing buttons in ecstasy (or something like that, maybe with a slightly less sexual response). The first title is a full-on videogame milestone, the original The Legend Of Zelda for the good ol’ NES. Next up is a relatively obscure Gameboy oddity Kirby’s Pinball Land, that’s exactly what it sounds like and better than it has any right to be. Finally there’s one freshly produced game in Johnny Kung Fu that might not be an official 8-bit Summer release, but is such an entertaining mix of retro design and modern visuals that it deserves a little recognition. Looks like you have quite a bit of 3DS downloading to do this weekend, doesn’t it?

The Legend Of Zelda

It’s hard to explain just how huge of an impact The Legend Of Zelda had to gamers who didn’t pick up controllers until the post GTA 3 world. Yes, the graphics seem pretty crude now, but this was the first game that truly let indoor kids clutching their NES feel like they had experienced an epic quest without leaving their parent’s basement. By the time Link’s first adventure was complete, the little guy with the sword and green tights in a crazy top down world was an official Nintendo mascot. Though future installments have refined and expanded on the formula, it’s remarkable how many of the franchise staples were in place form the get go. Eight chunks of the Triforce have been lost across the Hyrule, so that little Link guy is going to need to travel across a massive map, enter dungeons, solve puzzles, and kill bosses to find the shards and battle that jerk Gannon to rescue the beautiful Princess Zelda (who like Princess Peach is constantly getting kidnapped by the same wise-ass. They should form a support group).

Considering how simple the graphics are and the limits of gaming design back in the day, it is absolutely remarkable just how deep, long, and challenging this game is. Hours will be spent crossing the Hyrule plains and beating up bad guys with a trusty sword. If you got into the series late in the cycle, you’ll be shocked by how many of the standard villains and music cues were founded here and also laugh at the aspects of the game that weren’t brought back (Link can magically throw his sword for reasons best known to the designers). Future sequels and updates have expanded and improved on this model (especially Ocarina Of Time, the series and video games in general really don’t get much better than that), but this original title is a classic for a reason. It remains an absolute blast to play, challenging and long enough to still feel like an achievement to complete.

The new Virtual Console edition ports over the original version of the game in the palm or your hand with no new additions or frills. You can use the standard Virtual Console in-game save system to replay tricky sections of dungeons without consequence, but that doesn’t add too much. However, with a classic like the original Legend Of Zelda, fancy new add-ons aren’t necessary. All you really want is the original game in all it’s glory on a format that allows you to put it in your pocket to play out Link’s quest during your own public transportation-based adventures. That’s what you get with this release and honestly, what more could you want? What’s that you say? A portable edition of Ocarina Of Time? Well, they already have that available in 3D no less. Geez, get with the program dumb-dumb. 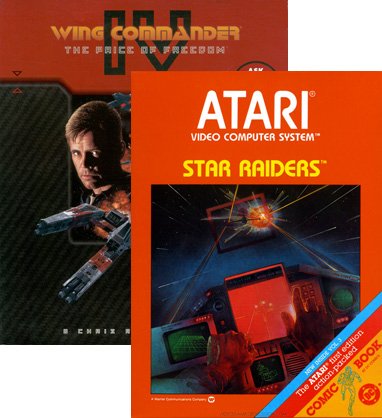 Ok, this is a bit of a weird one. I guess back in the ancient days of 1993 Kirby’s Dreamland proved to be such a big hit that the company decided they had to get more Kirby on the Gameboy immediately, even though they didn’t have time to produce a full scale adventure. So they took of all the character designs from Kirby’s Dreamland and plopped them into a strange little pinball creation. Much like Sonic Spinball, the basic controls are similar to pinball, but the game itself is an odd combination of pinball and platforming. The lovable little Nintendo creation rolls up into a ball and you smack him around with paddles. However, you don’t just play on a single game bored. Tables are comprised of a variety of four boards stacked on top of eachother, with the goal of bouncing your Kirby ball off just the right combination of items and enemies to shoot him up through three vertical screens, eventually landing on a boss (and of course, with a few hidden screens n’ levels along the way).

There are only three “tables” to choose from, but don’t think that means the game will be over in seconds. It’s surprisingly difficult to keep that little guy bouncing where you want him to go (though mercifully not frustratingly so) and even once you master it, there are still high scores and bonus stage to strive for. This is a classic Gameboy 3DS port, offering the option of playing it in yellow on a virtual Gameboy screen for purists. The controls are a little awkward, ported over from the original so that the A button represents the right paddle and left on the game bad operates the left panel. It can be a bit awkward to use and it would have been nice if Nintendo provided the option to use the L and R buttons instead, but there are rarely ever changes made to Virtual Console titles and in a way. Compared to more recent portable pinball simulators like Marvel Pinball, Kirby’s Pinball Land feels a little dated and lacking. However, viewed as a game of it’s time, the thing is a hell of alot of fun and I’m certain that anyone who became obsessed with this game over marathon sessions during early 90s family car trips will be incredibly grateful to have the old classic available to play once again. Sure there are other more worthy Gameboy games still unavailable in the eShop, but at least this sucker is a good time killer before the likes of Warioland finally come along.

The last time I sampled a 3DS download game from the folks and UFO Interactive, it was the pretty dreadful Rock Of The Dead. So, it was with some sweaty palmed apprehension that I booted up their latest release Johnny Kung Fu. I’d like to thank the good people at UFO for completely making up for their previous sins with a retro portable game that just might become my new addiction. The story is practically non-existent. You play the anime-style hero Johnny Kung Fu whose girlfriend is captured by evil gangsters, forcing the hero to kick some henchman ass through all the floors of a skyscraper like cutesy version of The Raid. It’s one of those old-meets-new contemporary/retro games and honestly one of the most entertaining I’ve played. There’s no story and it’s not a deep game, but in terms of pick up n’ play fun with a repetitive, score-driven arcade gameplay experience, this thing is a hell of a lot of fun.

After a fairly rad 3D opening cut scene to start things off, things go down an unexpected route when the first level is played on the bottom screen and more importantly, in the style of a vintage Tiger or Game And Watch title with limited movement and burned-in character maps. Complete that level (which is a variation on Donkey Kong) and an animated elevator takes you to the top screen for a gorgeous cartoon animated Kung-Fu brawl level with impressive 3D. The flip-flopping old/new gameply dynamic continues throughout, alternating between old school Tiger-style platformerig, balancing, and timing levels; and beat-em up top screen levels that change based on an expanding move list, new enemies, boss battles, and multiple 3D planes for fighting (kind of like Mutant Mudds).

The levels keep bouncing back and forth until you reach the top of the building, which is harder to do than you’d think because the game has a built in 1 hour timer that counts down throughout. In every level you have 3 lives. Lose all three and a continue will cost you 5 minutes of time from that hour. Once you get the rhythms of each style of level down, it’s not that hard to plow through. However that will take quite some time and the hour time limit doesn’t give much margin for error. Like an old arcade game, you’ll beat it in a war of attrition, getting a little farther each time before hitting the wall of the time limit. The important thing is that above all else, this game is almost unfairly fun to play. The Tiger levels are a real blast from the past and just as “easy to learn, difficult to master” as those ancient portable games. The smoothly animated 3D levels are just as pretty and joyful to play as the recent Scott Pilgrim game. Each style of play would get boring quickly, but alternating between the two is just enough to keep it interesting. Johnny Kung Fu is ultimately a time waster designed for quick play sessions rather than gamer investment. However, for a portable gaming system, that’s kind of ideal. I’m already certain that I will miss many bus and subway stops while locked in the middle of a Johnny Kung Fu session. That’s bad news for my social and work life, but as a gamer-on-the-go with a dwindling attention span in constant need of distraction, good lord is this thing ever going to bring hours of fun.

Score (for folks who like judgments, but not reading): 4/5
File Under: