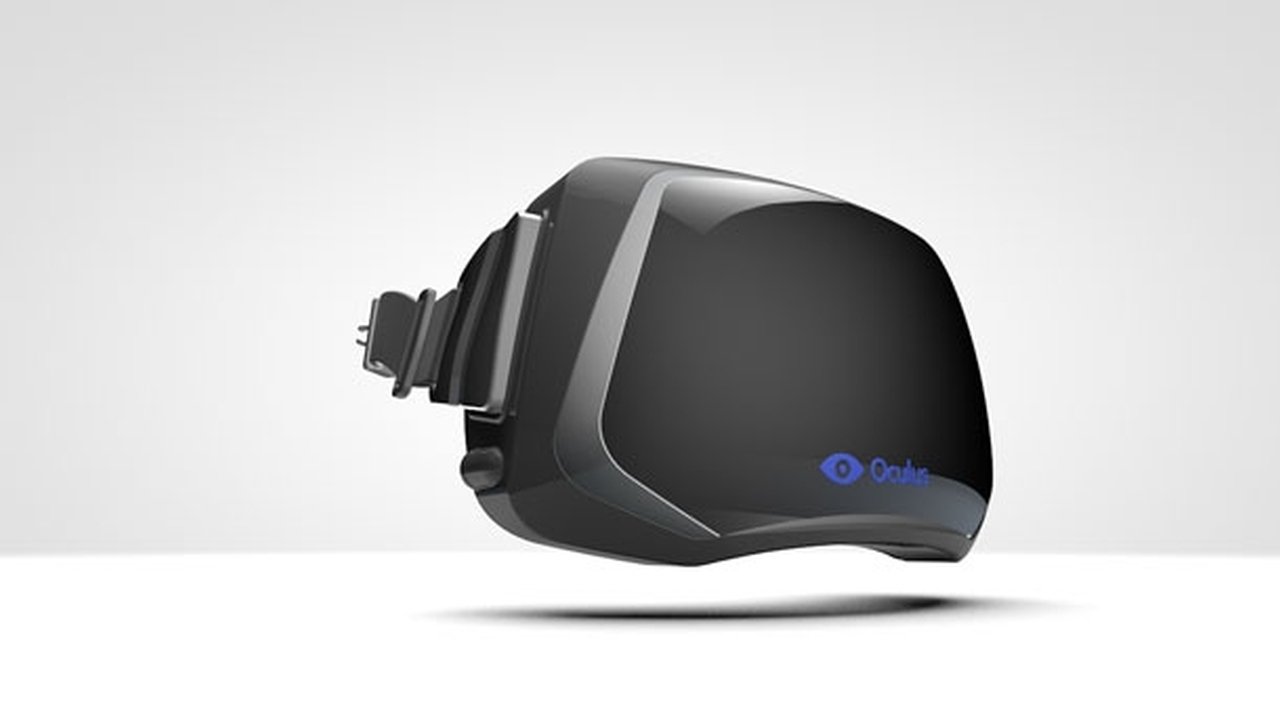 Of all the industry personalities I met at PAX Prime, there was one who went through painstaking lengths to explain to me his history and successes in the business.

In his fifteen years in the industry, Brendan Iribe has overcome the difficulties in selling software solutions that were somewhat ahead of their time in an era when “developers wouldn’t touch anything they didn’t write themselves”. With titles like Co-Founder of Scaleform (a user-interface middleware used in too many games to list – look for it at startup on any of your games) and Chief Creative Officer of Gaikai under his belt, it’s clear that he has a knack for backing the right horses.

Surveying the device on the table in front of me, it was difficult to believe that I was about to be transported to another world.Why the lengthy preamble? I’m meeting with Iribe to see the Oculus Rift – a Virtual Reality headset. Yes, the Virtual Reality pipe-dream from the 90s that most of us got over; which might explain his efforts to adequately frame our conversation. Iribe admits that when he was asked to check out a prototype by Palmer Luckey, a nearby VR enthusiast, he responded with “immediate skepticism”. After gathering some trusted business partners, they met in a hotel room to try out an early prototype, and Iribe immediately had a revelation:

“You put it on your head, you look around this virtual world, and it all makes sense. You get what everybody is talking about. You get it when it’s on your head.”

Surveying the device on the table in front of me, it was difficult to believe that I was about to be transported to another world. Picture a circuit board that’s been tacked onto the front of a pair of snowboarding goggles wrapped in duct tape, with a thick black cable protruding from the side and you’ll have a fairly accurate idea. Considering that I had two screens and a six-axis gyroscope mounted on my face, the Rift was surprisingly light and left me with no concerns about weariness setting in during long gaming sessions.

My head-on demo consisted of an early version of Doom 3 BFG Edition, running on a MacBook Pro booted into Windows 7, with HDMI carrying the video, and USB providing the input. As soon as the glasses were on, things got a little trippy. My vision was transported into the Doom military base, and I took a moment to look around, drinking in the moody hues of the military installation, impressed by how effortlessly and fluidly my head’s motions were tracked. When I reached for the controller in the real world, my stomach lurched. My kinesthetic senses were telling me that my arms were outstretched, and yet, there they were, patiently holding the shotgun, awaiting my input. I was in two places at once.

With controller in hand, things got a little better – the right analog stick adjusted the height of the gun, and my left/right orientation, but I was able to turn my head for most of the turning and aiming. Having mouselook mapped to my noggin was surprisingly effective, even if it did feel odd to be craning my neck to draw a bead on targets as I was running and gunning.

There are plenty of tweaks planned for the UI – the version I was playing had HUD elements placed in the corners that weren’t visible on the Rift’s rounded displays – but the id programmers were already coming to grips with VR concessions. “You don’t want to move the player without them moving themselves”, Iribe explains. “Normally in the game, when you’re shot, you rattle a little bit, but Carmack had to take that out, because it immediately makes you nauseous if your vision is shaking but you aren’t. Developers will have to think carefully about the headset integration and tweak the gameplay so that people aren’t moving in a funny way and getting upset.”

“Today, we’re focusing on the headset and making the best it can be, but we are a VR company, and we’re interested in other input devices. Developers can integrate it with their own set of devices, whether it’s motion controllers, gamepads, joysticks or wands. We’ll be investigating all of this ourselves and listening to the community. We want to get the developers doing 3D audio and different kinds of motion controllers where you can see your hands in the games. Since the device uses HDMI and USB, it could be used in mobile devices for portable VR experiences.”

Of course, this is all stuff that’s up in the air, and once the dev kits are shipped in December, things will start to take shape a little more clearly, but there’s plenty of potential.

I was disappointed to note that I struggled to keep focus on the stereoscopic screens, which is likely due to my close-set eyes. The dev kits will have screens a fixed width apart, but the consumer kits will come with all manner of adjustable components to cater to every demographic, including those with neanderthalic features like myself.

Beyond Doom BFG Edition, first-person mech shooter Hawken will launch with Rift support, which is also a great showpiece for the Unreal Engine integration. The team have been inundated with requests from all number of studios who have heard the enthusiastic word of mouth and want a demonstration, so chances are the number of games that support the peripheral will grow aggressively. When the Rift hits the consumer market, the plan is for an ‘affordable’ device, that’s “not much different” from the $300 developer kit.

A Kickstarter campaign to raise a quarter of a million dollars to fund the creation of developer kits caught on the gaming community, with the final tally reaching almost ten times that amount. Iribe attributes this success to the fact that they’re offering a fundamentally new experience. “It’s not just a piece of software. It’s not a new box to connect to something. The experience used to be play an experience on a screen. Now it’s step into the screen and actually play it in virtual reality. That’s the holy grail that everybody has been waiting for, and it’s here.”

Considering that my gameplay demo featured no sound, and I was distracted with trying to conduct a worthwhile interview under time constraints, it’s incredible to think about how successful the Rift was in transporting me to another world. It’s a small taste of what the future holds, and a strong reaffirmation that the best days in gaming are indeed ahead of us.