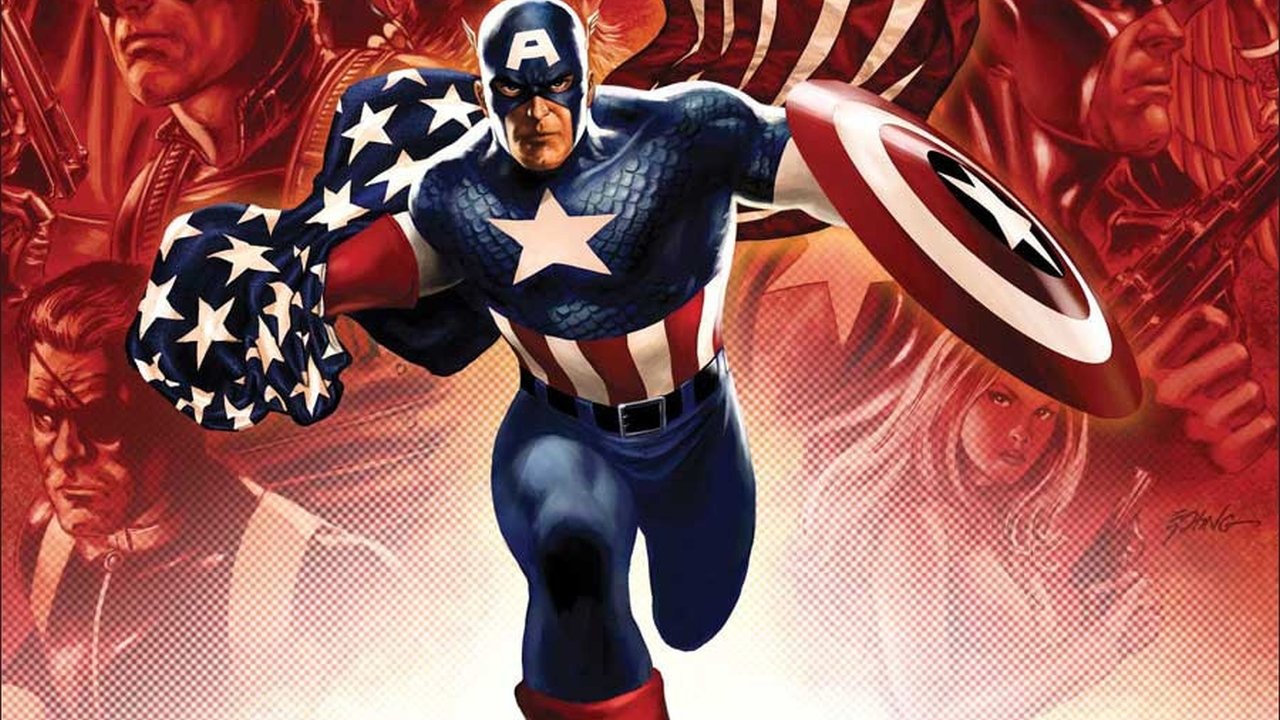 I’m sure that the Marvel NOW! event will bring us some great stories in time but so far all it has succeeded in doing is making me sad.

It’s sad to see such amazing creative teams come to an end, sometimes in the midst of some of the most interesting story arcs in comics today. Jonathan Hickman’s FF has been a blast to read and prominently features one of the strongest female role models in comics, Val Richards. She’s only 8 but she’s brilliant and funny, a complex, evolving character. Though the book focused primarily on the kids and was usually an all ages read, in no way was it just a kid’s book. The dialogue and events addressed adult concepts all while having some fun along the way. There’s room for dark and gritty comics (a term that I know makes many people twitch) but on some level, comics should still be fun. This was a perfect example of that.

Ed Brubaker writing Captain America made all the sense in the world. The concluding issue of his series explores Steve Rogers’ struggle with being Cap and encapsulates exactly what it means to be a national symbol of hope. Just the cover of Journey Into Mystery made my heart ache. Kid Loki is the most innovative take on a character that writers so often misunderstand and beset with clichés. When Loki is well written, he may be the antagonist but is never really the villain; more of a chaotic neutral force. This incarnation of the master of mischief brought an unexplored naiveté to him and his interactions with Thor felt more familial than ever before. The two are believable brothers who just happen to be Asgardians. And don’t even get me started on how great it was to see growth from everyone’s favorite former alcoholic, Tony Stark.

These are but a few examples of fallen series’ but there is some hope with the new titles. Several of the Marvel NOW! books have debutedand though the majority are still underwhelming, titles like Fantastic Four, Thor and All New X-Men introduce exciting new scenarios with a lot of potential. Overall though? The reboot seems unnecessary, confusing and not in fans’ best interests.

I understand why Marvel NOW! happened:panic and movie tie-ins. After years of Marvel reigning supreme in market share and in the top ten comic books every month, the New 52 (and subsequently, Before Watchmen) shook things up. The industry statistics compiled by Diamond Comics shows some telling developments. Despite there being more Marvel books out monthly and more DC books priced at $2.99 instead of $3-5,DC maintained a higher unit market share (copies sold) during the New 52/Before Watchmen launches and then lessened the gap between Marvel (in the lead) to under 5% of unit market share since fall 2011, compared to an average of 10% since 2007. Additionally, DC boasted nine out of the top ten books for all of 2011 and held the majority of the top ten spots every month in 2012, even during the AvX event. DC is still in second place, retail sales wise (except for a few times during the New 52/Before Watchmen events) butif thesefluctuations didn’t make Marvel at least a little bit nervous, they’d be terrible businessmen. 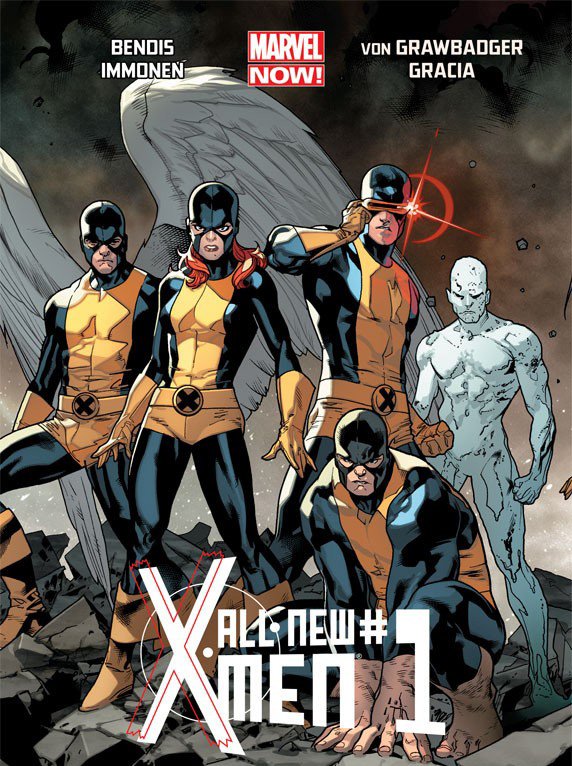 The overwhelming success of the Avengers film and moderate to grand success of the related films has Marvel *cough*Disney*cough* working to tie in their books more to the movies. Which is a great idea in theory for fans, retailers and publishers alike: the perfect way to get new readers to pick up comics. However, with Warner owning DC and Disney owning Marvel, there’s the potential for comics becoming little more than movie tie-in marketing material. Which is why I’m not entirely sold on Marvel rebooting chunks of the universe to suit the changes made in the cinematic versions of these beloved characters. Having a story arc or separate title to tie into a movie makes perfect sense. It sounds like the NOW! reboot includes some changes that will affect anything from the characters back history to their costumes. This is tolerable when the movies are good; well written, true to the character and the universe, a legitimate addition to their canon. But what happens when the movies are bad?

When DC launched the New 52, they wiped significant parts of every character’s history and even eliminated some characters entirely (as the Stephanie Brown fan brigade is all too aware). For good or worse, it was a sweeping change to the entire universe; an attempt to condense over 75 years of history into a more manageable narrative and make it easier for new readers to jump right into a series or fifty-two. It was a difficult transition and some may say an unsuccessful one for certain characters. Overall though, after the New 52 even I was reading more DC books than I ever had before. That’s a weird thing to admit to as someone who grew up very much a Marvel kid. Once the fanboys’ cries of disgust over the costume changes died down, sales are still stronger on most DC titles than they were before the re-launch. It may have been a gimmick but in an industry where universe-encompassing events are standard and the death of a character means nothing, it was a gimmick that worked and improved a lot of comics along the way. The fans continued support shows that.

Granted, Marvel NOW! may also turn out to do the same thing. The Marvel universe is in many ways much more confusing and nonsensical than the DC universe, despite being around for less time than their predecessors. Clone Saga anyone? That being said, Marvel has constantly rebooted their series’ over the years so how much of an impact could yet another one make? I guarantee you have more copies in your collection of pre-2010 Marvel #1’s than DC #1’s. Marvel’s overused go-to strategy to refresh a title, it made #1’s meaningless. Further, if you look at the titles being wrapped up to make way for the NOW! event, some have barely even hit double digits in their issue number as they’ve been rebooted so recently. Avengers and X-men, arguably two of the biggest Marvel titles, are only around the mid-30 issue mark. A reboot shouldn’t even qualify as an event if it’s a bi-annual occurrence. The fact that some of the rebooted titles refer to events that happened in the issue before the reboot? That’s just confusing and goes against the point of a reboot.

“I think fans deserve more, don’t you?”On the subject of confusing, not all titles will be affected by Marvel NOW!, and the ones that are, are not re-launching simultaneously. It’s a staggered launch, which can have its benefits (e.g., not over saturating the market all at once, allowing readers to space out purchases, letting talent wrap up existing stories) but can also make it very confusing for readers. Some of the characters they’re familiar with and reading about in other books may suddenly be vastly different in the new NOW! titles out the same week. Or not different at all, other than a slight costume change, which was the case with Iron Man #1. At least with the New 52, you knew every DC book you picked up was part of that overhaul. Just like during other universe spanning events, keeping track of what affects whom in every book you’re reading can be a frustrating experience. Will the copy of Avengers I pick up this month feature the old versions of the Avengers members or the NOW! versions? Will it be Captain America NOW! in the main Avengers book or Captain America before? Will the Dark Avengers exist in the same universe as the NOW! Avengers? This sort of confusion is unfortunately not new to comic fans, especially when it comes to events, but I don’t think that should be the status quo.

And that’s the point of this post: changing things up and keeping characters fresh is important in comics but there’s always a better way to do that. Focus on story lines and artwork that suits the title/character. Communicate changes in a way your audience understands. Cut redundant or outdated titles that don’t add anything new to the mix. These are all things DC managed to do with the New 52, despite all the grumbling beforehand from fans. DC may have dropped the ball on some characters or titles but overall? It was a pretty successful promotion. So far the Marvel NOW! event has only succeeded in one area: announcing a few creative teams worth being excited over. The negatives? First off, fans and retailers alike are confused with how the event works and will be rolled out. The scenarios I’ve included above are based on research and conversations I’ve had with several retailers and fans who still aren’t clear on what the NOW! event will change. If you’re communicating properly, you shouldn’t get multiple answers to the same question. Secondly, Marvel is maintaining multiples of the same titles instead of trimming the fat; using a character or team name that sells to ship sub-par filler stories to fans. It’s an approach that says, “We know you’ll buy books anyway so why bother making it easy or as enjoyable as possible for our readers”.