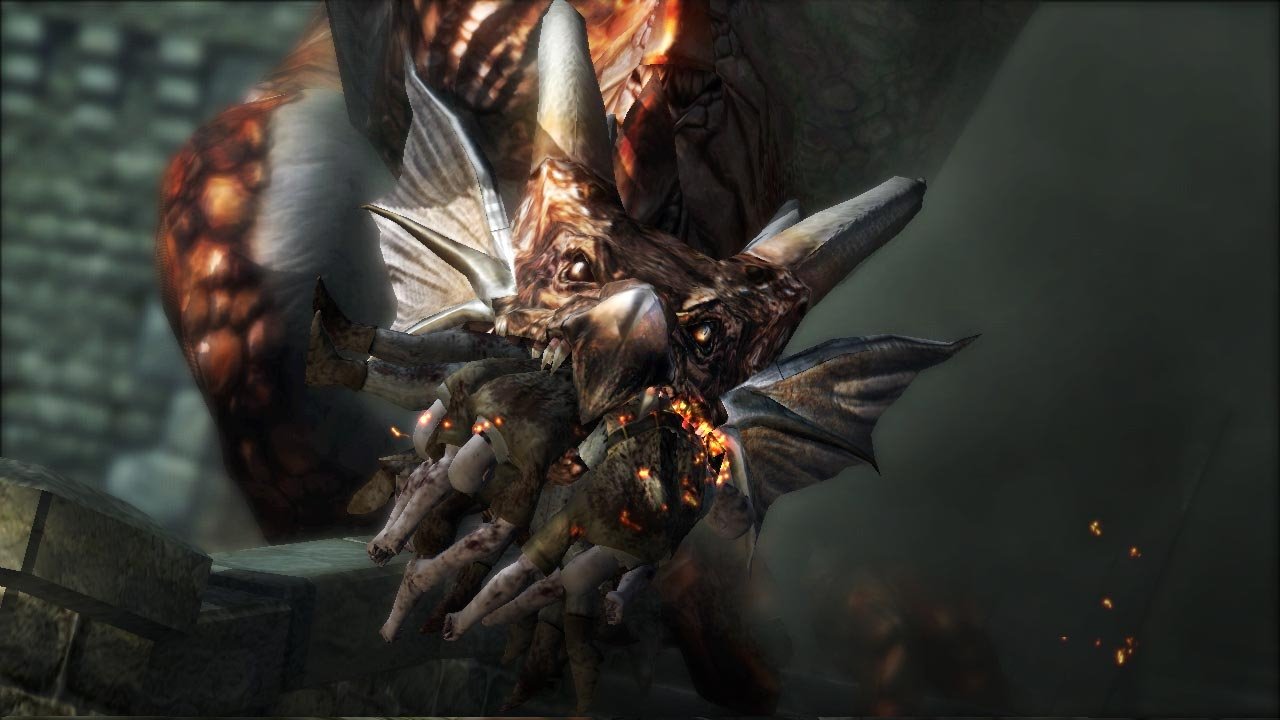 The quarter munching mentality of the 80s arcade dictated that arcade owners only wanted customers to get in a few minutes of playtime before their lack of Uber Skill sent them reaching for more money as the “Game Over” screen hit them in the face. Games had to be hard because an entire afternoon’s worth of entertainment for just 25₵ is not profitable.

"What creator would be happy knowing that people weren’t able to see a creative work through to the end?"But then a funny thing happened. Those games that enchanted people at the arcades eventually made their way home and they didn’t cost a quarter to play, they cost $50. However, they still frequently thrashed players with challenging arcade-like difficulty, as anyone that’s played Ghosts n’ Goblins or any Contra game on the NES will tell you. This continued for many years, until the dawn of the new century. In years since the calendar rolled over to 2001, there’s been a noticeable drop in what would constitute the “normal” or “medium” level of difficulty that most games are set to by default. Games are now easier than ever to finish, with more generous checkpoints, regenerating health, more vulnerable enemies and a whole host of other strategies that ensure players have the best possible chance to experience a sense of action and/or tension, while still having a strong chance of seeing the final credits roll.

There are many reasons for this. From an artistic standpoint, what creator would be happy knowing that people weren’t able to see a creative work through to the end? From a commercial standpoint, it makes sense to leave people with a positive experience of their time with a product. If they walk away frustrated and defeated, those feelings will be remembered the next time they consider picking up a new title, but if they only remember the fun and excitement, the likelihood of a sale is obviously much higher.

So we now live in a world of gaming where the developers don’t want you to throw your controller at the screen in rage. Well, maybe From Software still does, but we’ll get to that in a minute. Because games are easier to complete and demand less from the players, more people are getting into games. The Wii craze and the staggering sales of simple games like Angry Birds are testament to the fact that if you make these experiences easy to get into, you make your product accessible and more appealing. Call of Duty does this in similar fashion, forgoing the tactics and strategy of something like the old PC standby Counterstrike for something faster and more concerned with adrenaline and rapid fire than peerless, synchronized teamwork.

"Games had to be hard because an entire afternoon’s worth of entertainment for just 25₵ is not profitable."As a result, we’ve gotten a few titles here and there that are now outliers. They take pride in their difficulty, they make it a selling point. Demon’s Souls is frequently cited as one of the hardest games in years and the majority of people that play it don’t finish it. Fewer still get the platinum trophy. The “old” hardcore, the ones that grew up in the Atari and NES era of gaming lament this state of affairs, saying that more games should go back to being like this.

But is that actually a good move?

I consider myself an above average gamer. I’m not at the top tier of skilled players, but I have my fair share of platinum trophies, including more “l33t” ones like Demon’s Souls and Mirror’s Edge, so I’m not put off by a difficult game. And yet at the same time, some of the most memorable games for me in recent years are titles like The Walking Dead and Mass Effect 2. And now I see gaming at a juncture, and there are some decisions the people at the top have to make.

At the top of the pyramid are the hardcore who want the most original games, or the most challenging experiences. Then there’s that big fat middle that is the mainstream gamer, the Call of Duty guys that just want a good time feeling like a bad ass, and beyond them, an even bigger bottom that consists of the casual gamers. The big money for traditional, $60 retail games is that middle with the mainstream gamer, as Halo and Black Ops 2 have proven recently with their sales numbers. So should the industry try to challenge those gamers? Ratchet up the difficulty a few notches and remind everyone of why games were such intense, gruelling experiences in the first place? Or is a permanent, more accessible experience a happy price to pay for gaming being something that more people can get into?

Personally, as long as the game challenges me in some way, whether it’s the choices it forces me to make, the ideas it presents to me, or even a plot twist I never saw coming, the question of difficulty isn’t the only deciding factor for why a game engages my attention. And for people that really want a challenge, that’s what putting it up to “hard” or whatever goes beyond that is for.