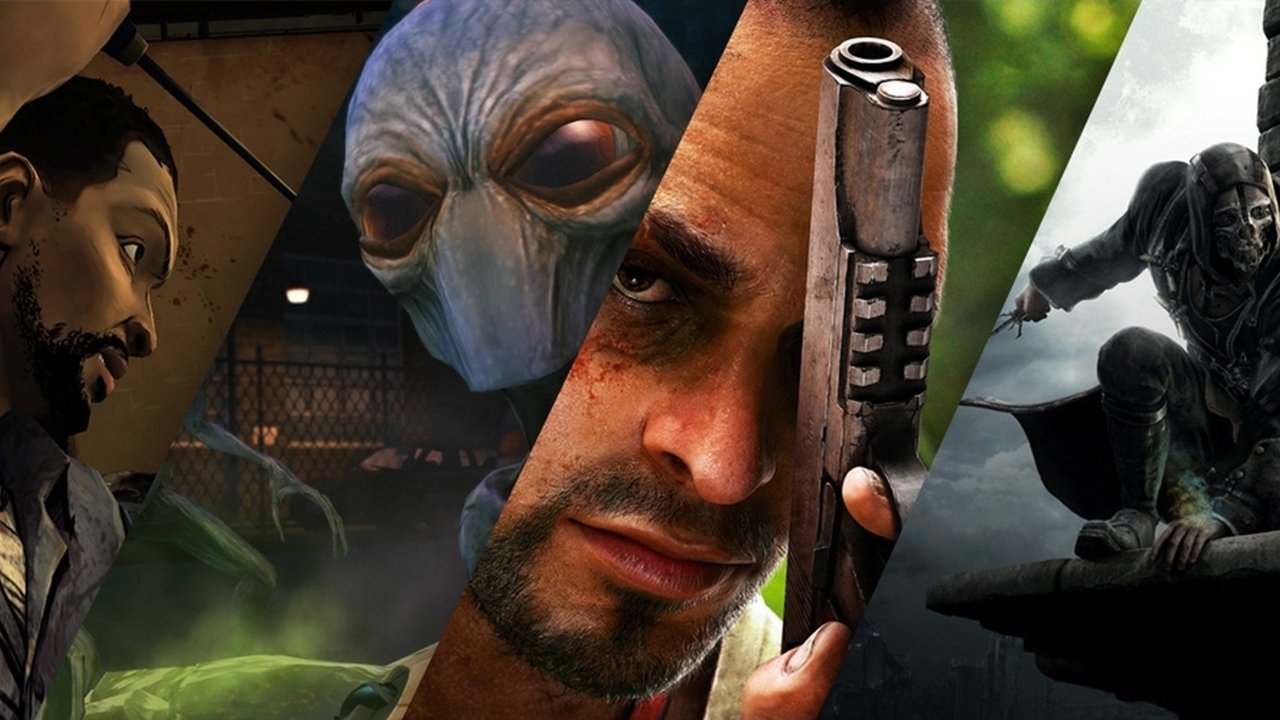 2012 is almost over and we failed to be hit by an asteroid, catastrophic alignment of stars or massive epidemic of natural disasters. Instead what we got was some pretty decent comics and games, as well as the debut of Wii U to mark the start of a new console generation. As we see this year out, it’s time to look back at what has gone on, and recognize excellence when it has happened. While everyone at CGM has had their fair share of entertainment products that failed to live up to their goal, there were always other works that reminded us of why we love comics and games so much. Now it’s time for us to show you what we the staff at CGM, thought were some of the best things that 2012 had to offer.

Firaxis did an amazing thing in 2012, they took a genre that has been steadily dying, revamped a franchise that has its fair share of purists and then took those two elements and somehow made them work on consoles. In a lot of ways, this was a death defying high wire act because so many risks were taken in the production of this game. Turn based strategy games haven’t been popular on consoles for years, with even critically lauded titles like Valkyria Chronicles sinking into the financial abyss. Add on to that the near mythic status that the X-Com franchise in particular has built up around itself and the sour taste left in the mouths of many fans when it seemed like a retro 50s FPS was going to come out first, and things were looking pretty dicey for Firaxis.

In the end, it all came together. It’s obvious when you play the game that lead designer Jake Solomon was a fan of the original X-Com: UFO Defense . He and his team stripped out the mundane aspects like ammo manufacturing, and even some big aspects, like defending your own base from alien attack, but the essence of franchise? That’s in there. XCOM: Enemy Unknown is as a tense and stressful an experience as any knock-down, drag out FPS encounter. The brutal perma-death, the mercilessness of the AI and the random nature of the battles always ensured that players never knew what they were getting into and that Darwinism ruled the roost; you adapt or die.

It’s because of this that XCOM: Enemy Unknown is one of the best games of the year. It shows the “easy to learn, difficult to master” ethic at its best. It remains true and respectful to a franchise that demanded players rise above and beyond the typical power fantasy to really give it their best shot in a fight. And it preserves the integrity—and sheer mortal terror—of one of the best PC franchises of the 90s while streamlining the frills to provide a fast paced, essential gaming experience. XCOM: Enemy Unknown like chess or poker, is a timeless game you can return to again and again.

This year has been a fantastic year for games, but none stand out as much as Dishonored. The team at Arkane Studios did a marvelous job crafting a game that immerses players in a world of darkness, deceit, but also hope and charm. As you dig into the game it is clear that a great deal of thought and care went into every aspect of the narrative, from the simple act of playing hide and seek, to the inevitable betrayal, you feel for the protagonist and the child in his care.

Few games can evoke the feel of a living breathing city, but Dishonored captures that atmosphere beautifully. The steampunk aesthetic of the decaying empire is the perfect backdrop for the dark story of betrayal and revenge. The characters and world are key elements that make Dishonored so unique this year. The world changes due to your actions and so does the child you care for. If you choose to litter the streets with blood and bodies, the chaotic nature of the world is reflected in her actions, drawing dark images and becoming morbid. If you take down the enemies with tact and skill, she keeps the kindness that will make her a great ruler of the empire.

The scope and sense of verticality was also something that set Dishonored apart from many of the stealth games currently available. Using a mix of supernatural powers and skill, you and scale great heights of the city to tackle problems as you see fit. Missions are presented in a way that allows the player to take them on in many ways. The more you explore, the more the world opens up and new paths and options are presented for you. This is a game that gives as much as you put in. Dishonored is a welcome change from the linear, follow-the-leader nature of many modern action experiences.

Will the kingdom of Dunwall crumble or be built up anew? It’s all dependent on your style of play and how you choose to overcome the obstacles before you. Overall Dishonored presents an experience that can be found in no other game this generation, one of stealth, morality and disturbing beauty. I am proud to nominate it as my game of the year choice.

Another year, another few hundred hours of my life spent clutching a controller. I have to admit that while I played many, many games in 2012, nothing jumped out at me as being a new milestone masterpiece like say Arkham City which blew my mind all over my face last year. There were still great games though and while I could wax on about beloved titles like Mass Effect 3, The Walking Dead, or Journey, I won’t be doing that. Nope, I’ll leave that to my C&G colleagues and instead I’m going to pick the game that I simply had the most fun playing in 2012. When I look back on all those wasted gaming hours last year, one title stands out as being the most ludicrously entertaining. That game was Max Payne 3 and while I’m sure no one else would choose this as their game of the year, it is the one I had the most fun messing around with. Max Payne 3 isn’t the world’s most groundbreaking game, but when you’ve got a goofy grin on your face while diving through the air in slow motion and blowing away third world scumbags, it’s hard to complain.

Here’s the thing, I’m a child of the 90s and therefore I love me some super slow-mo acrobatic John Woo shootouts. The Max Payne series was thankfully designed entirely around that mechanic and I’ve always loved it. The original games are a bit punishingly difficult and dated though, so thank God Rockstar stepped up to update the series. The core mechanic of Max Payne 3 remains the same, but Rockstar revitalized their world to shove Payne into a South American crime war and wove a sleazy tale a massive scale via some very cleverly designed cut scenes in a jittery style reminiscent of the Crank movies (and ingeniously used to mask load screens). Yes, the action was a bit repetitive, but the way the story spilled into the game play offered an impressively cinematic experience and lines like “I wouldn’t know right from wrong if one was poor and the other was banging my sister” perfectly established the hard boiled crime world. I found the multiplayer modes a bit dull, but the main story was a blast. Max Payne 3 is not Rockstar’s finest crack at this sort of thing (that’s still Red Dead Redemption), yet it did prove the studio is still the best at blurring the line between cinematic and gaming pleasures. This was an underrated action gem and a great way to keep us Rockstar addicts satisfied before GTA V comes along. If you missed it, and many did, go grab a used copy now. Max Payne 3 is ultra-violent bliss from the folks who do that better than anyone.

When the staff here at CGM was deciding who would be reviewing this fall’s AAA titles it came as no surprise that I was assigned a few first-person shooters. I was concerned that by the end of the season I would have a serious case of shooter fatigue. As things turned out, I managed to avoid Halo 4 and Call Of Duty: Black Ops 2 so with shooter fatigue effectively averted I went into my review of Far Cry 3 with a fresh mind and low expectations. The marketing was annoying and the multiplayer I played in April at PAX East 2012 left me feeling very underwhelmed. If you’ve read my review of FC3 you’ll already know that this game blew me away in a pleasant, surprising way.

Far Cry 3 features an excellent blend of gameplay options from stealth to all out Rambo style action. The side-quests are interesting and the story is a well presented action romp filled with unique characters and thrilling moments. The sheer amount of content and activities found in the single player campaign is worth your 60 dollars alone and the additions of multiplayer and a separate co-op campaign stretch that gaming dollar even further. For being one the best designed first-person shooters in recent memory I will gladly hand over my vote for game of the year to Far Cry 3.

Personal Game of the Year: The Walking Dead – Telltale Games

There will likely come a time, several years from now, when videogames are played as either narrative or gameplay experiences instead of the traditional blend of the two we have now. The Walking Dead, Telltale Games’ adaptation of the (dreadful) comic book series and (mediocre) TV show of the same name, will likely stand as the point at which this schism became clear. There’s very little actual “game” to play here, all of the worthwhile action taking place within timed conversation responses that highlight the agonizing decision-making required in a post-apocalyptic world. Instead, the story of Lee, Clementine and the rest of the game’s volatile group of survivors takes precedence over everything else. Its simplistic puzzle-solving and unsatisfying shooting sequences have drawn criticism, but those moments are ancillary to Telltale’s goals and are always dwarfed by the game’s enormous accomplishments in seamlessly blending interactivity and authored storytelling. Some will decry The Walking Dead as an “anti-game” for the above reasons, but they’ll be missing the point. What Telltale has developed is a path forward for videogames — a design theory that stresses narrative enjoyment over tests of skill. This, to me, is what makes The Walking Dead remarkable and the highlight of 2012. 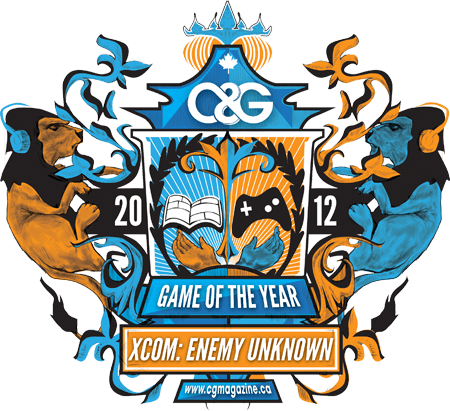 The nominations were made, the discussions ensued and in the end after painful eliminations and lots of circular arguments, a victor emerged from the smoke. XCOM: Enemy Unknown is CGM’s 2012 Game of the Year. Of all the games discussed, XCOM was the one that contained more re-playability, open endedness and sheer terror than any of the other titles considered. Yes, Journey is quite possibly the most artful game produced in gaming to date, and that’s why it comes in second, but it’s also a singular experience that doesn’t provide as many possibilities for play as Firaxis’ bold re-imagining of a franchise everyone had almost given up for dead. So congratulations to Firaxis and 2K Games, it was a tough match, but you came out the winner.