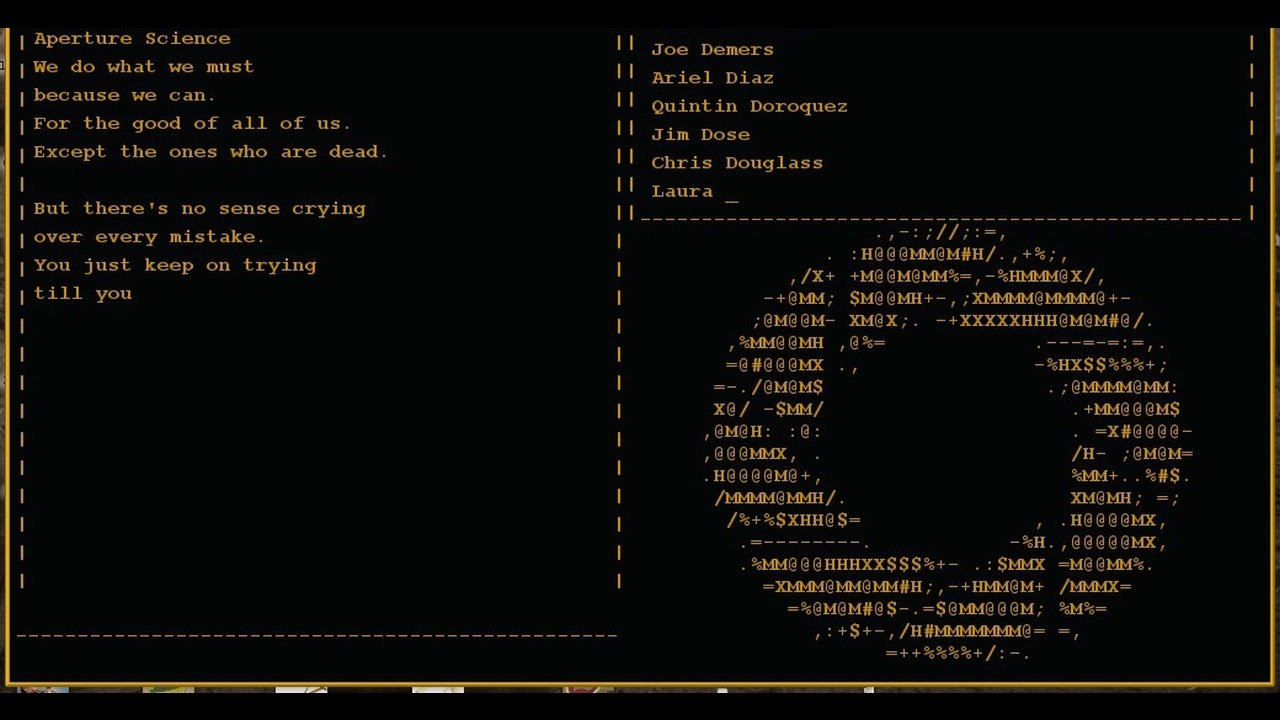 When reviewing a game it’s always best practice finish it.

Unfortunately, this means I have to sit through any number credit sequences. In my younger days I enjoyed watching the credits crawl because it allowed me time to reflect or at least to bask in the glow of my accomplishment (Remember when finishing a game was an accomplishment?). Now that I’m a lot older, a lot busier, and a lot less patient I respectfully watch the names of those who made what I’ve just played scroll by but in my head I just want the damn thing to end. I’m not saying that designers, programmers, artists and others don’t deserve credit for their work but I think that when it comes to these ridiculously long credit sequences we need to dial it back a bit.

Back in the 1970s there was this little company that made videogames, you may have heard of it, they were called Atari. During its heyday Atari had the odd policy of forbidding game designers from taking credit for their work on its titles. This means that Atari games had no credit sequences, upon completion the player was normally shown a single screen that said “Game by Atari” or something similar. It was definitely a far cry from the 12 minute lists of pets, babies, and secretaries we get these days.

Is the Atari model appropriate? No, because people work hard one the games we play and they deserve to have their name in lights. However, I feel that at this point we’ve reached the other polar end of the spectrum and are now overkilling when it comes to credits. To me it smacks of “Everybody gets a trophy day”. I’m sure all the developers appreciate “Sally secretary’s” winning smile every morning but how exactly does it contribute to the game as a whole? The truth is it doesn’t. Credits now even go beyond this phenomenon of listing the companies HR roster and now have credit sections dedicated to “Development Babies” and “Dev Pets”. Ken Levine did a fantastic job designing and directing the world of Bioshock but when it comes to the guy’s cat… who cares?

Now, I’m not one of those guys who points out problems and never offers up a solution. So here are some solutions to make credit sequences a bit more bearable.

One: Make that shit interactive. I mean this is a game after all. This has been done in popular games like Little Big Planet 2 and Super Mario Galaxy but I think it needs to be done more often. It’s as simple as pasting the credits across the chests of faceless Russian soldiers in Call of Duty and having the player shoot them. There – I gave you that one for free.

Two: Make them at least kind of interesting. No games are coming to mind but consider the end credits to Disney/Pixar’s Wall-E. The end credits of the film showcase human and art history by displaying a brief epilogue to the film’s story. It’s exceptionally cute and really amazing to watch. The fact that it’s all set to “Down to Earth” by Peter Gabriel doesn’t hurt either. They’re not interactive but it’s still my favorite credit sequence of all time.

It’s possible that if game makers had been able to put their names on their work from the get-go we wouldn’t have gotten to this point. Unfortunately we have and I think that if game developers want people to care more about who worked on what part of the game they need to address this issue. Because let’s face it we’re all guilty of hitting the bathroom as soon as the credits roll at least at one time or another.