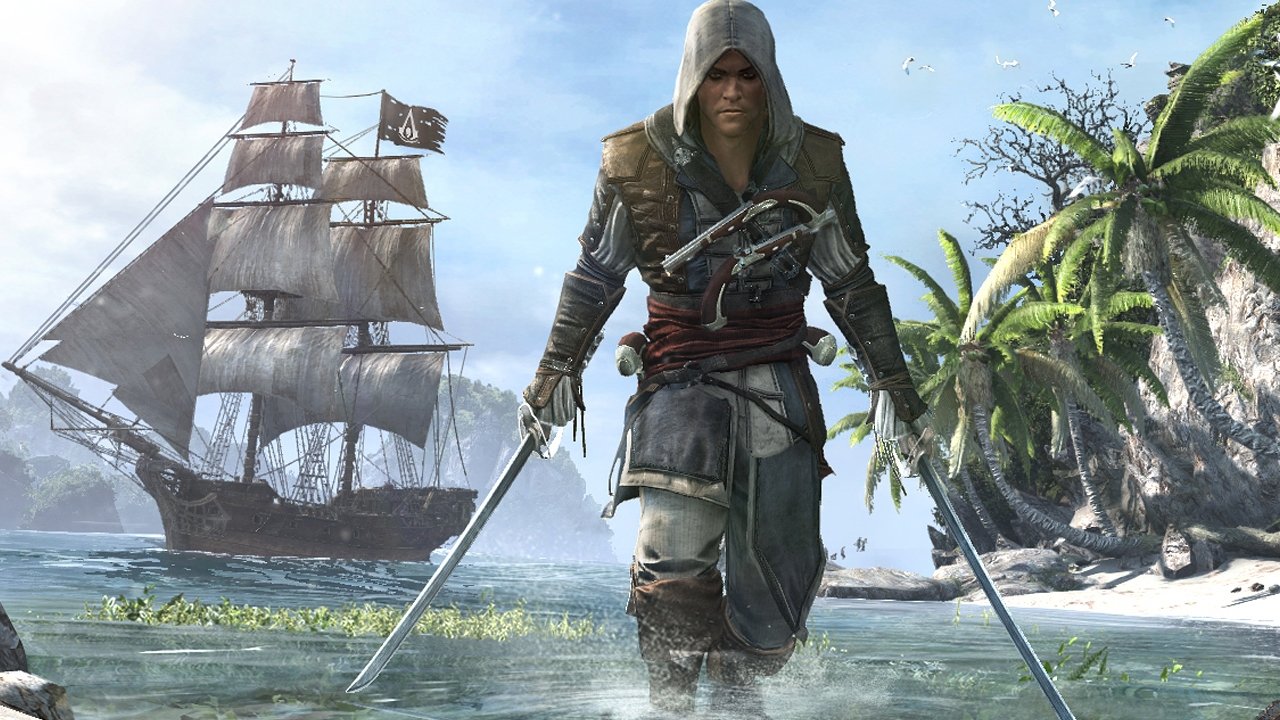 The first details of Assassin’s Creed IV: Black Flag have been announced, along with the official reveal trailer from Ubisoft.

As was already known last week, Black Flag features a pirate theme taking place earlier in the 18th century than Assassin’s Creed III. Naval combat will carry over from the previous game, as was necessary with all the pirates being present.

The main protagonist will be (Captain) Edward Kenway, the father and grandfather of Assassin’s Creed III’s Haytham Kenway and Connor.

The debut trailer of Black Flags shows Blackbeard touting the exploits of Captain Kenway to a group of pirates and showing Edward in action in a pre-rendered sequence. Check out the trailer below. Assassin’s Creed IV: Black Flags is currently confirmed for Xbox 360, PlayStation 3, Wii U, PC on Oct. 29, 2013 as well as the recently revealed PlayStation 4.