The Biggest Problem With BioShock Infinite 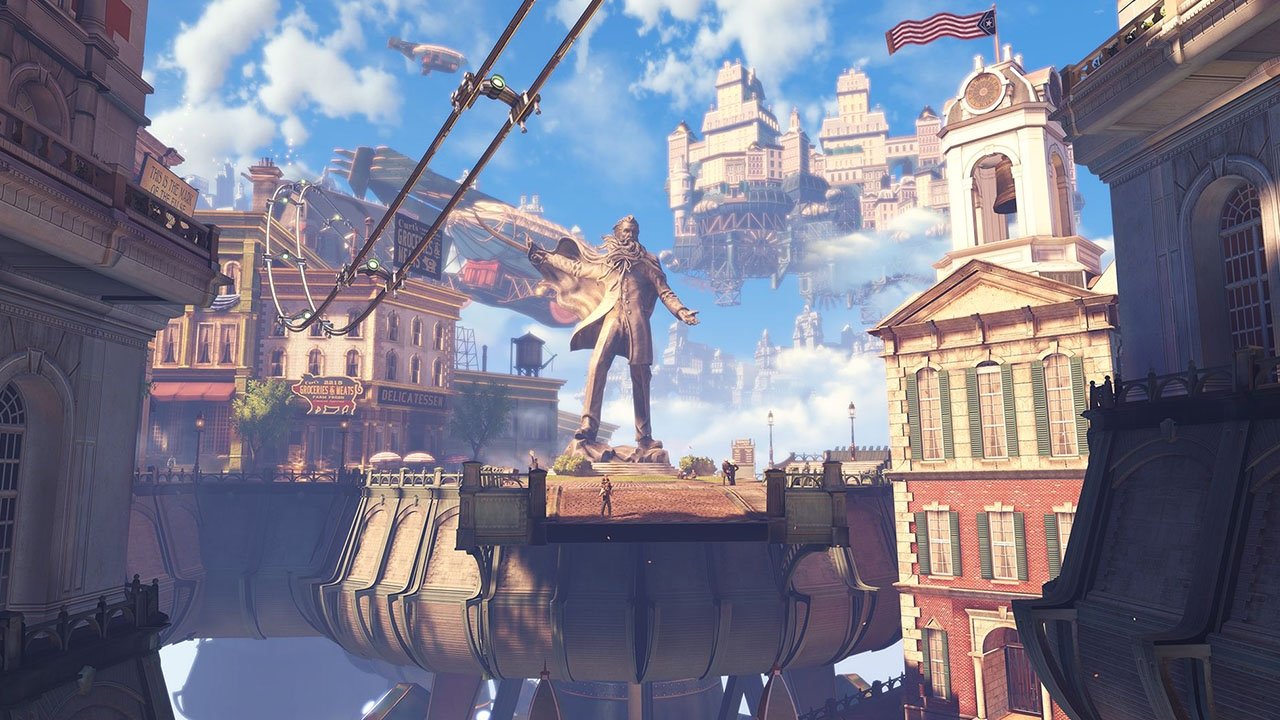 Aside from its fascinating story, Bioshock Infinite‘s greatest success is in how convincingly Irrational Games managed to render the game’s floating city of Columbia.

Just as the original Bioshock created a simultaneously familiar and otherworldly setting in the underwater, art-deco laden dystopia of Rapture, Infinite presents players with a version of 20th century America that is as imminently recognizable as it is foreign. The opening hour of the game allows both protagonist Booker DeWitt and the player to ascend to the mysterious city and discover its breathtaking vistas in tandem. The sense of exploring somewhere entirely new, walking through early 1900s streets displaced to the clouds, provides one of the most powerfully compelling settings in videogames to date. 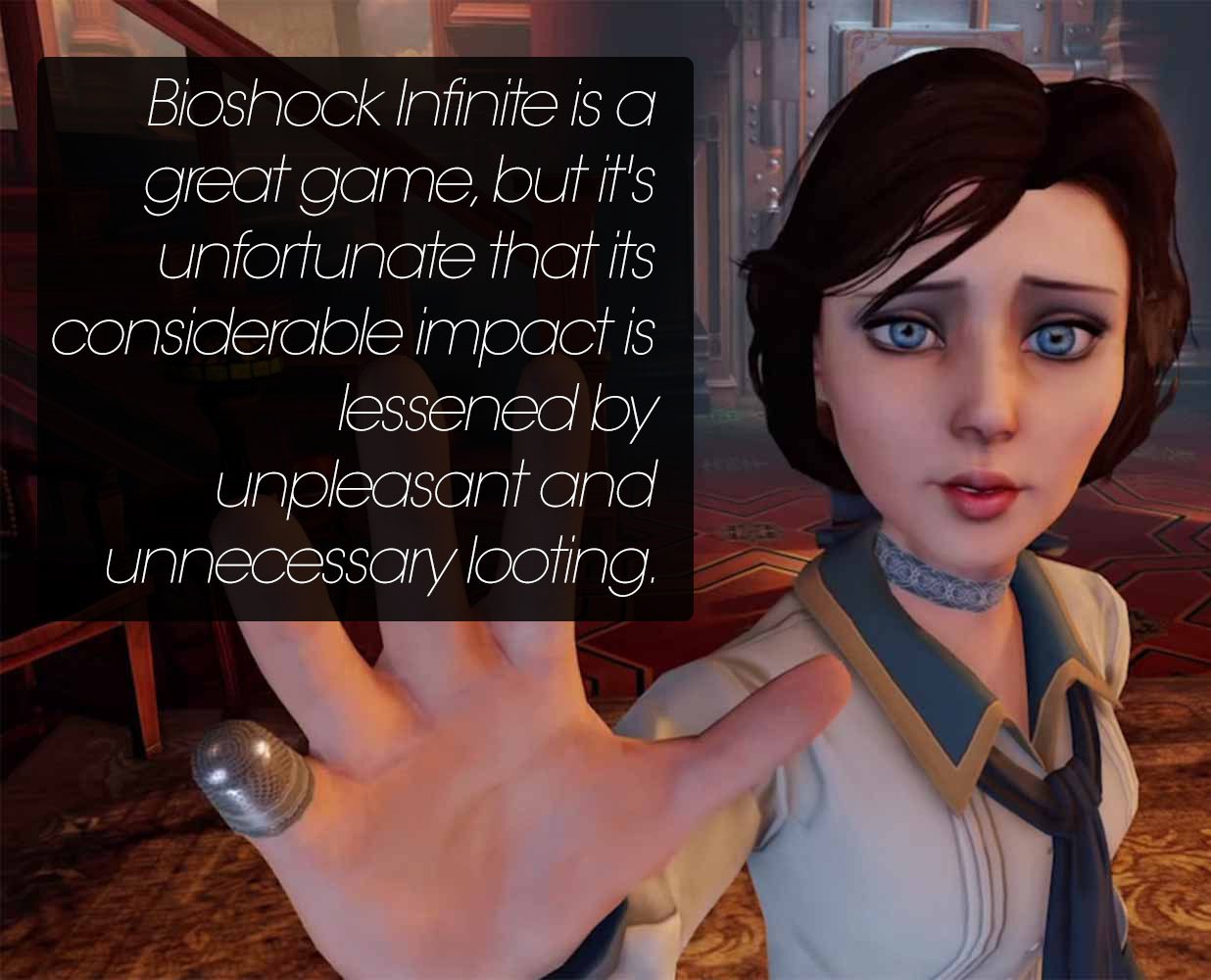 There comes a moment not long after arriving in Columbia, though, when the breathtaking scenery of anchored city blocks floating in mid air and the towering golden statues piercing the horizon of gorgeous blue skies suddenly take a backseat to the banality of a much less impressive element of the game: looting the environment for items.

For all of Infinite‘s narrative and visual ambition, Irrational Games makes it very clear that its work is not meant to stray too far from traditional videogame conventions. This becomes extremely evident as the player begins discovering a variety of weapons, Vigors (essentially combat spells) and clothing upgrades within the first few hours of the game and goes about putting them to use through shooter-style battles against Columbia’s waves of aggressors. Though I’d argue that the game’s combat mechanics, with their almost cartoonish level of gore, fit Infinite‘s subtly grim atmosphere and its story (centred as it is on a character seeking redemption from his violent past), the item collection/looting system does the opposite, upsetting the verisimilitude of the city and cast of characters.

Irrational Games’ level designers and art directors have done a tremendous job of constructing what feels like a living, breathing city. Columbia is filled with shops to look through, houses to explore and a myriad of nooks and crannies worth inspecting. By filling each of these areas with drawers, barrels and desks containing items ranging from realistic office detritus (cigarettes, coins) to the absurd (hotdogs, rocket launcher ammunition) that players must collect if they’re to survive, Infinite removes its audience from the world it so carefully crafts elsewhere.

This, to me, is the game’s biggest failing. So much of playing Infinite is spent not looking at the extraordinary sights of Columbia, but instead aiming the camera waist-high to have the best possible view for ransacking every loot-containing crate or desk. Entering a new room, alley or battle arena becomes a matter of systematically sweeping the area for items — taking care of chores, really — before it feels appropriate to start truly absorbing the beauty of the level design. All of this diminishes the extraordinary impression that first entering the city makes. As soon as loot becomes apparent as a gameplay mechanic the grandeur of each set piece is less obvious than it otherwise would have been.

The problem with Infinite‘s item-strewn world is compounded even further by game design that seems as if it would be perfectly functional without having to encourage obsessive looting. Any benefits that come from looting (the sense of satisfaction that comes from upgrading weapons and Vigors with collected money, the ability to refill health and the salts that allow Vigor use) could have been easily replaced with other, less intrusive mechanics. The inclusion of the looting system feels, ultimately, like more of a lazy throwback to the conventions of older Bioshock games than a deliberate design choice arrived at after careful consideration of what kind of experience Infinite was hoping to provide its players.

Bioshock Infinite is a great game, but it’s unfortunate that its considerable impact is lessened by such an unpleasant and unnecessary mechanic. As it stands, Columbia is a city where exploration often feels like a series of errands instead of what it should be — an interactive tour of an incredibly realized world.