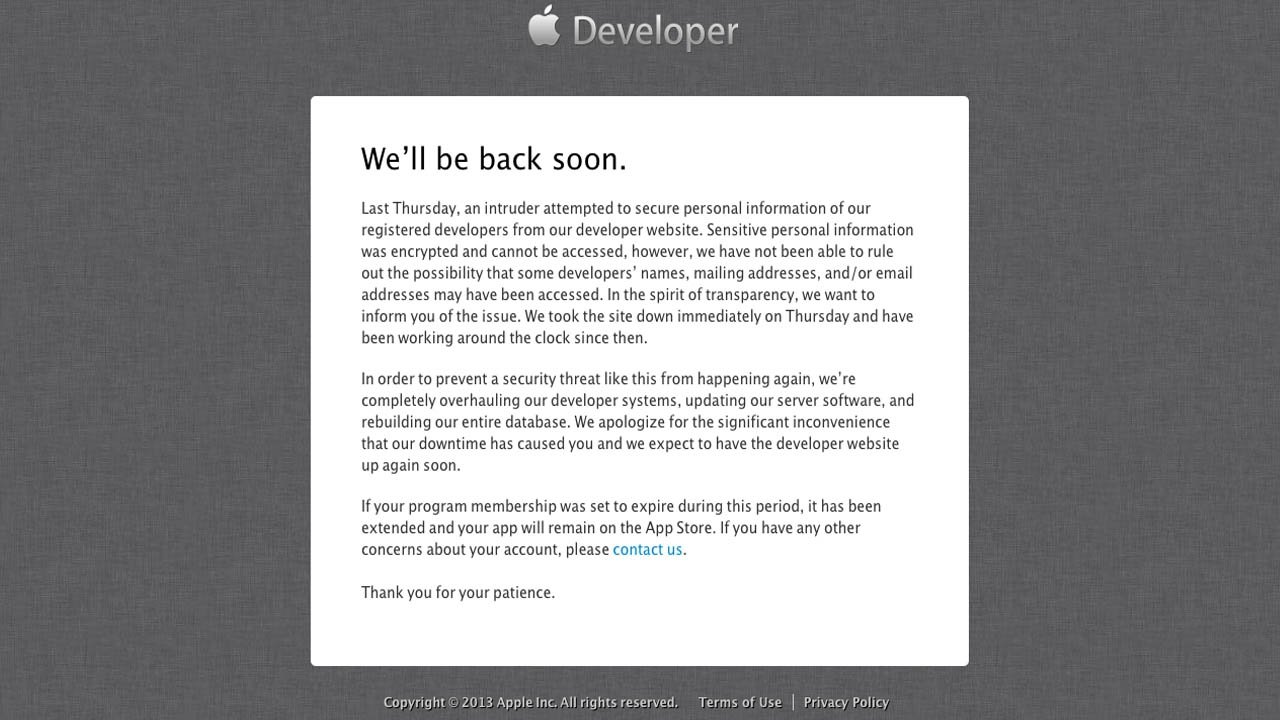 According to a statement released by Apple, the hacking attempt occurred last Thursday. At that point, Apple decided to take the site down in order to resolve this security threat.

“Sensitive personal information was encrypted and cannot be accessed, however, we have not been able to rule out the possibility that some developers’ names, mailing addresses and/or email addresses may have been accessed,” the statement reads.

Apple also plans to correct future security threats by “completely overhauling” its developer systems, updating server software and recreating its entire database. Memberships set to expire during this period have been extended.