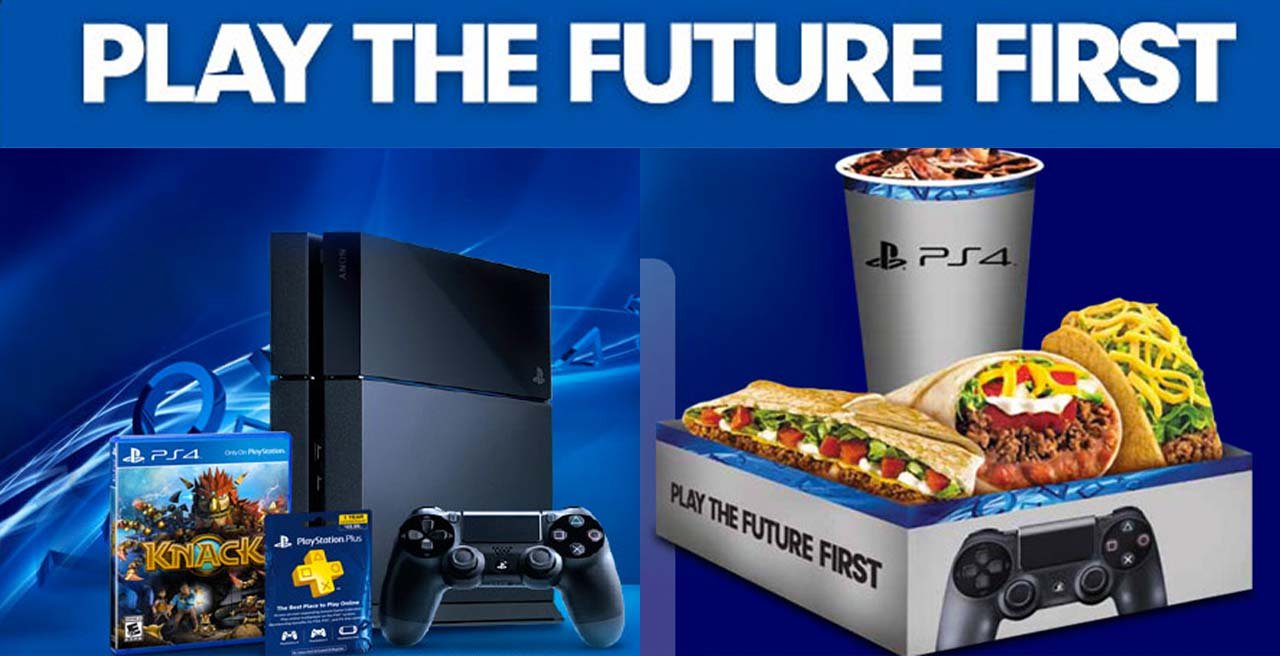 To promote the Nov. 15 release of the PlayStation 4, Sony has teamed up with Taco Bell in a contest that would grant players an early-bird opportunity to experience the next-generation console.

The contest, named “Play the Future First”, requires for participants to purchase a $5 Buck Box or Big Box from participating Taco Bell restaurants. Entrants are also required to identify and text in a unique code within the Buck Box or Big Box. The prize bundle includes the much-awaited PlayStation 4 console, as well as the Sony-exclusive title Knack and a one-year PlayStation Plus membership.

The “Play the Future First” contest begins Sept. 26 and runs until Nov. 10. Contest winners would receive their prize packages on Nov. 12—three days before the PlayStation 4’s North American release. The contest is open to residents in the United States.