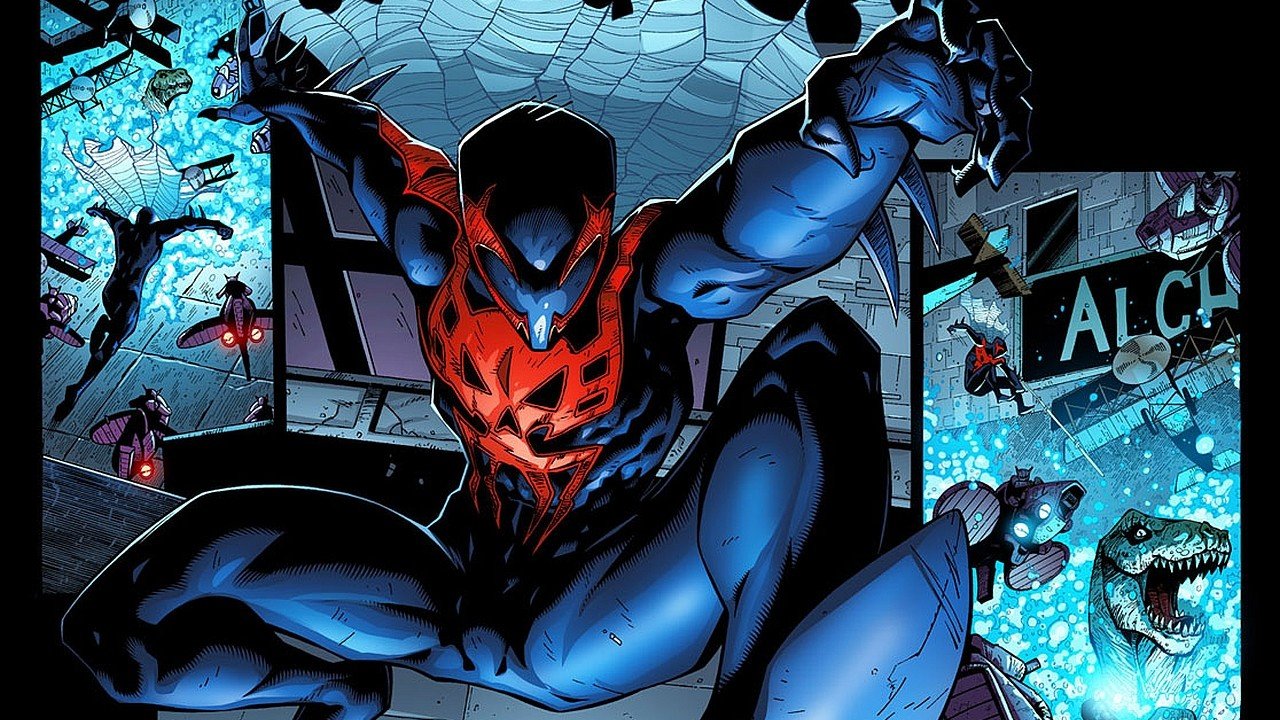 The Necessary Evil series comes to a close in Superior Spiderman #19, which wraps up massive changes within the world of Spider-Man and the Marvel universe.

The highly anticipated return of Miguel O’Hara, also known as Spider Man 2099, is one of the highlights of the series. The last issue of Spider Man 2099 hit stores in 1996, and the previous meeting between O’Hara and Peter Parker took place before Doctor Octopus’ consciousness took over Peter Parker’s body. This transformation brought about the Superior Spiderman series, and their current run-in with each other is interesting to say the least.

The Necessary Evil revolves around Spider Man 2099 entering our timeline – also known as the Heroic Age –  in an attempt to find the anomaly which is damaging his timeline. In the crossover series’ conclusion, the only key to saving everything lies within Peter Parker’s memories, but Otto purged them, and must now find a way to bring them back.

The time jumping aspect of the series is evident in many Marvel stories currently out right now, possibly leading to a massive event down the road. Little bits of foreshadowing are sprinkled throughout The Necessary Evil, which will no doubt be expanded upon later in other issues.

The stakes are high, and O’Hara’s presence is refreshing, as his no-nonsense attitude works well with the intensity of the situation. Superior Spiderman #19 came out yesterday, which will be followed by the next issue on Nov. 6.