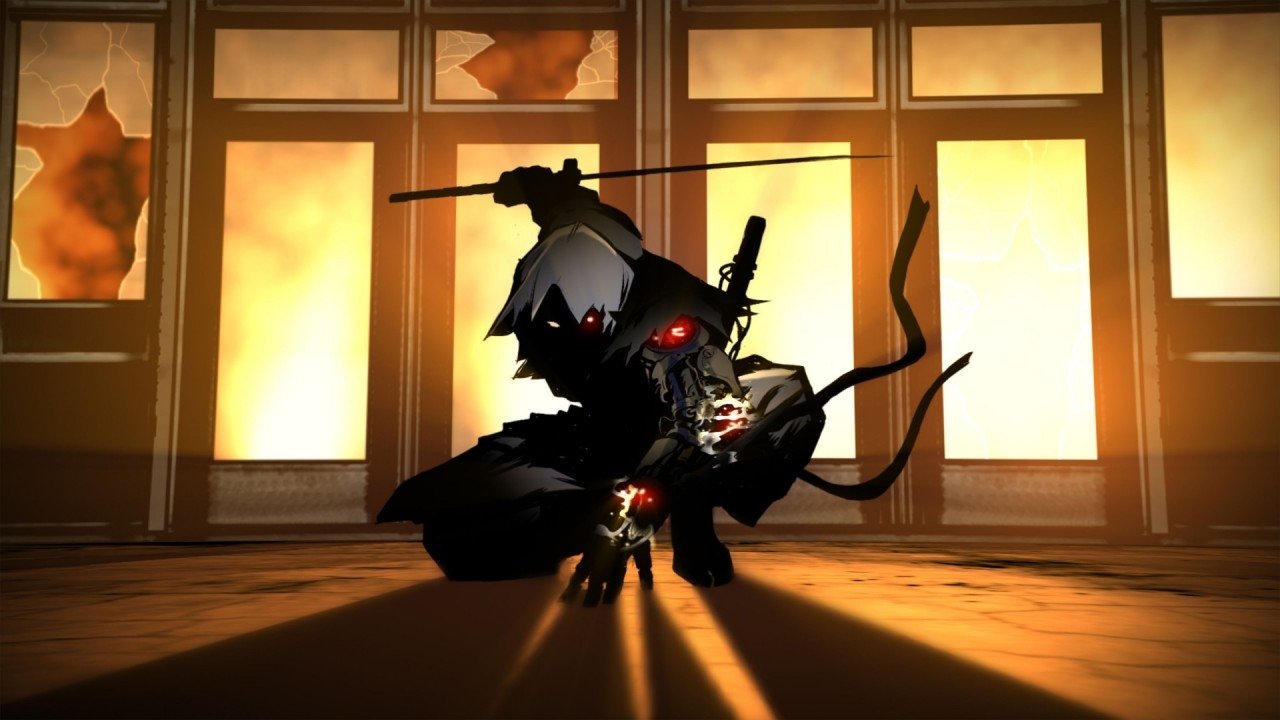 I’m all for change.

It’s necessary when a game series is looking to move forward and trying to escape the shadows of its predecessors. At times this involves the introduction of a new character, a change in setting, or a combination of the two. However, when it comes to Ninja Gaiden, there are certain things you’d like to see intact, and others you would like to see expanded. New main character for the series? That makes sense, Ryu had a nice run, and it seems appropriate that a new ninja should take the lead. Cel-shading? Okay. Well not quite what I was expecting, but it does sets it apart visually from previous Ninja Gaiden games, which lately haven’t done much to enhance the visual style. Zombies and an annoying blabbermouth who spouts horrendous one-liners? No thank you. I have a copy of Deadpool already. His one-liners for the most part are actually funny though.

The newly released trailer for Ninja Gaiden Z, a collaboration project between Team Ninja and former Capcom producer Keiji Inafune, would be much more impressive if you turned off the volume, or replaced the sound with trailer music. As soon as the game’s antagonist Yaiba opened his mouth, I completely forgot I was watching a game that has ties to the Ninja Gaiden series. The inclusion of Ninja Gaiden in the title just feels like a last-minute slap on the product in order to bring fans of the series in alongside a new target audience that consists of, I don’t know, people who enjoy hearing  lines like, “I’ve always known exactly where to stick my sword sugar tits.”

Let’s take a moment here and recap some positives. The combat will likely be smooth and graceful, pleasing newcomers and hardcore fans alike. The trailer showed off Yaiba slicing and dicing his opponents with ease – a lot like how Ryu did before him. As mentioned previously, the cel-shading is a refreshing change in visual style, and complements the bloody gameplay. I thought facing off against Ryu at the beginning and getting your keister handed to you was an excellent way to mark the start of a rebooted series. It establishes Ryu’s status as a master ninja, motivating you to improve and build upon your character in order to reach that same level of mastery in skill and wisdom.

Ninja Gaiden’s legacy stretches back to the days of the NES. Obvious changes have been made over the years to the gameplay and Ryu himself. However whenever a Ninja Gaiden game came out, it always felt familiar in many ways. Changes made within the game that either simplified mechanics or simply sucked in a fresh audience didn’t take away from the game’s overall legacy, and for the most part you always knew what you were getting into. A solid hack and slash adventure game with ninjas. With Ninja Gaiden Z, I really don’t know what awaits.

The problem is I already don’t care about Yaiba. At all. Especially if Yaiba is willing to cut someone off in mid-conversation to say, “Just give me something to kill.” I can see a brash, younger, less responsible character taking over the antagonist role in Ninja Gaiden Z, but these character traits don’t need to be shoved down our throats like it is here. They can be showcased in more subtler ways, like Yaiba jumping into a boss battle his guide Miss Monday strongly advices against, or an occasional smart quip here and there.

What I loved about Ryu is he always kept his cool, and when he spoke you listened. He often didn’t say anything substantial, but his calm demeanour always made me feel confident heading into battle. Yes that confidence was matched only by anger after dying a bunch of times, but it still pushed me to beat the level or boss because there was nothing more satisfying than completing stages in Ninja Gaiden.

Enemies were always threatening, and offered a great challenge on a consistent basis. Zombies have been done a lot in games recently, and I’m not saying we shouldn’t include them in a game ever again, but was Ninja Gaiden Z really the place for them? After fighting demons, werewolves, ghost fish, feline ninjas, dinosaurs, zombies feel like a bit of a step down. Demons and dinosaurs aren’t entirely original either, however that should have provided developers a greater incentive to create enemies that stray away from the generic sword magnets we’ve seen so far. Making zombies a little funny and calling them a “Special brand” of zombies isn ‘t very impressive.

Ninja Gaiden is a hack-and-slash game, plain and simple. I recognize that. The first Ninja Gaiden game on the original Xbox (I sure would like to be able to just call it the Xbox One) was one of the best games of 2004. It’s intense, violent action was combined with a relatively intriguing story, which wasn’t a masterpiece by all means, but did set up some tension and made us care a little bit about why Ryu was so pissed throughout the game. Having your village burned down will do that. The next two entries in the series – Ninja Gaiden 2 and 3 – took some steps backwards when it came to the story, but it was there, and the cooperation between Ryu and the police in Ninja Gaiden 3 was strange but at times pretty intriguing. With Ninja Gaiden Z, it seems like a large focus was put on making the main character different from Ryu in order to attract a new audience. However, it’s hard to warm up to a character that calls his guide “Sugar tits,” and fans of the series will have a hard time adjusting to the new concepts that have strayed away so far from the original source material that it’s become almost unrecognizable.