Mario Carrying The Team Now More Than Ever 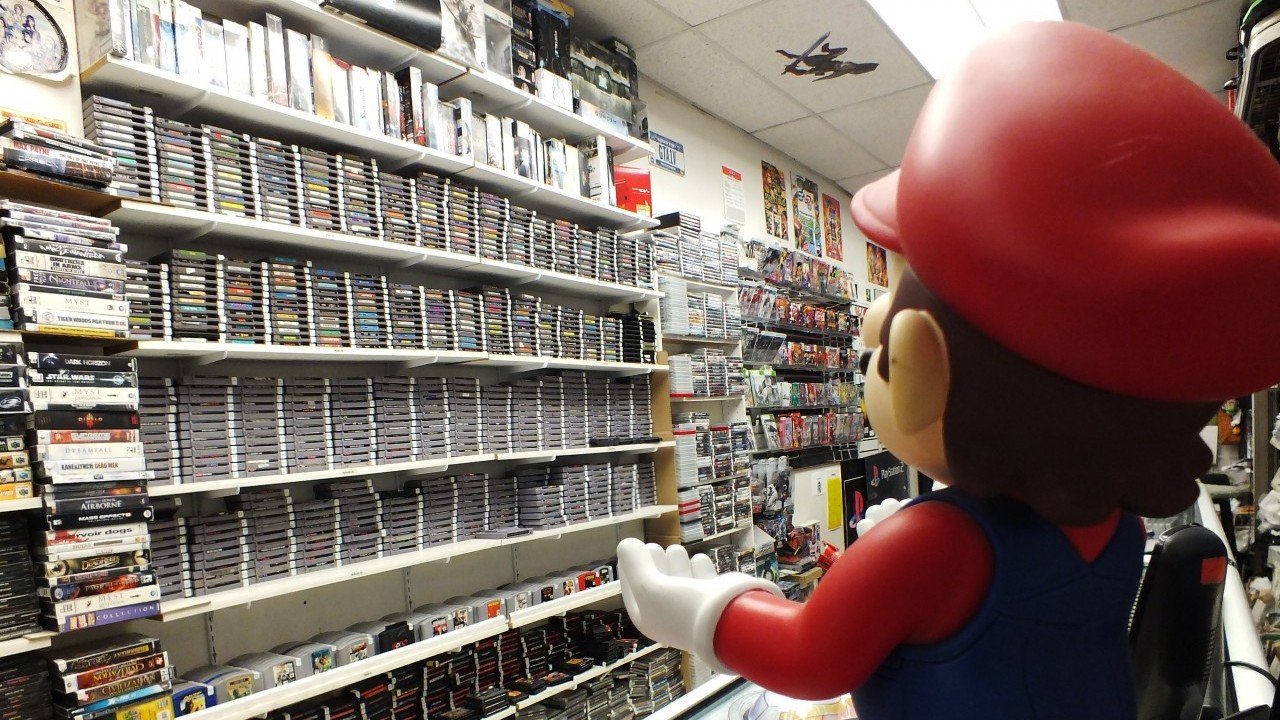 During the 90s, I was a proud owner of the Sega Genesis. Playing Sonic and Maximum Carnage hours on end are some of the best memories I have playing videogames. I love my Genesis, and Sega loved the Genesis too. I remember the boasting about how much better it was than the Super NES. Others would say the same thing as well, often bringing up the fact that games on the Genesis sounded much better than they did the Nintendo counterpart. So how did the black 16-bit machine slip into Nintendo’s shadow? Well, it always seems to come back to Mario, who’s had a firm grip on nostalgic and new gaming audiences alike. Decades ago, the fearless plumber took the world by storm, and is still one of the most – if not the most – recognizable video game characters ever. No game involving Mario or anyone within his universe goes by unnoticed. “Everybody wants the Mario or Mario Party games. Then it’s Super Smash Bros. and Mario Kart,” explained Sheng Toy, co-owner of A&C Games in Toronto.

Tablets and other mobile devices now offer different gaming experiences to the ever-growing gaming audience. However, even to this day, icons like Mario and Zelda are still at the tip of a lot of tongues whenever games are mentioned. Titles bearing the names of famous Nintendo mascots continue to be hot collector’s items. “At one point, the original Nintendo games were the most popular, like the NES and Super NES games,” said Toy. “N64 games became more popular last year, and this year people are really looking for GameCube games.” Toy thinks the heavier focus on digital downloads through the Wii U eShop isn’t sitting well with most Nintendo fans. The beauty with collecting the classics he said is the fact that there’s something to actually hold and place on your shelf. Toy added it’s a big part of why GameCube games are still so popular this year. The lack of actual games available for the Wii U, compared to the GameCube, which had a substantial amount of exclusives, certainly doesn’t help either. The underwhelming launch of the Wii U is nothing compared to the GameCube’s arrival, which was accompanied by many anticipated launch games. Some had nothing to do with Mario. Star Wars Rogue Squadron II: Rogue Leader was one of the GameCube’s most successful launch titles despite Luigi’s Mansion and NHL Hitz 2002 hitting store shelves at the same time.

It’s obvious Nintendo’s handhelds are currently the heart of their engine, and recent titles like Pokemon X and Y have really helped boost 3DS sales. Unlike the past, where the Gameboy served as the popular sidekick to the Nintendo 64, the Wii U has been overshadowed by the 3DS. “We have costumers interested in one of those on a daily basis,” said store manager Daniel Teixeira. He thinks a digital library of classic games on the Wii U, would quickly prove to sell well and allow both the 3DS and Wii U to co-exist. A remake of Battletoads and Double Dragon, or a virtual library of all the classic Nintendo games would please a lot of fans he said. If it doesn’t happen on the Wii U, Teixeira hopes it’s something Nintendo considers for their next console. “It would be something people could look forward to. I also think the upcoming Super Smash Bros. will help the Wii U sell better, especially with Mega Man being included.” Daniel continues to play his Nintendo NES, Super NES, and Sega Genesis systems. He doesn’t own any current generation consoles, and doesn’t plan on buying an Xbox One or PlayStation 4. Not yet anyway.

When asked what he enjoys about his older consoles, he was quick to mention simplicity. “There’s not much focus on visuals, it’s all about the gameplay,” he said, while reminiscing about times where he only had one continue left, elevating the stakes to an all-time high as the next empty health bar would mean a trip back to level one. These are memories shared by Gregory Beard as well, who was checking out the store for the first time. “The NES was a fantastic machine in its day,” he said. “Nintendo had so many iconic characters and games.” The lasting legacy Nintendo established over time is undeniable. It’s amazing how the anticipation of a few games like Super Smash Bros. and Mario Kart 8 are keeping the Wii U from fizzling out completely. Though the future of the Wii U and Nintendo’s plans hangs in the air, there’s no doubt that Toy’s words speak the truth. “When it comes to classics, Nintendo is still number one.”