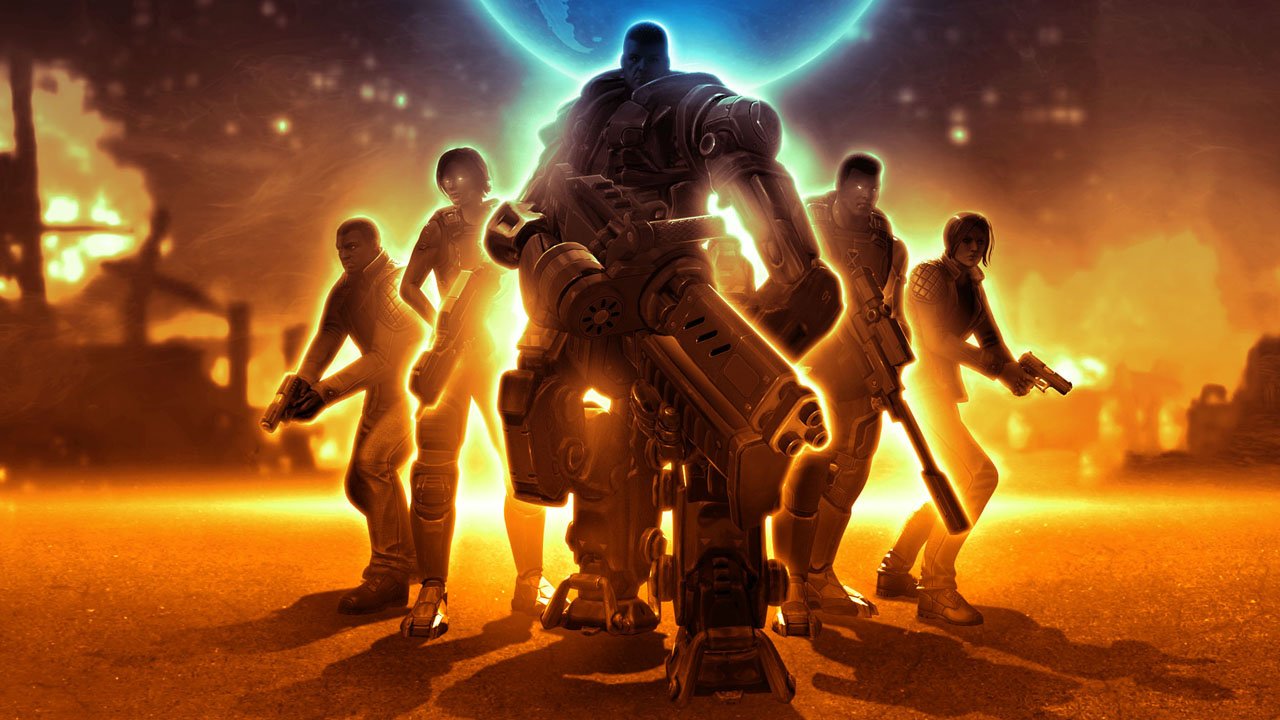 The last two games I’ve played are XCOM: Enemy Within and Shadowrun Returns. They’re both lovely titles, well worth recommending despite a handful of glitches apiece, that made me start to think about something. Enemy Within and Shadowrun Returns share gameplay similarities — their combat is turn-based and takes place on a grid of invisible movement tiles — but it’s their inclusion of part human, part robot hybrids that made me realize that cyborgs, particularly in the context of videogames, are pretty interesting.

I think, to some degree at least, everyone is fascinated by the idea of humans who have been transformed into partially robotic machines. When we look at the giant MEC soldiers from the new XCOM expansion, seeing soldiers who have volunteered to have their bodies replaced with cold metal in order to better kill aliens, it’s tough to think of them as a purely fantastic invention. Sure, we aren’t likely to see armies of people who have transformed into robotic death machines in our lifetime, but the rapid pace of technological advancement we witness every day at least lets us see the possibility of such a scenario. We can envision a time when, faced with a world-ending crisis of the type posited by Enemy Within‘s hostile alien invasion, our species could choose to combine our organic bodies with machines to become something more.

A cyborg, according to dictionary definition, refers to anyone “whose physiological functioning is aided by or dependent upon a mechanical or electronic device.” When we hear the term it isn’t likely that we’re thinking of anything so banal as a person with a pacemaker, though. Rather, we envisage strange characters like Enemy Within‘s human/robot amalgamations, with their piston legs and Gatling gun arms. But the truth, as explored in some games, is a lot closer to home. The augmented mercenary Deckers found in Shadowrun Returns are pretty much just normal people with the added ability to interface with virtual reality representations of internet-style information networks. Despite hanging out in a Detroit populated with elves, orks, and trolls, the Deckers are not unlike a modern human who enjoys constant access to some bizarre combination of iPhone and Oculus Rift. When separated from the crazy world they live in, they’re downright plausible.

While Shadowrun Returns presents cyborgs as a matter-of-fact part of its strange alternate reality, there have also been examples of part human/part robot hybrids who grow out of more grounded settings. Eidos Montreal’s Deus Ex: Human Revolution also takes place primarily in Detroit, but omits fantasy trappings in favour of a near future depiction of the city that closely resembles the real one (albeit much more economically prosperous). This foundation allows players to more easily buy into the game’s discussion of transhumanism and allow us to view its cyborg characters as an inevitable result of our current access to devices like Google Glass. Rather than see the superhuman abilities of its cyborg cast as completely unreal, we recognize them as a coming version of ourselves. We live in a time, after all, when South Africa’s Oscar Pistorius, a double amputee, can compete against top international runners on an equal playing field due in part to the technological miracle of his highly advanced prosthetic legs. It’s fascinating to consider how far humans will be able to push beyond our current limitations as time goes on, as we more willingly become cyborgs.

It’s likely that we’re going to see more of the kind of cyborgs represented in Human Revolution in future games, too. Videogames are one of the more appropriate forms of media in which to tackle the subject. Their reliance on advanced technology in facilitating storytelling almost guarantees that audiences are already keyed into the possibility of sophisticated computers and robotics, ready and willing to entertain ideas of machine-enabled human evolution. This is a good thing because there is so much more for us to think about when we consider the concept of cyborgs. Our species’ march toward a strange new future is intrinsically tied into technology. Looking at what this will entail is something that videogames can mine for fantastic, thought-provoking stories and settings. The coming centuries won’t look much like the world of Shadowrun Returns, XCOM: Enemy Within, or even the more realistic Deus Ex: Human Revolution, but playing these games — and engaging with their cyborg characters — gives us at least some glimpse into possible versions of our collective future.