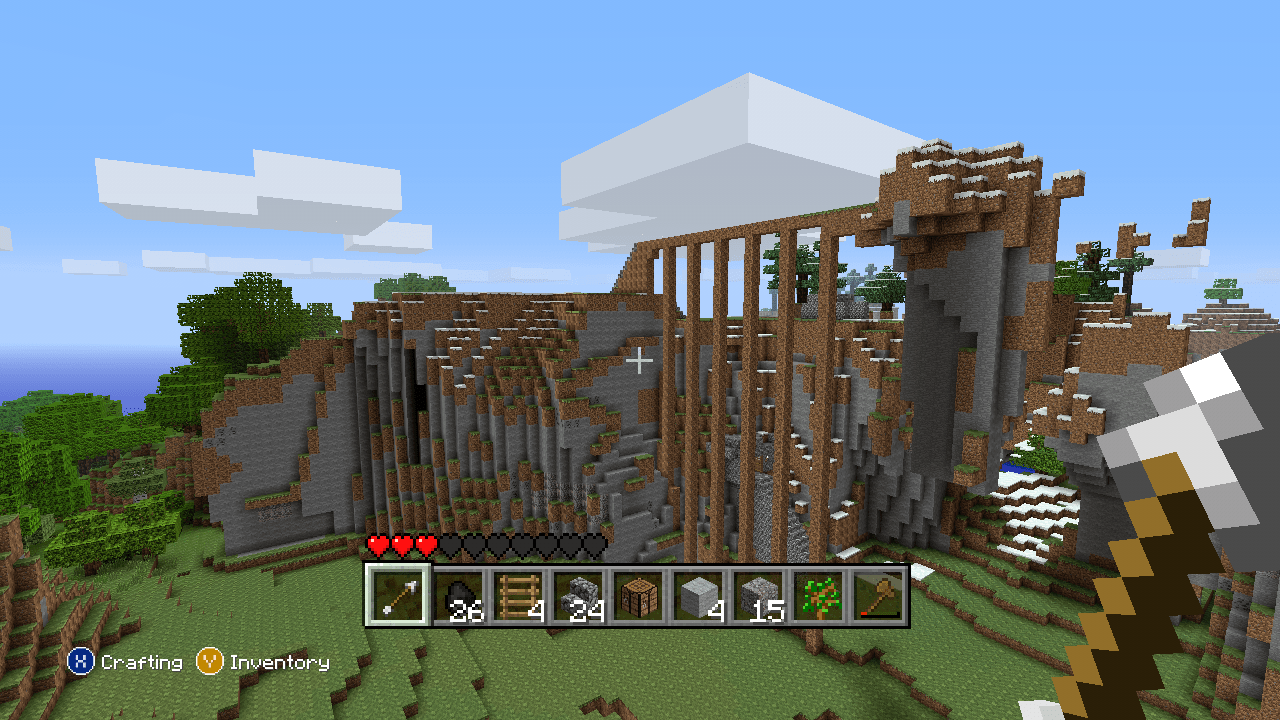 Well, that only took forever and a day, but finally, owners of a Sony machine–for now, only the PS3–can finally find out what all the shouting is about, if they somehow resisted the urge to satisfy their curiosity earlier. Minecraft, at long last, has finally landed on the PS3. The indie sensation on PC got wrapped up in a contract with Microsoft that kept the open world/building game tied to the Xbox 360 for set amount of time, but all contracts eventually expire, and the creation of Markus “Notch” Persson and the studio Mojang is available for the price of $19.99.

For those of you that somehow don’t know what it’s about, Minecraft is a game in which players explore a procedurally generated world and build things. There are more traditional game-oriented goals such as defeating a final boss, and even trying to survive against monster hordes, but for the most part, the emphasis of the game is just… try to come up with a cool idea for a structure and then build it. The game has already sold over 30 million copies across different platforms, and the addition of the PS3 version is just going to add to the money pile. Currently, there is no release date for the Vita or the PS4 version, but those are being worked on.