Ni no Kuni and Kids' Games: Simplicity without Patronizing 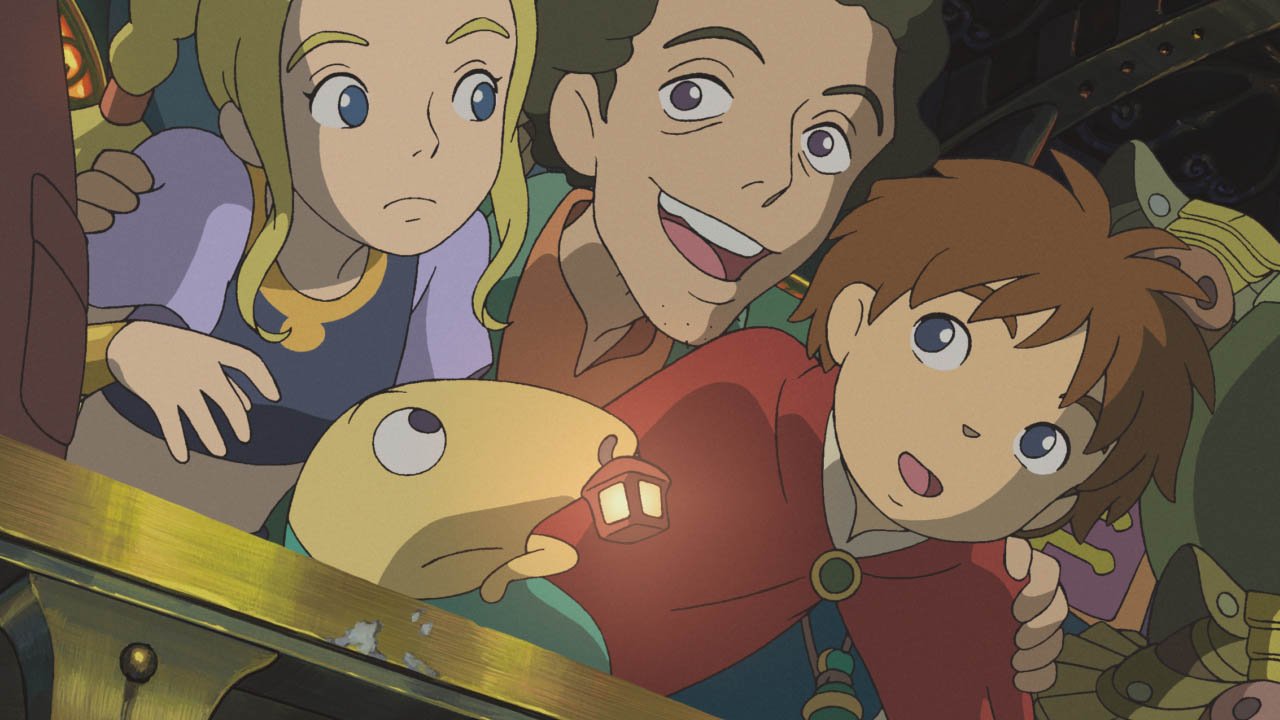 Over the last few years my brothers have started to have kids. Becoming an uncle has not only made me feel, suddenly, a great deal older, but it has also made me think differently about the kind of choices I would make if I were to be a parent, too. It's scary to consider the kind of lifestyle changes that that would entail, so I prefer to concentrate on one of the easiest ones: the sort of videogames that would be appropriate with a kid around.

Taking this viewpoint forces you to reconsider a lot of what you currently take for granted. It makes the violent content many of us have grown accustomed to seem a lot more suspect for one thing. I mean, I sure wouldn't play The Last of Us, Assassin's Creed, or even one of the Batman: Arkham games with a child in the same room. So, in a lot of cases that doesn't leave much on the table save for so-called "kids’ games." Unfortunately, a good many of the titles that fall within this category aren't very good. Media Molecule, developer of Tearaway and the LittleBigPlanet series, offer a few exceptions. Nintendo's various Mario games provide several others. But what do you play if you want something with a lot of lasting substance you can dig into with a kid around? Or, for that matter, when you want to pass the controller back and forth without worrying about objectionable content?

I've been playing Level-5 and Studio Ghibli's Ni no Kuni: Wrath of the White Witch lately. Aside from finding the incredible visuals and refreshingly straightforward gameplay enjoyable, spending time with Ni no Kuni has made me want to buy a copy of the game for every parent with young children in my life. There aren't many games with the type of charm that it has, let alone the willingness to engage with the complicated subject matter that is so often missing from children's stories.

Ni no Kuni opens with the death of its child protagonist's mother and continues onward to navigate sadly commonplace problems like emotionally abusive parents. Like most classic children's stories, though, the game provides rays of light amidst this sort of darkness. There are lessons to learn, truly awful situations to overcome, and recognition that trying to be a good person often requires coming face to face with terrible things. Kids’ entertainment is often unnecessarily toothless, as if children aren't capable of processing anything darker than a frowning adult. The fairy tales of the Brothers Grimm and the allegorical fables that have endured centuries of telling have always offered a counterpoint to this idea. The stories that have passed the test of time aren't relentlessly cheerful. They're willing to show children that the world is complicated — that bad and sad things are unavoidable — while offering ways to deal with it. Ni no Kuni remembers that childhood isn't as extraordinarily happy as we choose to idealize it. For the great majority of kids, growing up is a bit melancholy. The death or divorce of parents, the fear that comes from hyperactive imaginations running amok in the dark, the realization that some people just aren't nice — these experiences are just as much a part of childhood as the pure happiness of playing with a friend or celebrating a holiday.

It's testament to Ni no Kuni's quality that it captures childhood in much the same way as Studio Ghibli's highly acclaimed animated features. Next to the ridiculous amount of imagination on display in movies like Princess Mononoke and Spirited Away, it's the fact that the characters in Ghibli's stories must overcome fear and death that makes them stand out amongst animated features aimed at children. Ni no Kuni fits in with these films because it also refuses to talk down to kids, instead offering them a story that they can understand even if it can be emotionally challenging. That's the kind of entertainment that children should be exposed to if their minds are going to grow and their sense of empathy is going to develop. Ni no Kuni will have the same type of staying power that our most cherished fables possess because it isn't simpler than it needs to be. At different points in its narrative it's scary, it's sad, it's funny, and it's uplifting. It's a good story that, ultimately, has a lot to say about living in the real world, even if it takes place in a very colourfully imagined one.