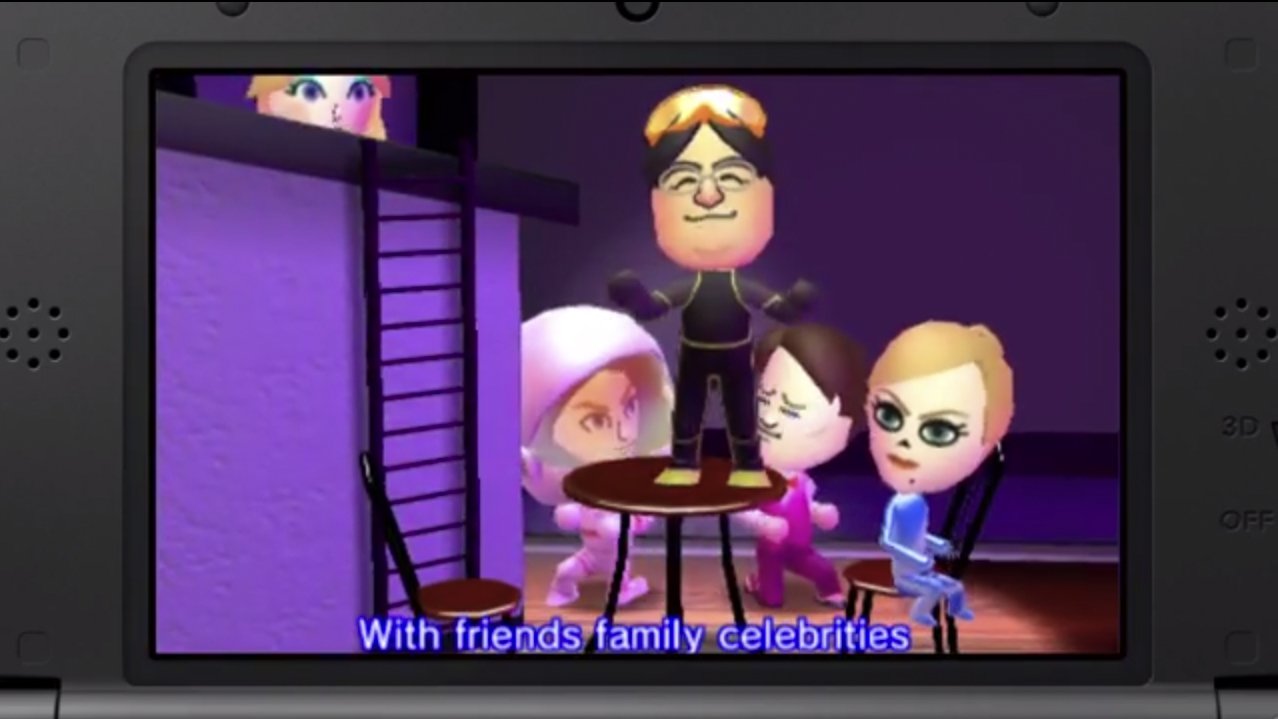 Today, Nintendo got weird. In another Direct presentation the Big N showed off the upcoming 3DS title Tomodachi Life that launches June 6. The conference was a multimedia/musical in the guise of a newscast that tried to highlight what this game is.

Essentially, it’s a life simulator with some interesting technology, in the likeness of  the PS Vita’s Toro’s Friend Network.  Players can upload or create a Mii, customize its personality, voice and watch it live. The world comes to life by bringing characters by uploading them or using StreetPass.  The Miis meet each other, become friends, and even date.

In the Direct, Senior Product Marketing Manager of Nintendo of America professed his love to Metroid’s Samus Aran, but then Chief Operating Officer Reggie Files-Aime stepped in, followed by Nintendo President and CEO Satoru Iwatta. In this awkward scene, Samus picked Iwatta and then everyone broke out in dance.

Expect this kind of quirkiness throughout the game. Character’s can fight, break up, make up, live life and have weird dreams as well.

While the presentation was very strange, there was some interesting content shown. It looks like the 3DS’ summer line up will heat up this year.