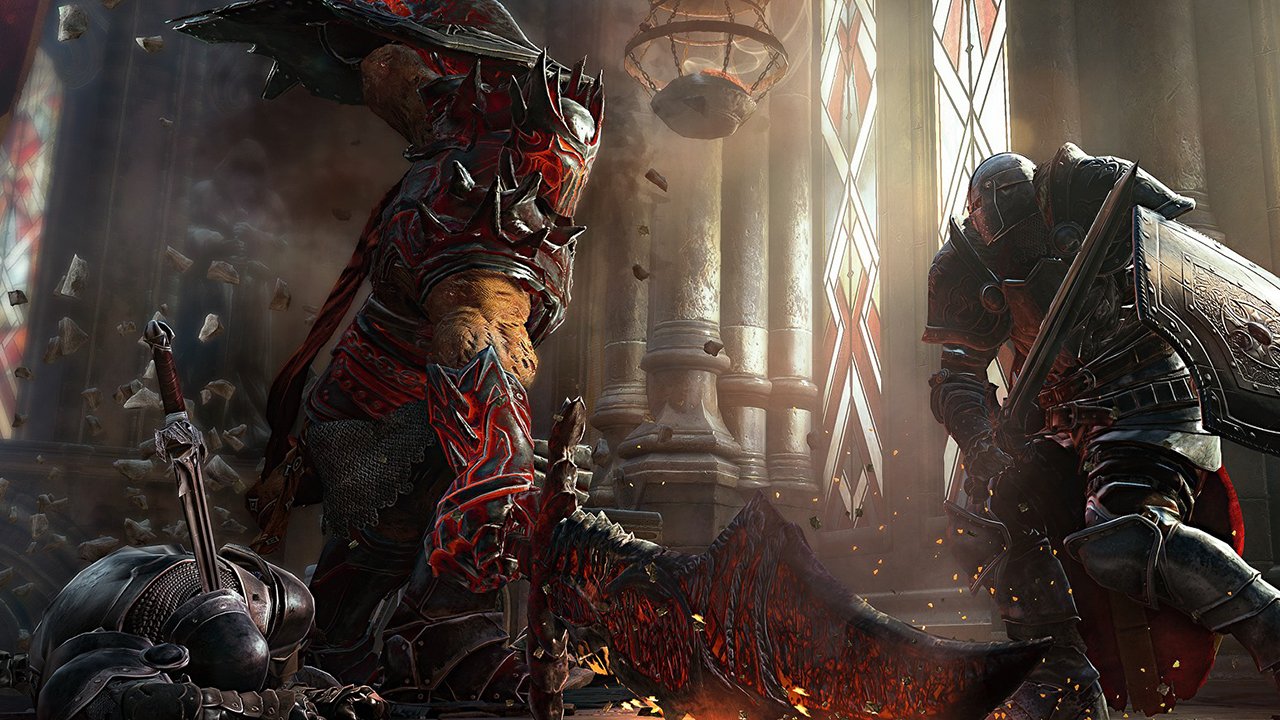 Bandai-Namco (after a dramatic name change from… Namco-Bandai…) have lifted the lid on a flood of games that will be coming to last gen, current gen and PC platforms over the course of 2014. There’s a big running theme with these announcements; Namco’s embraced the fact that they are a Japanese software publisher, and they’re not trying to hide or apologize for that. So while gamers can look forward to some titles that tickle the mainstream, Western fancy, like GRID, there’s a lot of stuff in the pipeline for people that love Japanese anime, manga, culture and the kind of games Japanese developers used to make that don’t hit our shores as frequently as before. We rolled up our sleeves and dove into the flood and here are some of the highlights of the massive lineup that we got to check out and play.

Ace Combat takes two surprising turns with this latest release. The first surprise is that it returns to the “Strangereal” world of previous games, ditching its Assault Horizon ambitions to be Call of Duty with jets. The second, bigger surprise is that the game is going to be free-to-play, a tag that is going to apply to a few Bandai-Namco games in the future. Series producer Kazutoki Kono was on hand to explain while ACI will use micro-transactions—as all free to play games do to make money—they would not be using the “pay to win” model that has become so unpopular with players. That is, they are trying to avoid a situation where spending money gives other players tremendous gameplay advantages over others.  Instead, one model that was seen in action was “pay to play,” similar to the old days of arcade games, where more money meant more playtime. In this case, Ace Combat: Infinity relies heavily on fuel to stay in the game. Players can use a free allocation of fuel to conduct missions, or have the option to purchase more fuel, and thus extend their ability to run missions. It’s probably also safe to assume that cosmetic purchases such as colors and livery will also be available for purchase, but that’s definitely a preferable route to having a player simply purchase an “I Win Bomb” and spam it on everyone else in competitive multiplayer.

Tales of Xillia was an oasis in an otherwise barren desert of JRPGs in 2013. It provided some classic Tales Japanese role-playing game combat while introducing players to a cast of likable characters with a decent plot. Now, uncharacteristically for Namco, they are following up on their last Tales game with a direct sequel, rather than follow the Square-Enix route moving on to a new, completely unrelated story. Tales of Xillia II takes place one year after the events of the first game, and many changes have occurred in the intervening time. Although players will take control of a new cast, returning characters such as the previous heroes, Milla Maxwell and Jude Mathis will put in an appearance, and join up as party members. As usual, the Linear Motion Battle System (LiMBS) gets a tweak to its real-time mechanics, and this time the adjustment comes in the form of an emphasis on vertical combat. This seems to mean juggling from what was seen; not a surprise considering juggling is a staple of Namco fighting games like Tekken and Soul Calibur.

The game has already been out in Japan for quite some time, so it’s no surprise that it’s still appearing on last-gen hardware like the PS3. This does pretty much confirm that the game won’t be the best looking one RPG on the market, but considering how sparse quality JRPGs are in this day and age, beggars can’t be choosers.

Not ALL the games that were showcased by Namco were strictly last generation. One of the most promising titles revealed was actually a current generation dark fantasy, action-RPG in the vein of Dark Souls, just not made by a Japanese studio. Instead, CI Interactive, based in Poland, has stepped up to the plate with a European interpretation of “die, die again, die some more, learn something new, die one more time, and try one more time, scrape through that fight by the skin of your teeth and feel a sense of victory like you haven’t experienced in years.” While it seems odd that the publisher that currently owns Dark Souls would get another studio to make a similar game, the positive reception to the Souls series from the hardcore lends weight to the idea that there’s still plenty of room for more games in this genre.

Lords of the Fallen does have a few things differentiating it, however. Executive producer Tomasz Gop demonstrated the game, emphasizing that there would be a clear plot conveyed through cutscenes, rather than the embedded narrative the Souls games feature that require the player to piece the story together themselves. Gop also said that Fallen was going for a bit more accessibility than the Souls games, though that doesn’t necessarily mean that the game will be easier. As with From Software’s hair-tearing series, dying in this game automatically respawns all enemies killed, and puts the player back at the last, all-too-infrequent checkpoint, so error or carelessness is still punished heavily. There are three classes revealed in the game, Rogue, Cleric and Warrior, but this doesn’t define the armor or weapons worn, just the kind of magic used. If you’re the type of gamer looking for a challenge that’s tough, but fair, Lords of the Fallen might fit the bill. The game is all about learning enemy attacks, exploiting weaknesses and fighting smart. People that hack and do nothing else will die quickly in this game. This is NOT a game about feeling powerful; it is about beating odds powerfully stacked against you.

Rise of the Incarnates (PC)

This is another free to play title, but it’s a fighting game exclusively for the PC. At least for the moment. Set in a post-apocalyptic future, this two versus two fighting game is trying to set itself apart from other titles in the genre in a few different ways. First is the two vs two aspect, a fighting game convention more popular in Japan than it is in the West. This has been cited as a way to bring fighters of differing skill levels together so that veterans don’t necessarily annihilate newbies, giving “mixed” groups a chance to compete. Another difference is the inclusion of both ranged and melee combat. This isn’t all in-your-face Streetfighter style brawling, players can get in and punch, but flying, gliding and floating around the battle zones are also part of the mechanics.

The game is slated for release later this year and will be coming with a regularly updated free web comic on its official website. While Executive Producer Ryuichiro Baba wouldn’t go into details about the kind of micro-transactions players could expect, he was quick to reinforce the idea Rise would also not use a “pay to win” business model. He also stressed that the controls would be “universal.” While special attacks animations would vary from character to character, movement and attacks used identical controls, thus negating the need to learn intricate button/joystick combos for every character. Fighting games aren’t exactly the most popular genre on the PC, but Baba made it clear that players could use a mouse and keyboard, game controller, or even traditional fighting joystick and button panel as the game would accommodate them all.

Perhaps the most interesting—and surprising—game shown, Ranko Tsukigume’s Longest Day isn’t exactly a game. It’s a short “endless runner” style game in that players move from left to right, simply trying to get to the end of a level, but more importantly, it’s the official fifth sequence in a compilation of four short films called Short Peace, a project headed by none other than Katsuhiro Otomo, the creator of Akira. Longest Day is part game, part short film, and the entire Short Peace collection will be available on the PlayStation Network.

Longest Day is itself the brainchild of none other than Suda51, one of Japan’s most eccentric developers. The game is a collaboration between Suda51 who came up with the scenario for the game, and Yohei Kataoka, a game designer who worked on Sony’s bizarre Tokyo Jungle survival game in 2012. The entire Short Peace project is an extremely unusual melding of anime and interactivity, and while it may not necessarily be a massive commercial success, it’s encouraging to see people still willing to experiment and try out crazy ideas like this one.

File Under: lords of the fallen