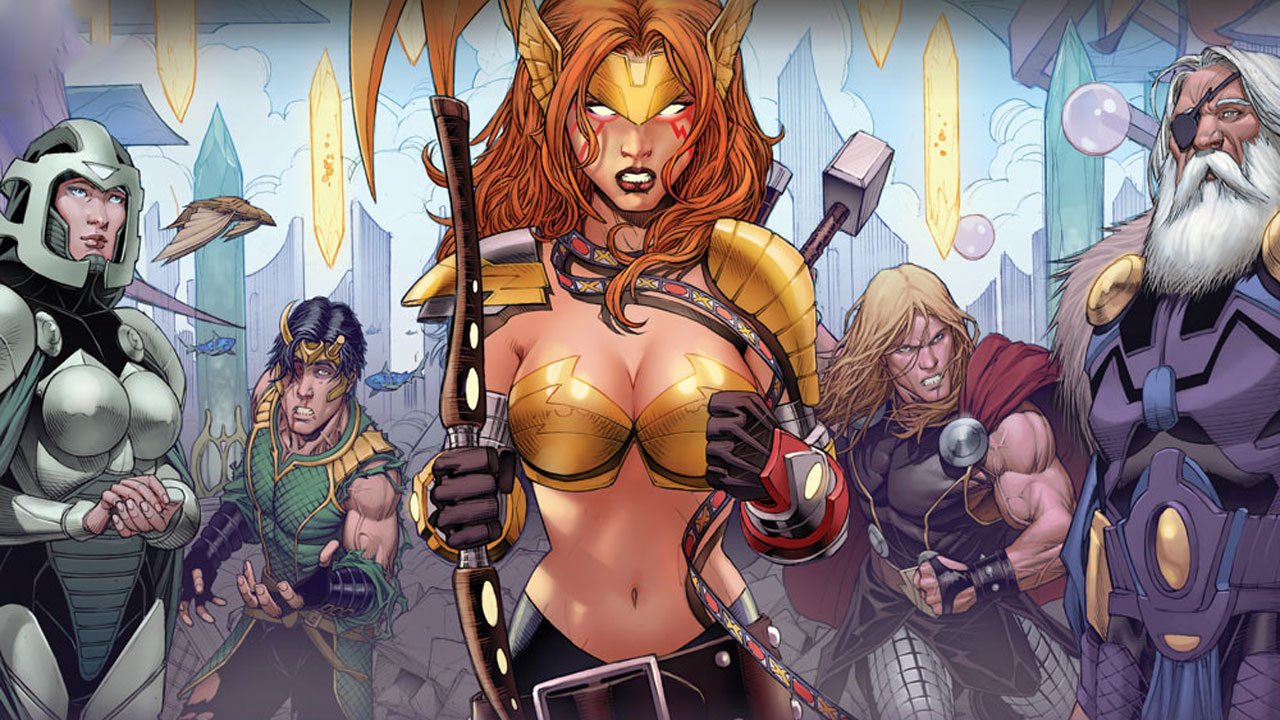 We all know that Loki and Thor occasionally have brother issues that often result in some type of conflict, but comic book readers can now look forward to a much more interesting scenario when the two discover they have a long-lost sister named Angela.

This July, in the five-issue Original Sin tie-in Thor & Loki: The Tenth Realm, writers Al Ewing and Jason Aaron – writers of the recent Thor and Loki ongoings -alongside artists Simone Bianchi and Lee Garbett uncover the secret stashed away by the brothers’ father Odin. Not only will the series reveal the mysterious extension of the gods’ family, but also expose the secret of the 10th Realm of Asgard – initially believed to be only nine – from which Angela hails.

The Original Sin series was announced during Marvel’s Original Sin panel at the Chicago Comic and Entertainment Expo. The story is about the mysterious death of Uatu the Watcher, who is found dead on Earth’s moon. The Watchers are technologically-advanced species who have existed for billions of years and watch over the universe’s less advanced races. After being stationed in our solar system, Uatu grew fond of Earth’s inhabitants, and broke his vow to never interfere with other race’s affairs on multiple occasions in order to prevent our own extinction. You could say he discovered that we were quite the troublemakers.

Several Original Sin tie-ins are coming out in the next few weeks involving the Fantastic Four and the return of the original Nick Fury. The Tenth Realm should be an interesting ride, as we witness Thor and Loki, who for the most part have actually been on the same side of the fence recently, deal with this new family member who doesn’t quite understand the concept of body armour. Seriously, her outfit screams everything but experienced warrior.

In an interview with CBR, Ewing explains that Angela is a supremely powerful warrior who could “ … kick Thor’s head in any day of the week and twice on Sundays.” She follows a strict warrior’s code, and offers a new perspective on the realm of Asgard. The Tenth Realm hits shelves in July.