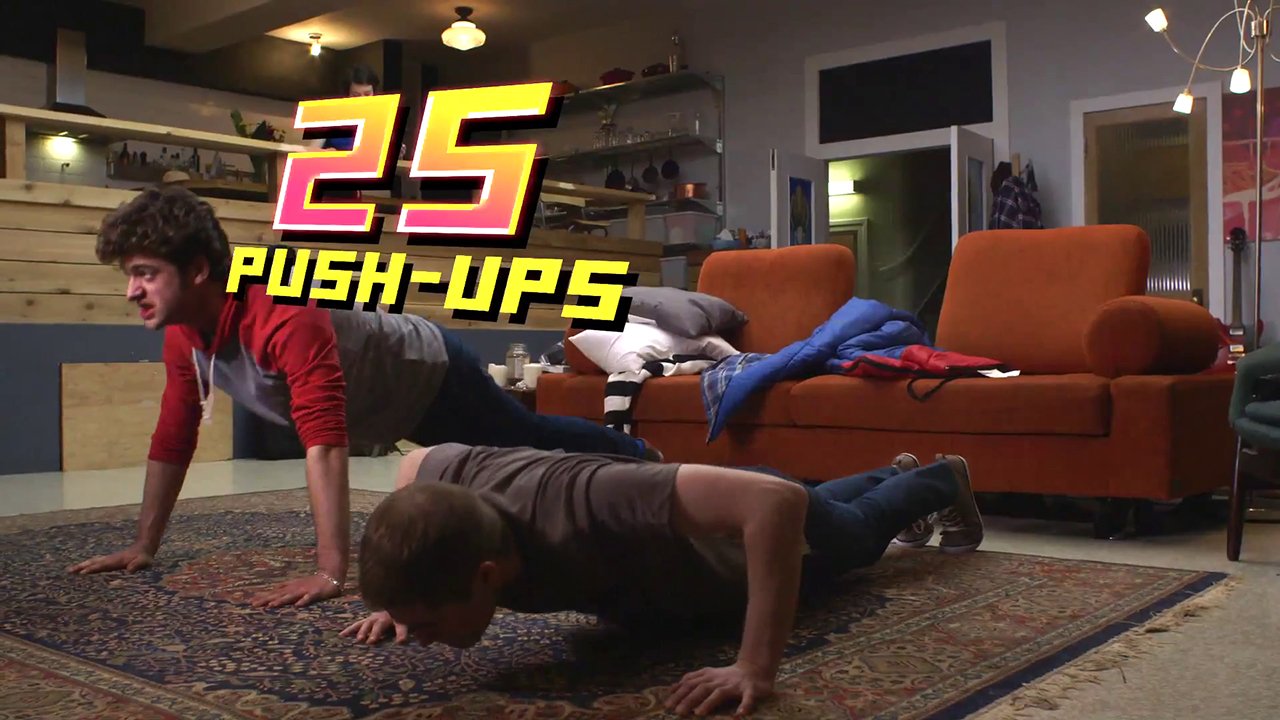 During their E3 2014 press conference today, Ubisoft announced Shape Up, a new fitness game that promises to “finally” entice gamers.

The game uses the Kinect 2.0 peripheral and features multiple modes that allow players unique ways to improve their fitness. Creative Director Charles Huteau demonstrated this first by showing off a cardio section that borrowed elements of Dance Dance Revolution and pitted him against an avatar of himself.  He later brought out a colleague, and the two competed against each other in a push-up competition taking place in a well-detailed in-game arena.

Fitness games have long had a reputation as something that appeals more to the getting-in-shape mom demographic, but maybe Shape Up‘s varied game modes and interesting approach to interactive fitness with be able to change their image.

Shape Up is set to release on the Xbox One this November.