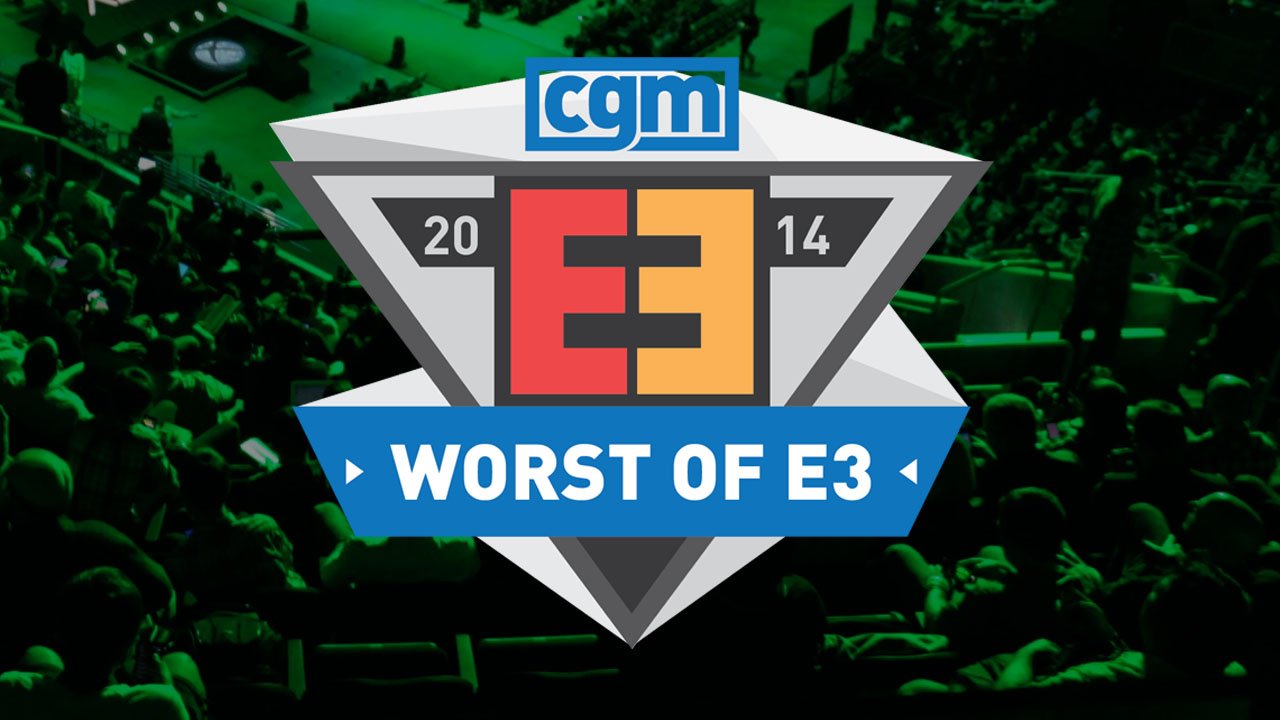 OK, so, I may not be in Los Angeles for this year’s E3, but that doesn’t mean I’m not going to talk about what’s happening at the press conferences anyway. It’s the digital age, after all, and the miracle of streaming video allows all of us to enjoy the game announcements, scripted demonstrations, and awkward moments that make E3 worth paying attention to in the first place. Without further preamble, here’s a rundown of my least favourite parts of the E3 2014 conferences.

As great as it was to see more gameplay footage from titles like The Witcher 3: Wild Hunt, Dragon Age: Inquisition, and Assassin’s Creed: Unity, we all knew that these games were getting ready for release before E3 2014 started. One of my favourite parts of the E3 conferences is the excitement that comes with debuting a previously unheard of title in (a definitely unnecessarily) grand fashion. Aside from a handful of exceptions, most of this year’s Expo was dominated by new information regarding known quantities. That’s fine, but I was hoping for a few surprises.

2. Appealing to the Fans

A common refrain, from Microsoft to Electronic Arts, was “we asked the fans what they wanted.” Rather than adhere to an internal vision, many of the industry’s biggest publishers and developers instead sought to defer to customers. While this self-effacing tact was probably to be expected from Microsoft—still looking to come back from the somewhat rough Xbox One launch—it was more disturbing to hear developers making this claim. Bioware, perhaps gunshy after being the target of so much fan backlash in recent years, seems to have lost a degree of confidence in its own artistic goals. The new Mass Effect was revealed not so much as a clearly defined concept, but rather as a work-in-progress that will be designed in accordance with consumer desires. The ultimate game may be better polished or at least closer to what the developer’s most ardent fans want to play, but I’d rather see studios working to fulfill their own unique visions.

3. Too Many Concept Announcements

The EA conference was filled to the brim with videogame “reveals” that were actually little more than the discussion of design concepts. Mirror’s Edge 2 and the new Star Wars: Battlefront and Mass Effect games were given “reveals” that were actually little more than acknowledgements that these titles actually exist. Sony’s Uncharted 4: A Thief’s End reveal was similarly disappointing, providing a minute of footage, a bit of Nolan North voiceover, and a title card. Even Nintendo, despite devoting the bulk of its pre-recorded conference to gameplay demos, teased a new Zelda without showing much more than a extremely pretty) screenshot and brief cinematic. As much as I enjoy seeing new game announcements, it seems a shame to spend time that could have gone to underexposed titles on what amounts to little more than featuring concepts.

Recent years have seen third-party exclusives becoming less prominent, likely as a side-effect of Sony and Microsoft allocating more money to hardware development than to buying up rights. This E3 made it clear that this trend is coming to a close, though. Third-party titles like Scalebound and Sunset Overdrive will be exclusive to Xbox One while Dark Souls-successor Bloodborne can only be played by PlayStation 4 owners. Even Nintendo has bought Bayonetta 2, the sequel to a game that was available on both Xbox 360 and PlayStation 3. Despite understanding the logic behind third-party exclusives—a few good exclusive games will sell consoles—it doesn’t mean that binding interesting titles to a single system is a practice I like seeing more of.

It’s good to know that there are a lot of interesting-looking game releases in the pipeline, but this E3 really drove home the point that 2014 won’t be the year that sees the Wii U, PS4, and Xbox One come into their own. Mario Maker, The Order: 1886, Bloodborne, Uncharted 4: A Thief’s End, Batman: Arkham Knight, Dying Light, The Witcher 3: Wild Hunt, and many, many other promising games have been either delayed into 2015 or given release dates next year. There will still be good titles between now and the new year, but E3 confirmed that the majority of the most interesting games are still a ways out.