Why Don’t Cute Mascot Games Sell On Other Consoles? 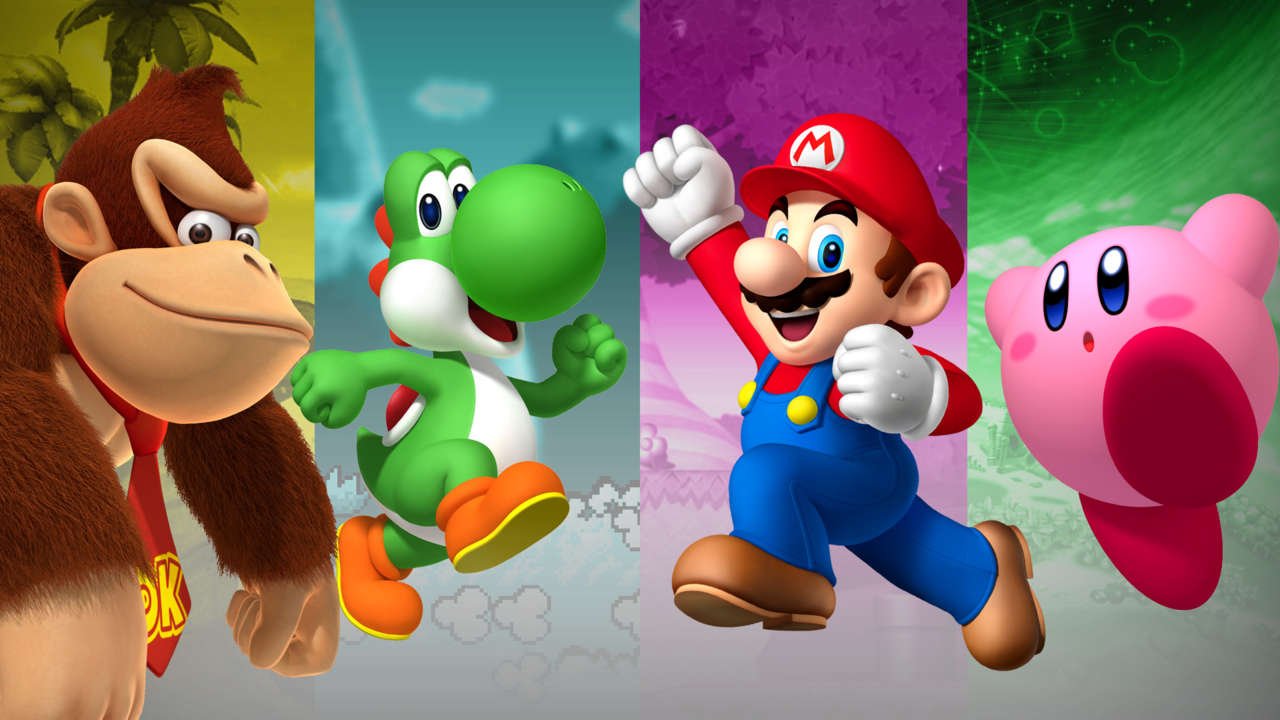 When people think of Nintendo, a number of timeless—and cute—characters crop up; Mario, Luigi, Yoshi, Kirby, Fox McCloud, Pikachu… the list goes on and on. From Nintendo’s humble beginnings with the original NES back in 1985 all the way to the Wii U in 2014, the company has consistently been an ambassador for cute mascot characters. The most surprising thing in 2014 however, is that they seem to be the only ones that can succeed at this now.

When you look at the mascots for the Xbox One, they don’t even have any right now, although Master Chief from Halo, Marcus Fenix when they make another Gears of War game, and possibly Jack Joyce once Quantum Break comes out are all on the way. Sony isn’t looking much better with Delsin Rowe from Infamous: Second Son, Nathan Drake from the next Uncharted game, whatever the name of your sword wielding protagonist is in Bloodborne, and of course, Kratos from God of War whenever they dredge him up again to start tearing people in half.

Now, that doesn’t mean that Microsoft or Sony only have dark, gritty mascots throughout their entire history. Microsoft has toyed with cutesy characters like the Pinatas of Viva Pinata and the baby animals of Kinectimals, while Sony tried introducing Knack at the PS4’s launch, and still has a library of other cute characters like Ratchet, Clank, Sly Cooper & friends, Parappa the rapper & friends and quite a few more. The big difference is, whereas Nintendo has its cute mascots front and centre as the showpiece ambassadors of its beloved franchises, Sony and Microsoft do not. Their showpiece characters don’t represent innocent cartoony fun, but gritty, photorealistic violence. It’s no wonder that Nintendo has the market cornered on family entertainment while the likes of Halo and The Last of Us skew to a much older demographic.

But it begs an interesting question. Are Microsoft and Sony “trapped” in a dark and gritty world of mascots for this next console generation? Obviously, the more people a console appeals to, the better, but as we saw in the last generation, cute console mascot games didn’t really take off on either the PS3 or Xbox 360, and the not very impressive debut of Knack on the PS4 seems to continue this trend. The PS3 in particular, saw a sharp drop off of cute mascot games as old stand-bys like Ratchet & Clank, Sly Cooper and Jak & Daxter pulled in fewer sales than the latest Uncharted or Infamous game. Insomniac put more of their efforts into the Resistance franchise than the Ratchet series. Naughty Dog abandoned Jak & Daxter entirely in favour of Uncharted and The Last of Us, while Sucker Punch handed the legacy of their Sly Cooper games over to Sanzaru Games while they concentrated on Infamous. There’s a reason all of these former “funny animal” studios went in this direction; their old bread and butter games weren’t selling as well.

Contrast this with Nintendo, that still enjoys monster sales on games like Mario Kart and Super Smash Bros. in addition to less cute games like Legend of Zelda and Metroid. It’s true that Nintendo doesn’t enjoy the same level of sales with Call of Duty games on their consoles, and there has yet to be a Grand Theft Auto game outside of Chinatown Wars on the DS. However, Nintendo has managed to maintain a library that’s suitable for all ages, whereas more cute, childlike (not necessarily childish) fare has become more marginalized on the PlayStation and Xbox machines as the years pass.

Somehow Nintendo has managed to make cute mascots not just acceptable, but wildly commercially successful, whereas both Sony and Microsoft genuinely struggle to satisfy this audience. Perhaps the audience isn’t there, and they all went to Nintendo. That seems unlikely however, as it would mean every person that owns a PS4 or an Xbox One has no kids, or simply dislikes all forms of cuteness, which is statistically unlikely. It’s more realistic to assume that many families have a situation where the PS4 or Xbox One is for Dad and/or Mom, while the Wii U is for the kids and for general family gaming activities.

Somewhere along the line, people got the idea that neither Microsoft nor Sony could put out good cute mascot games, and this perception—however untrue—has gained momentum. Sly Cooper: Thieves in Time for example, was actually a very respectable game in that genre, doing everything that old Sly games did but with all the bells and whistles of the PS3’s power. Despite the good reviews, it didn’t sell nearly as well as darker, grimmer shooting games, so obviously the problem here isn’t one of quality, it’s one of perception. People don’t WANT to buy such games on Microsoft and Sony consoles, even when they’re good. But why? And why is it that Nintendo not only succeeds, at this, but is expected—almost demanded to—by the audience?

It’s a question that probably both Sony and Microsoft are asking themselves, since both companies would love to have a mascot with the universal appeal of Mario. Only Sega managed to do the same thing with Sonic back in the day, and they no longer make consoles. If this continues we could see a division in the market where children are expected to play on different hardware entirely, while “grown ups” use a different machine. That’s hardly an ideal situation considering that consoles can play any game imaginable. It’s the audience that’s decided to certain games belong on certain systems and now buy the hardware and software according to this expectation. No one wants to live in a world where you have to spend $400 on a console for older household members and another $300-400 on an additional console for the kids, but it seems like many gamers now believe consoles for adults can’t handle games for all ages, and vice versa.