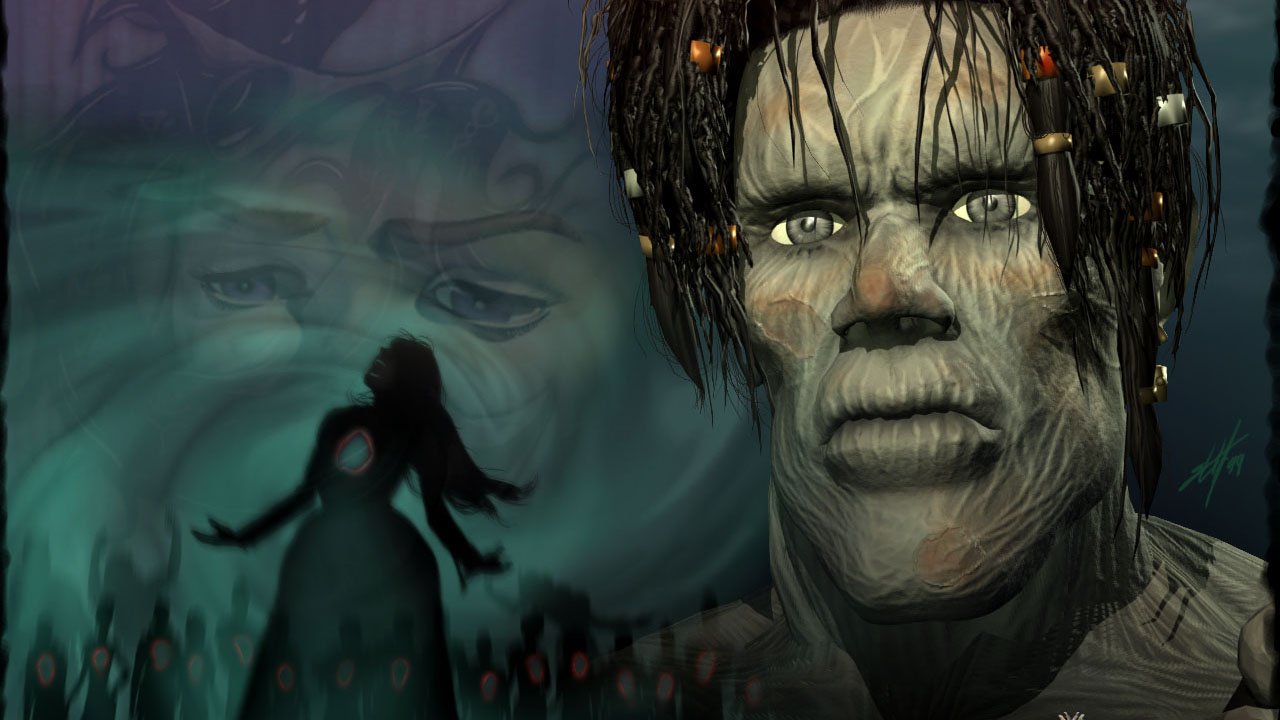 Even more than in movies, television, books and plays, villains are crucial in video games. Stories can be about anything, but in a video game players need something to do and a reason to do it. Nothing creates motivation like a villain — and the more despicable they are, the more levels you’ll beat, the more monsters you’ll slay, the more experience you’ll grind to find them and put them down.

Perhaps that’s why, despite a nagging reputation as a pastime for children, gaming has built up a rogue’s gallery packed with wretched abominations. Selecting the five worst was no easy feat.

Now, these are not necessarily the best, most memorable or most interesting villains. These are the most sadistic, inhuman and all-around reprehensible, so be sure to steel your stomach (and avert your eyes if you’re afraid of SPOILERS). With that, here are the five most evil villains in video gaming history:

Seconds after your introduction to Curtis Blackburn, he shoots a prostitute in the face. He then proceeds to enter an office building and systematically kill everyone inside, except for one girl. It’s later revealed that he trained her to become a murderer.

That is about as merciful as he gets.

He’s eventually betrayed and robbed by Montana, who wants to escape his life of crime. Blackburn responds by killing Montana’s entire family. He first rapes Montana’s wife in front of their son (a “sissy” who didn’t try to defend her) before shooting them both. Finally he tosses the daughter’s disembodied head in front of Montana before burying three bullets in his skull.

Even worse, Blackburn’s interest in little girls goes beyond business. He’s implied to be a pedophile that enjoys his victims prior to harvesting. In either case, he definitely makes use of them afterward: Blackburn practices taxidermy on their corpses as a hobby.

Planescape: Torment begins with the Nameless One waking up on a mortuary slab, undead, with no memories at all. Over time you discover that he’s immortal — that every time he’s “died” until now, he’s simply lost his memories. This has resulted in numerous “incarnations” over the ages. Sometimes he wakes up, a blank slate, and becomes a lowly cutthroat; other times a brilliant madman.

One such life is usually called the Practical Incarnation. Nothing was off limits for him in the pursuit of his goals. He tricked a woman into loving him, then left her to die so her ghost could aid him in death. He capitalized on a man’s crisis of faith, manipulating him into an oath of eternal servitude. He got a blind man drunk enough to sell his soon-to-be dead body into slave labour as a zombie.

None of these deeds come close to the crimes of the Good Incarnation.

Near the very end of the game, it’s revealed that the Good Incarnation is responsible for your predicament — and so much more. He is the Nameless One’s original form, and he committed crimes so heinous it’s implied that the universe is slowly dying because of them. The forces of hell have never been so eager to get their claws on someone.

The reason he’s known as the “good” incarnation is because he subsequently devoted himself to a life of virtue and charity. He became desperate to escape hell, to try to balance out the damage he caused. But he quickly realized that there aren’t enough days in a single lifetime to undo that much evil. He needed more time, far more time. An entire second life devoted to good would not suffice, nor a third. For a crime that great, he needed to become immortal.

It’s never specified exactly what the Good Incarnation did to get a reserved seat in hell, corrode the universe and make a mockery of the concept of repentance — but whatever it was, it’s earned him the #4 spot.

The mild-mannered Yuna is a horrifically unethical scientist and sorcerer responsible for the Carronade, a weapon of mass destruction.

Every part of this weapon’s operation is completely abhorrent.

In order to fire the Carronade once, a person’s life must be sacrificed. The result is a poison gas called Hex, the potency of which is influenced by two factors: the love shared between the targets and the sacrifice as well as the anguish experienced by the sacrifice before death.

Maximum efficacy is reached through torture. However, most subjects die before reaching optimal potency. Yuna’s solution to this problem is to make his next victims functionally invulnerable, so that they can endure a limitless amount of suffering. The perfect offering is Elina, a princess beloved by the populace. Yuna’s experiment is a success, though it mutates Elina into a massive pile of exposed organs. The heroes find a way to put her out of her misery before she can be used to kill others.

The worst part of it all? Yuna gets away without any consequences whatsoever. He’s last seen during the credits, ready to begin his work anew.

Mankar Camoran a vile cultist, founder of the Mythic Dawn. He believes that the world was originally another realm of Oblivion, a hellish plane populated by demons, before it was unjustly “occupied.” Therefore, it is only proper that his demonic master Mehrunes Dagon return, purge it of life and rebuild it anew. Camoran envisions this new world as being solely for the strong, a place where “the weak will be winnowed, the timid shall be cast down.”

In order to summon his lord, Camoran orchestrates the assassination of the emperor and all his legitimate children, whose blood maintains the barriers between worlds. Gates to Oblivion begin appearing everywhere, and demons pour forth to butcher the populace. He then has an entire city razed in an effort to kill the emperor’s final, illegitimate child.

Even Camoran’s own followers are not spared his wrath. Those that die in his service are lumped in with the rest of the “weak.” They are granted an eternal afterlife in the idyllic-looking gardens of his Paradise — as promised —but are tormented night and day by demons, unable to escape or even die. Those that express dissatisfaction with this fate are sent to a fiery grotto, where they are kept in cages and periodically dunked in lava.

However, attempting to purge the planet and eternally torture one’s allies isn’t enough to earn the #1 spot.

Yuri first appears as a psychic aiding the Soviet Union in its attempt at world domination. He pioneers the creation of psychic troopers, which turn brother against brother on the battlefield, and psychic beacons, which are used to brainwash entire cities. He then assassinates his own leader and frames a general in order to seize control of the faction. He later betrays the player when his or her continued success is perceived as a threat.

After the Soviets’ defeat, Yuri reveals his true plan: to use his improved psychic dominators to completely enslave Earth’s population. He largely succeeds in creating a world with no will but his own. However, a lucky disruption allows a few enemies to go back in time and destroy the psychic dominators before they’re finished.

Now Yuri has to get his hands really dirty. In addition to his psychic manipulation, Yuri works to assassinate and replace world leaders with loyal clones; unleashes nuclear and chemical weapons; and mutates people into savage brutes whose only thoughts are of violence. He gains the minerals for his war effort through slave labour but gets the organic materials through “grinders” — devices that break human beings down into spare parts.

To sum it up: this is a man who walks brainwashed civilians into meat grinders in order to fuel horrific genetic experiments in a bid to eradicate the concept of free will. Ladies and gentlemen, there is no greater evil in video gaming than Yuri.

Interested in more monstrous villains? Check out the Horror Issue of CGM.