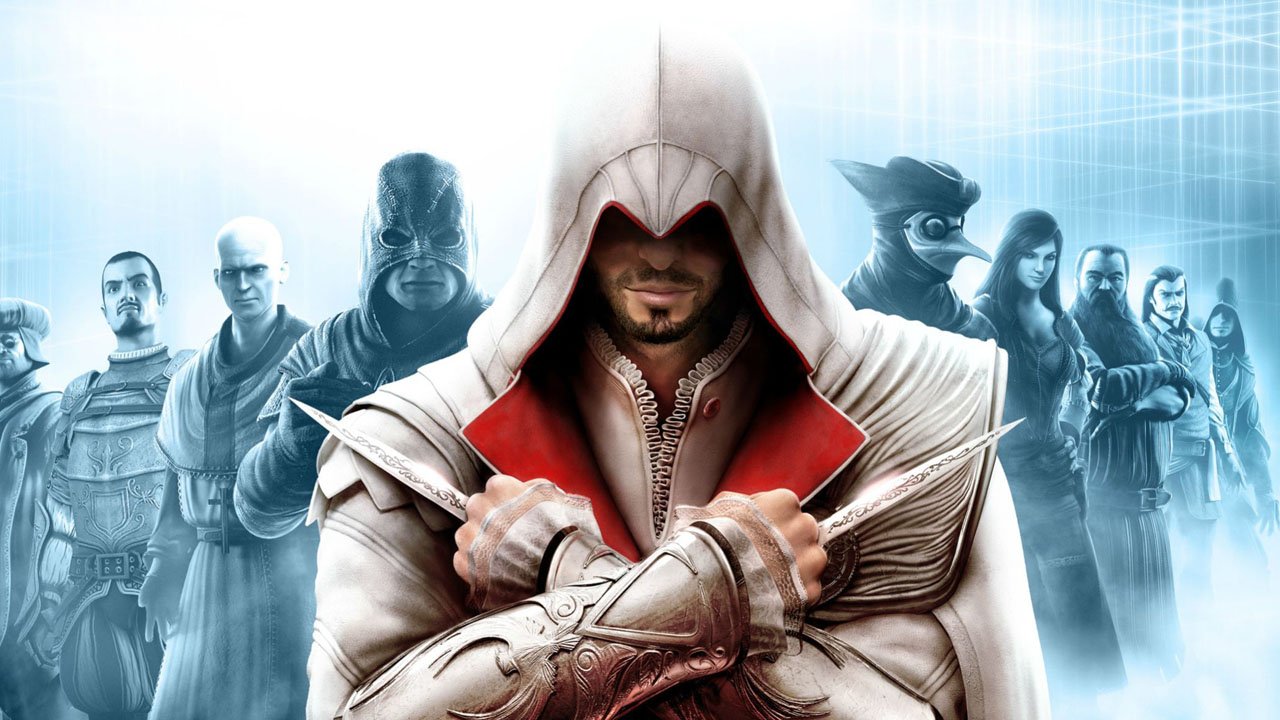 When the original Assassin’s Creed was released it slipped by me. I don’t remember why, but I know it wasn’t until my brother bought the game months later that I finally played it, and it had the potential to start an amazing and beloved franchise. Instead, Assassin’s Creed has become a series known for disappointing fans and breaking promises. Assassin’s Creed II and Assassin’s Creed: Brotherhood did a lot to improve the core mechanics, but the original is still the best game in the series.

First of all, Altaïr is the best character the series has had so far. His character design is the only one that ever made me feel like an Assassin. He wore plain white robes with a hood and every game since has put a lot of effort into creating incredibly intricate and ornate costumes that simply make the character stand out in the crowd, which seems counter-intuitive when you are attempting to murder high profile targets. Black Flag and Unity have done a better job of this, but Altaïr has always, to me, embodied what an Assassin should look like. Ezio was by far the worst in this regard. He was apparently able to go unnoticed while wearing a bright, red cape, and the logo of the Assassins on the front of his waist like it was a heavyweight championship belt.

The gameplay did leave something to be desired. When you are first learning the ropes and taking down your initial targets it can be a lot of fun, but most of the game has a very rinse and repeat formula that definitely can get repetitive and tedious, but I miss the option of stealth. Since then the series has become increasingly action-oriented. When the series started, the wait and counter style of combat was simple and could get boring if that’s how you approached every situation, but you’re playing an assassin, not a soldier. Fighting was a last resort and the goal was to get in, kill your target, and get out without being noticed by guards or having to fight at all. By the time Revelations came out it seemed like they had abandoned that idea completely and taking down targets always involved a fight with either the target or a large number of guards.

The story in the original AC was actually good. For those who started the series later this might seem hard to believe; after the first game there have been god-like hologram people, apocalyptic prophecies and all sorts of terrible science fiction plot points that only lead to increasingly exaggerated eye rolling. The best thing this Assassin’s Creed series did story-wise since the first game was kill off Desmond, but they couldn’t even let it move on from there. They added sages and had one of their hologram people live on in the Abstergo servers.

The original game opened with the idea that people could access their ancestors memories through their DNA using the animus. We were introduced to the Templars and assassins through Altaïr, and we learned about the each of their beliefs as he did. Throughout the game you also learn about Desmond Miles, what Abstergo is, what their up to and about their mysterious, previous captive, subject 16, who clearly went insane during his time there. It was the only game in the series where I didn’t want to shut the game off as soon as I left the animus and was stuck walking around as Desmond.

The first game started as another Prince of Persia game by the series’ creator, Patrice Désilets. When the game wasn’t taking the direction the publisher wanted it evolved into a new IP. Désilets left Ubisoft during the production of Brotherhood, and it shows. That is when the series really started to fall off and since then the only good things I’ve had to say about the AC franchise have had very little to do with the original, core gameplay. Revelations and AC3 were terrible and the only reason I enjoyed Black Flag was because of the parts where it was a pirate game, not a game about assassins or Templars or ancient, hologram wizards.

Every year I play another AC game and find myself finishing my experience by saying “never again.” Never again will one of these games suck me in, but every year I read interviews and watch trailers and convince myself that this one will be different; this one will make AC good again. This one will go back to what made this series good to begin with. It will forget about the present day story nonsense and let me assassinate people without being forced into fighting 20 guards who take turns attacking me one at a time. The teams at Ubisoft are clearly talented. They are able to beautifully recreate iconic cities and are capable of making great games, but whoever is steering the Assassin’s Creed ship is leading it astray. I think instead of playing Unity, especially while Ubisoft continues to patch it’s plethora of bugs and glitches, I’ll go back and replay the game that has kept me coming back with hopes of more.