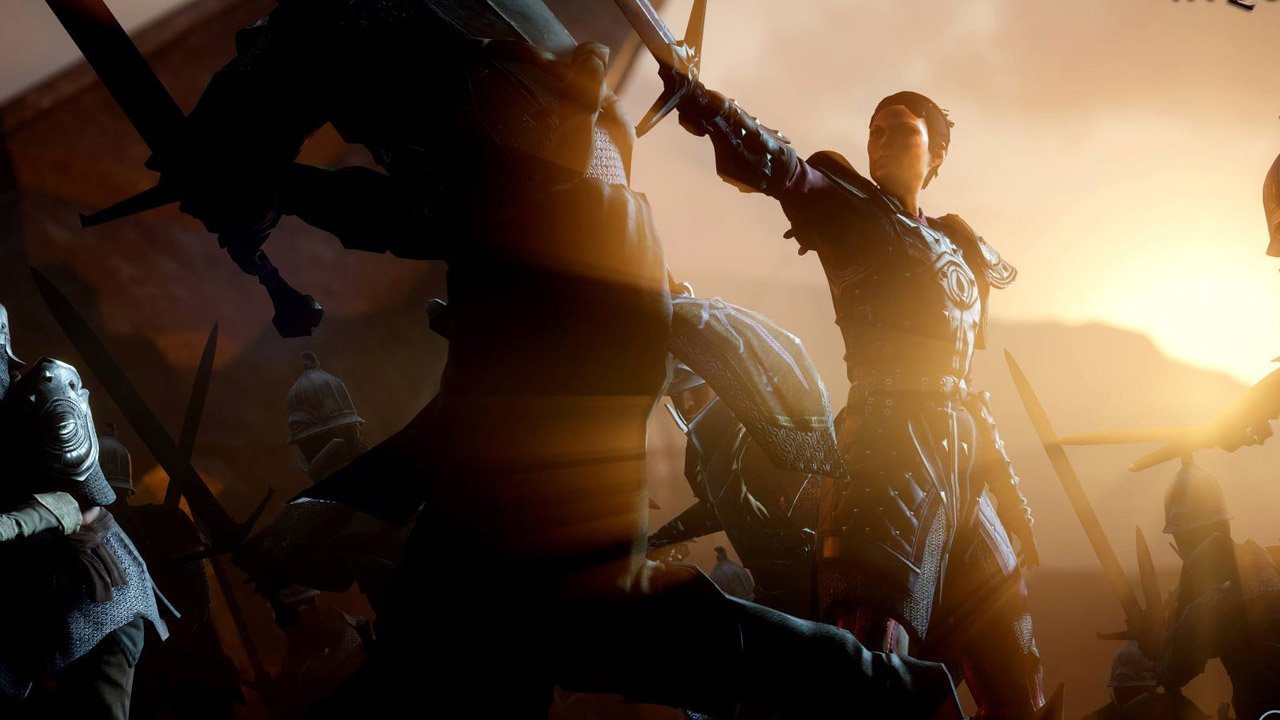 After my first 30 hours with Dragon Age: Inquisition I feel like I’m just now getting into the real start of the adventure, and that’s a good thing. Instead of plodding through tutorials like in Assassin’s Creed III, the intro to Inquisition never makes you feel like you are waiting for the actual game to get under way. The world is incredibly vast but packed with character and story. As excited as I am to dig into it though, it makes me even more excited for the next Mass Effect.

We’ve seen very little so far. A few concept art images, a reveal video with a lot of idealistic marketing from BioWare and a blog post from someone who got a look at some yet unreleased concept art during a secret, behind the scenes meeting at PAX. None of that is worth getting too worked up over, but what is encouraging is the amazing job BioWare has done with Inquisition.

There are certain things you can expect form BioWare. Great characters that are worth investing in are always a staple and although their stories have had ups and downs, the worlds are well crafted with a lot of attention to detail.

With Inquisition though, they’ve shown they have the ability to take the world building to another level with an amazing sense of grandeur. Inquisition has a number of areas that are all varied in landscape, have more subtly varied areas within those maps, and are big enough to spend multiple hours exploring each one.

These areas aren’t connected to each other. That doesn’t take away from the experience at all, but it doesn’t add to it either. What it is perfect for is the planet hopping style of exploration in the Mass Effect Games. Mass Effect IV might be taking Inquisition’s large scale a step larger since BioWare has shown concept art of a redesigned Mako. Since driving around in a space rover is obviously faster than traveling by foot or horseback, the scale of the maps would have to fit that speed of transportation.

But Inquisition’s maps aren’t just large, they are dense with content, and space tends to be more isolated and remote. The density makes traversal worthwhile. When trekking towards a group of demons leaking out from a dimensional tear you might find another quest or worthwhile item or an interesting area along the way. In previous Mass Effect games the Mako felt less like a tool for exploring hostile environments and more like a good idea that didn’t end up serving much of a purpose. Hopefully in the upcoming title you’ll want to be in it.

The pacing and length of Dragon Age also gets me really excited. I’ve put dozens of hours into Inquisition and feel like I’m just scratching the surface. Inquisition is a game that actually delivers close to, if not over, 100 hours of significant content. I’m not a completionist when it comes to most games, so often when a title is marketed as having 100 hours of gameplay my optimistic estimates are half of that. Inquisition has me wanting to put in that time without any real investment in the series’ world or character, so saying I’m anxiously awaiting this type of treatment for a franchise that I have already invested hundreds of hours into is an understatement.

BioWare looks like they are doing everything right with their treatment of beloved series on the newest generation, but what do we actually know about Mass Effect 4 so far?

The next Mass Effect game will be separate from the trilogy so there will be no Commander Sheppard, but BioWare’s Aaron Flynn has said that it will reference events from the first three titles, which means it will take place after those games. Inquisition didn’t allow players to import save files to bring over decisions from previous games because of the move to the new generation, but they did add Dragon Age Keep, which lets you go online, input those decisions and carry them into Inquisition by inputting a code. I’d be really surprised if Mass Effect didn’t do the same.

Tweets from BioWare employees have also hinted at the new and improved Mako and the return of planetary exploration and there has been some speculation about how that exploration will change the way you interact with the world. In the original trilogy areas were segmented. You’d travel to the Citadel or Omega for more urban or city-style environments, and then to other planets for a specific mission that took place at a mining facility or military compound.

You were travelling to different planets but were confined to isolated locations on them. Mass Effect IV, with its renewed emphasis on planetary exploration, makes it sound like those environments will be much more connected. Players might be able to travel to a planet and explore a built-up and heavily populated city, and then leave to explore more remote areas or settlements instead of having to head back to a ship and travel there through a map.

Now that Inquisition has been released I think we’ll start hearing more from BioWare about the next Mass Effect game. They’ve shown they can pull off a lot of the ideas that have been talked about here and online, and I think if they are following the formula of Inquisition Mass Effect IV could be the best yet. And let’s not forget that BioWare is working on a brand new IP as well.