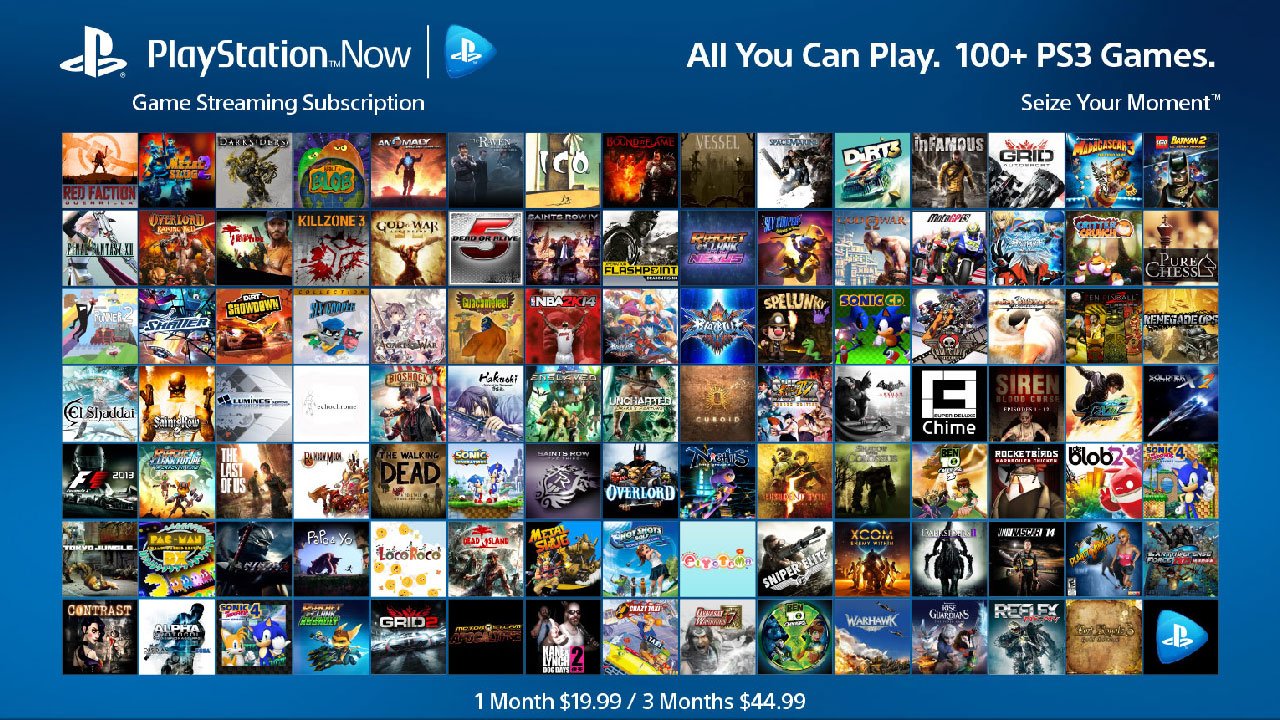 Since PlayStation Now was announced, people have been talking about the “All you can eat” future for the service. It seems Sony was listening and have taken what people said to heart. Today, Sony unveiled the PlayStation Now monthly plans. Starting January 13th if you are in the US and Canada, you can subscribe to the service for $19.99 a month or $44.99 for 3 months. This subscription will give you access to a large selection of PS3 titles (Sony claims over 100) that you can play on the PS4 at launch and any device with the PlayStation Now service at a future date.

The PlayStation Now service is based on Gaikai, a streaming service that Sony purchased in 2012. The service, similar to OnLive, allowed players to play high end games, even if the computer or device could not handle them, via the power of streaming. All the player would ever see if a compressed video stream of the game. The game it’s self would be running on a rack server in a data center.

Sony seems to have cracked the code. The price model makes gaming a monthly cost that is far less than many would be spending on games, and if the users’ internet can take the bandwidth, it would make playing games a far less expensive hobby. The service worked well under our tests, Games loaded fast and where very playable. That being said, it was in beta at the time, with very few people using the service. It remains to be seen how PlayStation Now will hold up with gamers jumping on to this monthly offering.

With the PS4 unable to play games from the last generation this could be a great way to dig up some old gems you may have missed out on. Will you be giving the service a try come January 13? Sound off below!