Microsoft Needs A New Name For The Hololens 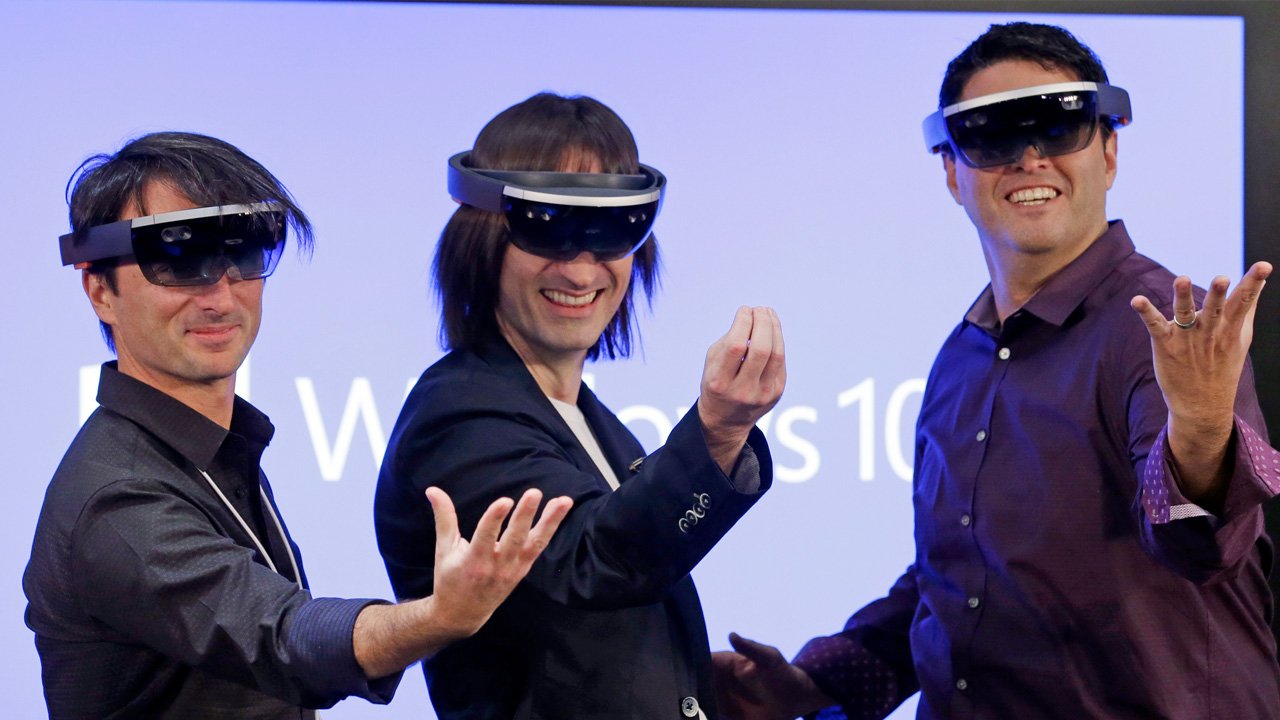 Microsoft, in an interesting move that runs counter to current technology trends, has not thrown its hat into the virtual reality ring. Instead, they’ve introduced their own helmet mounted device that goes in the opposite direction, not immersing players in a virtual world, but immersing virtual elements in our own. It’s called the Hololens, and, unlike most of the names we give our devices, this name is quite misleading, and it’s likely a deliberate move on Microsoft’s part for marketing purposes.

By calling it the Hololens and using terms like holographic technology, Microsoft is appealing directly to a generation that grew up on Star Wars with a Princess Leia holographic projection standing in the middle of a room, appealing to Luke and Ben Kenobi. Or the holodeck from Star Trek: The Next Generation that let Captain Picard pretend he was a film noir detective. It invokes feelings of wondrous, future science fiction technology, but it’s not actually what the Hololens does, despite cribbing a technical, scientifically coined term.

Actual holography is, essentially, a three-dimensional sculpture made of light, usually laser light. It “exists” in the real world, requiring a fairly elaborate projection system in order to create an image that exists in three dimensions. Recent claims of holographic projection such as the Tupac recreation and virtual idol singer Hatsune Miku are not true holographic projections, because they are simply 2D images projected onto a glass screen. If you were to walk around them in a circle, or get up on a ladder to look down on them, you wouldn’t see these images from every conceivable angle.

The Hololens is an interesting proposition in that it actually does create a 3D image that can be viewed from any angle, but that image exists only in the head mounted display itself. If you take the HMD off, whatever you were looking at disappears. What Microsoft has created—at least if you choose to believe the aspirational video they’re now using to demonstrate the unit—is the most advanced augmented reality display device available to the general public. If you’ve ever played with Kinect, the 3DS cards, or the Vita’s AR playing cards, you’re already familiar with how all this works. By finding a fixed anchor point, whether it’s a playing card, or a scan of a certain section of room, the hardware is now able to create images within its own display that “sit” within the real world that is on the display.

Microsoft is obviously assuming that people who see the Hololens won’t care about these distinctions, and they’re probably right. The average consumer isn’t going to make much of a huff between 720p and 1080p if you tell them, “They’re both high definition resolutions.” Microsoft’s mission is to make a fast, positive association with Star Wars and with erroneously labeled holographic displays like Tupac and Hatsune. It could very well be that if such a product takes off, the general definition of holography may change, so that one day, years from now, people will look back at Star Trek’s holodeck—which uses the term correctly—and laugh at their technical ignorance.

For now however, there’s still the question of exactly how well the Hololens will work. Microsoft established a pretty consistent track record with Kinect for showing off aspirational videos, and outright staged live demonstrations that grossly exaggerated the actual effectiveness of the technology. Ask anyone that initially saw the Kinect Star Wars demo and then tried playing Kinect Sports during the launch of the Kinect camera, and they’ll you that the real performance of Kinect was sub-par and remained so for its entire lifespan. Even the new Kinect camera on the Xbox One still doesn’t match the fidelity of the videos used to promote the product. This idea of a portable, head mounted display scanning your entire room and then populating it with virtual objects is an exciting one, but, unlike virtual reality, no one in the public or tech outlets has really tried it for themselves to see how well the reality holds up to the promise. There’s definite potential in AR products—for real world navigation, if nothing else—but, as Google Glass proved, there are certain hurdles to overcome, including social paranoia, about the idea of someone with a computer over their eyes using it to scan the environment and other people without permission.