Belgian Studio Puts Everything On The Line For Woolfe 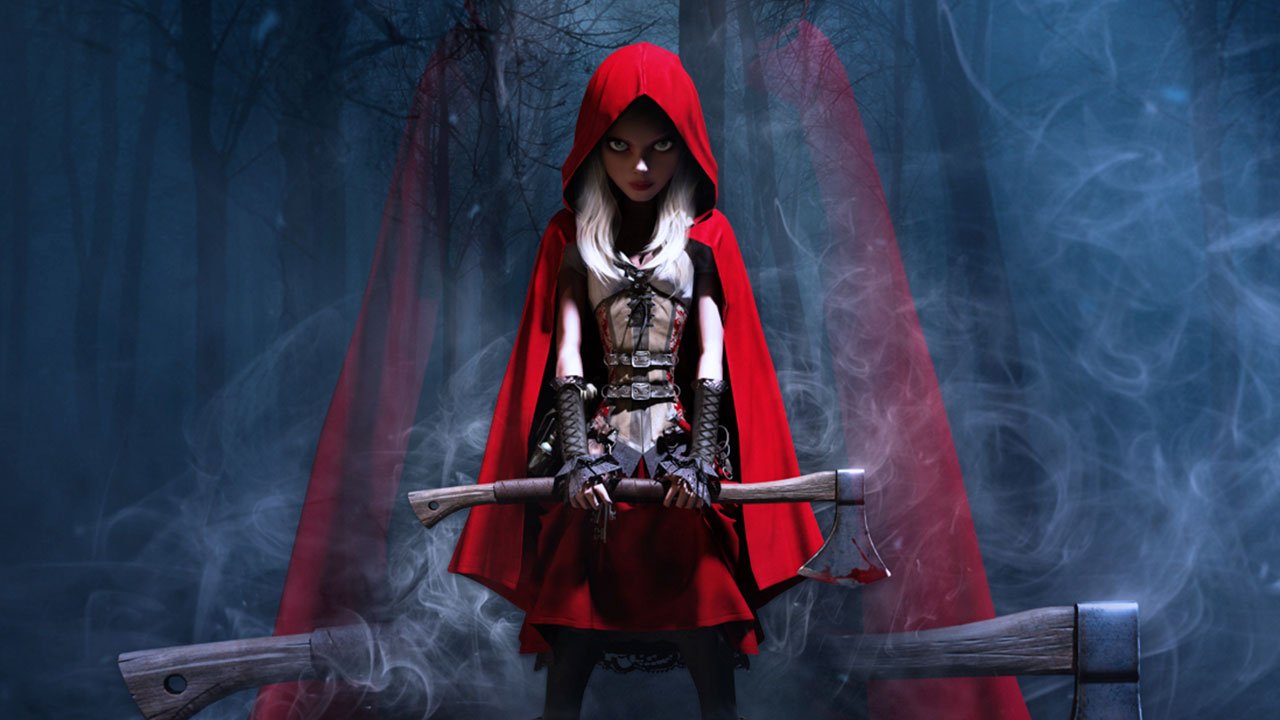 Indie games are a risky business. For every Braid or Minecraft there are countless others that do not make it and fade away. When such things happen it can be devastating to the studio that worked on them and everyone involved. Wim Wouters, CEO and Founder of GRIN Studios knows this more than anyone. The small Belgian developer is putting it all on the line as they try and finish Woolfe The Red Hood Diaries.

Woolfe is a dark action platformer that’s a mix of full 3D and side-scrolling 2.5D that retells the classic fairy-tale, Little Red Riding Hood. Taking the core points of the story, GRIN built a full, new, rich world that the player must explore and struggle through. The game started when the current lead artist came in for a job interview with the studio. The team looked through his portfolio and discovered an interesting sketch of a bobblehead Little Red Riding Hood carrying an Axe.

“We were greenlit in five days.”

This concept inspired the team, who at this time were focused more on developing software for forklift simulators and other contract work, to finally push forward and make something interesting. They received funding for a prototype and pushed forward to get on Steam Greenlight. When I spoke to him at Pax, Wim Wouters excitedly said, that “We were greenlit in five days.”

It was clear people wanted to experience this dark fantasy envisioned by the team. So much so that five publishers wanted to sign them. It was any indie developer’s dream, having major labels that wanted to help make the game a reality. Yet, even with all this attention, the team at GRIN decided to go forward alone. They took out a loan and pushed to get the game into the hands of the fans.

“It’s the artists that make something look nice, not the engine,”

Built on Unreal 3, Woolfe has battled to ensure everything is ready for release. Since the game was too far along to make the move to Unreal 4, the journey to console will be an uphill battle. As Wim mentions, “It’s harsh. Especially because Unreal doesn’t want to promote Unreal 3 games now so they’re OK to do a shout out on social media but you know, it’s not the same. We could have been in a booth.”

Despite all these setbacks, Wim assures us this game will be an experience fit for everyone. As he puts it, “It’s the artists that make something look nice, not the engine,” and he has a point. Woolfe looks stunning from all the gameplay we have experienced. The world comes to life with a sense of wonder and fantasy. A mark that many triple A games fail to hit.

Taking the story of Little Red Riding Hood and turning it on its head, Woolfe utilizes the subject matter in interesting ways. GRIN has opted for the political commentary route, utilizing standard clichés to get the story across. Red is no longer saved by a lumberjack, “she is the lumberjack” as Wim describes. She now carries an Axe and is able to take care of herself. Red is not the only one to be altered for this version of the story, B.B. Wolf is no longer a literal wolf, but now the representation of corporate greed and corruption. As Wim goes on to describe, “He’s still a representation of something else, and it’s still a fairytale trying to tell a morale and it’s really cliché, warning people about evil corporations. But it’s a fairy tale. It’s allowed to be cliché.”

Beyond these changes to the story, the team at GRIN have added other aspects to the story. Known fictional characters such as Pinocchio, Sleeping Beauty and The Pied Piper, all have roles to play. They also tried to ensure the gameplay felt familiar, taking elements from many games of the past such as Crash Bandicoot and the first Prince of Persia.

It holds its own visually and is in the same league of games such as Trine and Alice. Yet they are a team of six that is using around 3% of the budget that Spicy Horse was working with when they built Alice: Madness Returns. Even with that smaller budget the team is building something special. A self-contained experience that will span two parts, and tell a unique and exciting story.

GRIN wants players to have a full theatrical experience. Each of the two parts will range between 2-3 hours of playtime with the full experience clocking in at around five hours. As Wim puts it: “It’s a cinematic fairy tale. We want it to be an experience. Like a movie.” Even with the shorter playtime, GRIN has ensured players will engage many different environments and challenges. “We give a lot of variation in this game. There are six different levels, which are not all completely different. But that in two hours’ time. It’s quite a lot of variation.”

“It’s a cinematic fairy tale. We want it to be an experience. Like a movie.”

The team has been actively communicating with fans on Steam by talking, listening to feedback and having twitch streams to show the progress of the game. If the fan reception to what the Studio at GRIN is doing is any indication, it is working well. Sitting at 92%, it is clear the community wants this game to come out and succeed. And lucky for them, they will not have long to wait for the final product. The game is slated for a March 17

release on Steam, with the possibility of hitting other platforms after that.