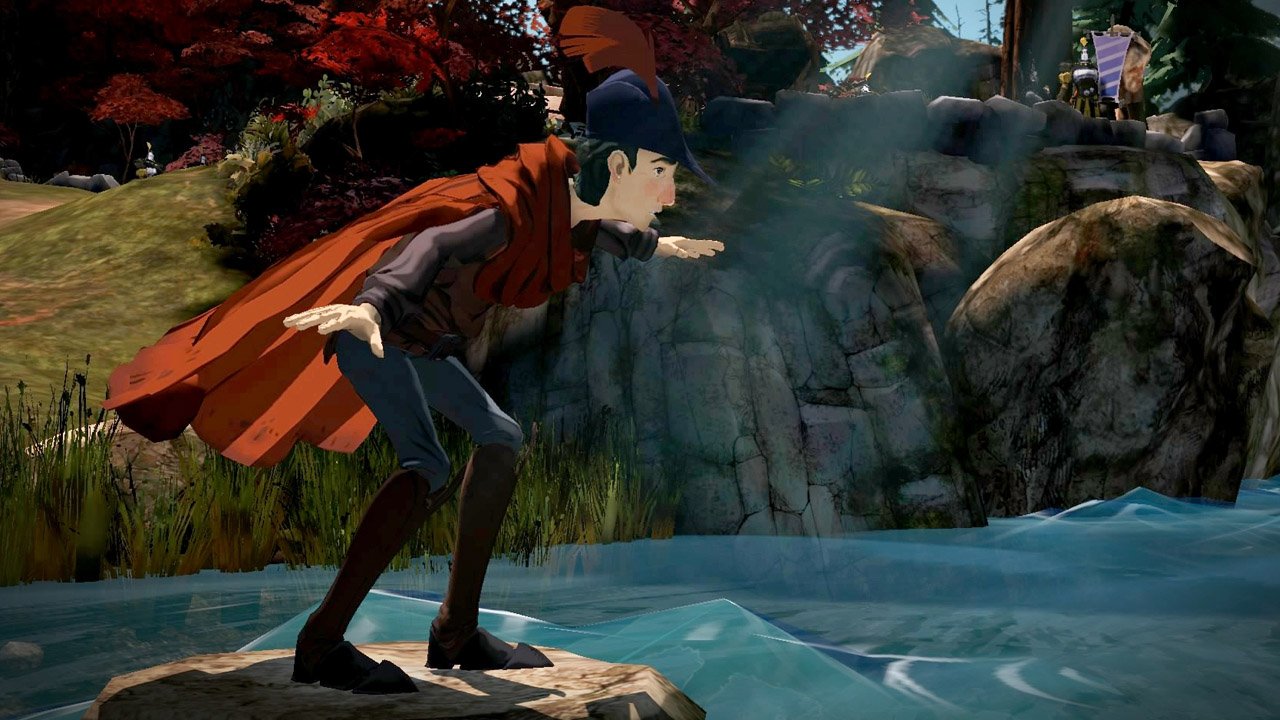 It’s nice when a new installment of a long-running franchise is executed with self-awareness. It doesn’t get much longer-running than King’s Quest, the adventure game series that birthed a genre in 1984. Roberta Williams’s work on the original King’s Quest games not only brought graphics to adventure games; it also set out what would become some of the best practices for interactive storytelling.

It seems inevitable that any new additions to the franchise will be played primarily for nostalgia. So it’s fitting that their 2015 release will focus on the nature of memory and self-reflection, and how treasured stories are passed from one generation to the next.
In the forthcoming King’s Quest, you play the part of a young Sir Graham, as remembered by his future self, retelling the stories of his adventuring days to his granddaughter. Your choices in the game affect the kind of person you influence your granddaughter to be. Under her gaze, the stakes of your choices seem a little higher — a young girl is learning whether the patriarch of her family is a brave warrior or a cowardly fool, a pragmatic beast-slayer or a beacon of good.

The storytelling leaves itself open to multiple readings; perhaps you’re embellishing the story for her benefit, or perhaps the player really does determine what actually happened to Graham. The nature of how the game plays out makes it clear that older Graham is prone to going off the rails when telling his story: every time you choose a game-ending action that leads to young Graham’s demise, you hear older Graham narrate the death, either jokingly musing about the grisly fate that might have befallen him, or teasing his granddaughter by seeing if she’d fall for a clearly preposterous turn in the tale.

The story takes Graham on all kinds of heroic adventures; trying to trick a team of oafish knights, solving mechanical puzzles deep in an underground cave, and meeting an array of strange characters along the way. Graham also gets to try his hand at killing a dragon. Or — and this is the part where I get really interested — you can choose to NOT kill the dragon, and just get on with your life.
Take a moment to stand and watch The Odd Gentleman’s dragon carefully, and you’ll notice an animal in pain. Bound and shackled for an untold number of years, the dragon is tired, forlorn, and stressed. Graham’s story takes him ever upward, from squire to knight to king, intellect and luck allowing him to scrape through despite his clear physical weakness; the dragon, in contrast, is trapped in a dark, lonely place, despite obvious physical strength and wings that would have allowed flight. It’s tragic, and I was happy to hear that the option existed to take pity on the creature.

I have long had a problem with the overwhelming bloodlust with which games approach dragons. Often they are portrayed as intelligent creatures, with their own language and their own civilisation, who just want to protect their domain and keep their treasure. And yet it’s okay for us to kill them, because… they’re grouchy? Because they might kill someone some day? Given the death toll at the hands of your average videogame protagonist, I don’t think any of us can claim moral high ground over a dragon.

Dragons may seem scary, but I find them quite charming a lot of the time. I like their swagger. They have a fierce attitude, an enterprising spirit, and a sense of pride that I think makes them quite admirable. King’s Quest’s dragon is just one example of a character that the game portrays with curiosity and compassion.
The protagonist of King’s Quest stands in quiet contrast to the dragon’s bluster. An unassuming figure with awkward, gangly limbs and a habit of dying in the most comedic of circumstances, Graham is a bit of a buffoon. But he’s a handsome buffoon, with a good sense of humour and a lovely hat and cape. The animators at The Odd Gentleman have painstakingly created a loving interpretation of this decades-old character whose adventures date back to the start of graphical adventure gaming.

Will King’s Quest be game of the year material, based on what I saw in this demo? Probably not. Other adventure games will be released by other studios, with more cutting-edge storytelling and creatively constrained art direction. But The Odd Gentleman still look set to pleasantly surprise, bringing charming storytelling and great visual art to a project that could have easily been dull and predictable. Not every studio can claim to have treated their most famous franchise with this much care and consideration.