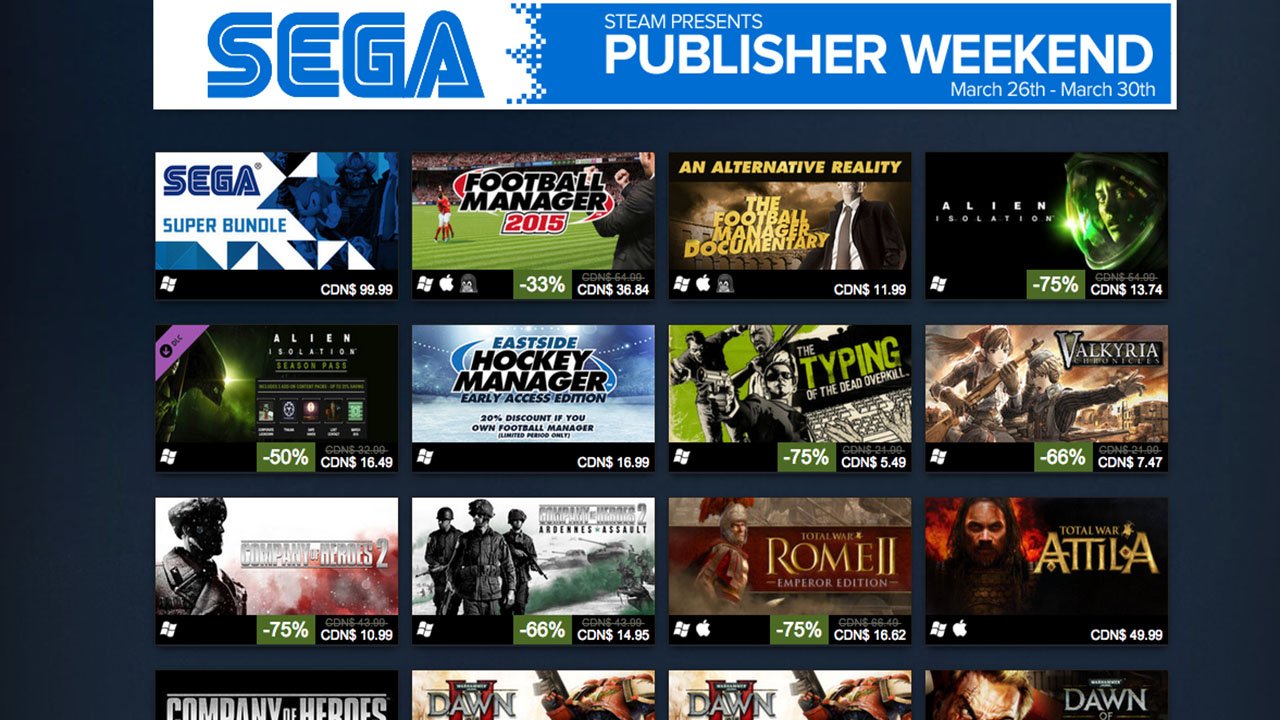 Sega’s struggle has been widely reported for the past month. But for the first time in a while, there’s some good news coming from the publisher. Right now on Steam, you can pick up a bunch of Sega titles for up to 75 per cent off. Goodbye pay cheque.

Honestly, you can’t go wrong here. There are tons of classic games available including the Sonic the Hedgehog titles, Alex Kidd in The Enchanted Castle, Comix Zone, Typing of the Dead, and Jet Set Radio. You can even pick up newer games like Alien: Isolation for $13.74 CDN. Not too shabby if you’re looking for something to play.