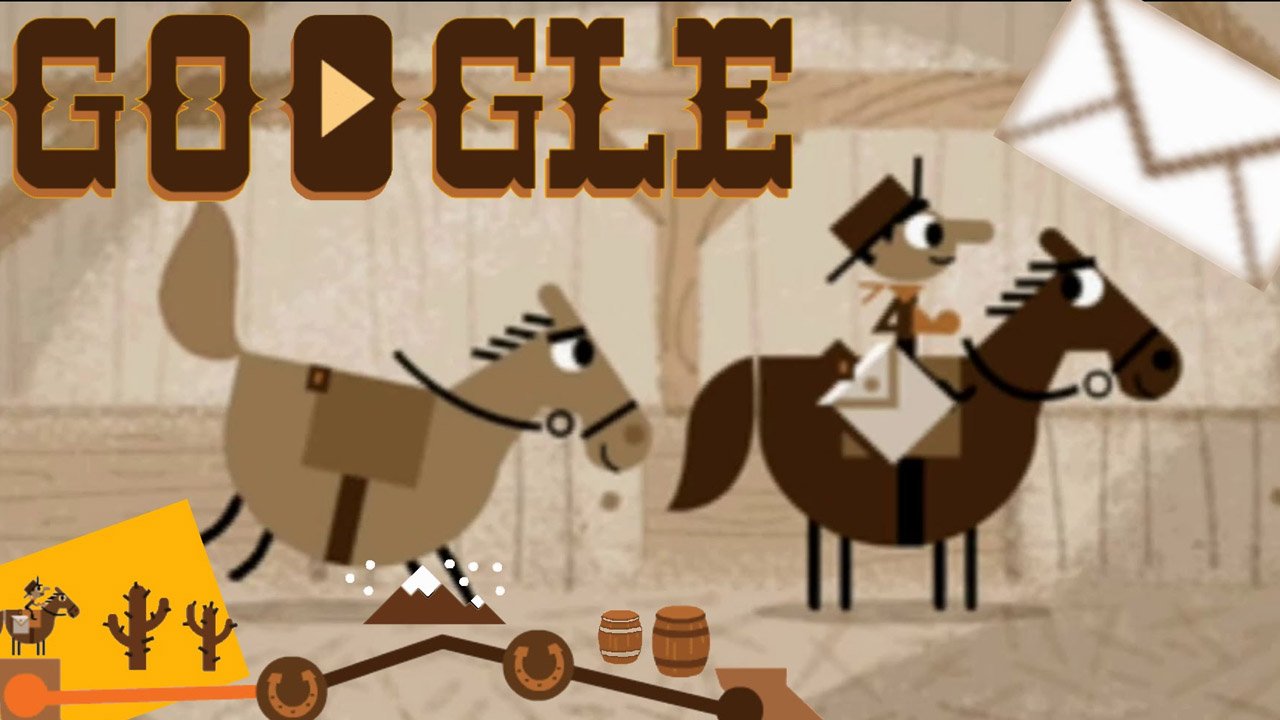 The Pony Express was only operational for 18 months, from April 1860 to October 1861. Before the invention of the telegraph, this method of communication was super speedy, taking about 10 days to travel from Missouri to California.

Google’s interactive doodles usually employ a single artist but this horseback riding mail delivery game had a team of five.

“The Pony Express felt like a great game concept to us at Google,” reads the company’s blog. “We’ve made time-based games in the past so our new idea was simple. Collect letters, avoid obstacles and aim for the ultimate 100 letter delivery!”