Enter A Surrealist Dream In The Tender Cut 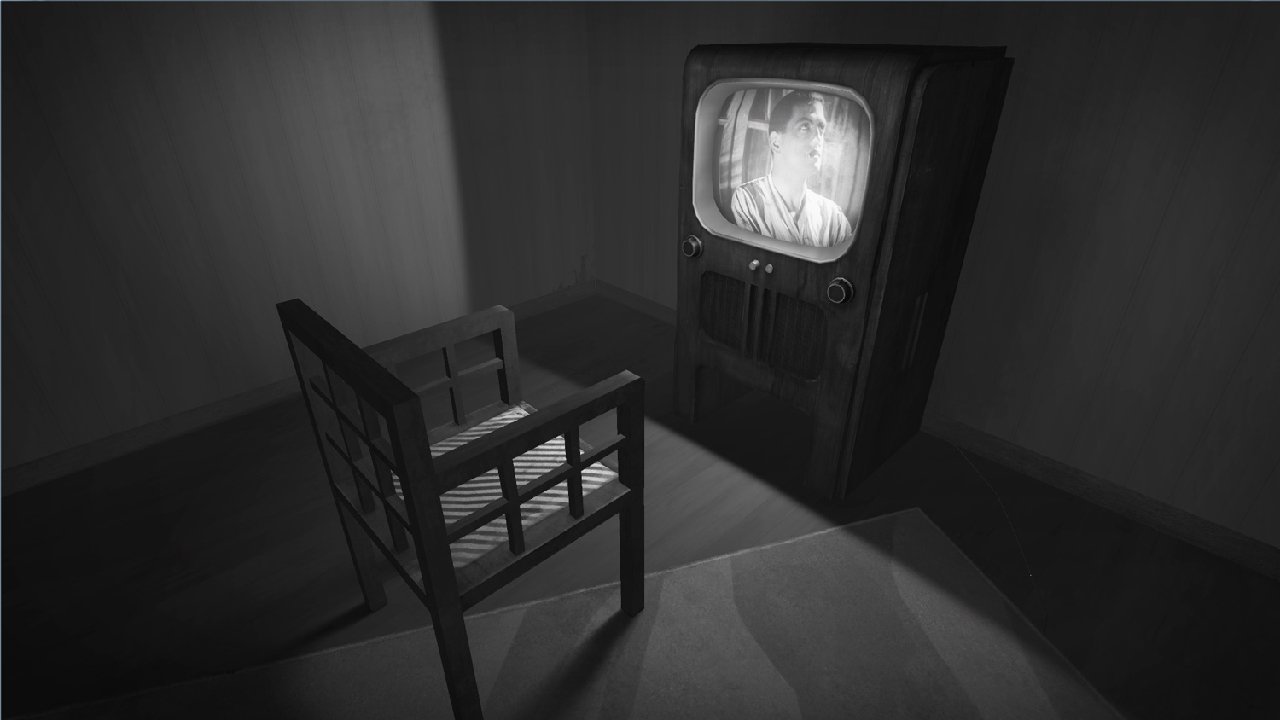 Two men are seated at a French restaurant in the late 1920s. They are telling each other about their dreams.

The first man tells the second man about a night sky with a full moon. As the moon remains still, a cloud glides by and appears to slice it in half.

“Like a razor blade slicing through an eye,” he says.

The second man recounts his dream. He tells the first man about a human hand, peeking through the crack in a slightly open door, fingers curled, an infestation of ants crawling all over it.

About 85 years later, Ilya Kononenko and Yuliya Kozhemyako start up No, Thanks Games, a game studio based in St. Petersburg, Russia, and create The Tender Cut, a “first person interactive installation/exploration adventure game inspired by the ‘il etait une fois’ scene from Un Chien Andalou.”

The infamous scene that was the inspiration for The Tender Cut is certainly the most memorable one, and unquestionably the most gag-inducing. A woman is seated while a man stands behind her, razor blade equipped, getting ready to slice her eyeball. The camera cuts to a close-up of a dead calf’s eyeball, slice-a-roo and look at all that eye goo.

The Tender Cut is a short but very enjoyable game and was released earlier this month. It’s set in a recreated version of the room in the film. The player is seated in a chair similar to the one the woman is seated in, watching an old television that is repeating bits of that scene over and over again. You can walk around this room and pick up objects used in the scene and solve puzzles with them.  Although, some of the puzzles are more like doing pointless, weird stuff with a severed hand that has a hole in it (just one example). There are no obvious rewards for completing them.

“There was not a goal to translate the movie to an interactive realm,” the developers told Vice earlier this month. “It is a brand new experience inspired by the movie. It was born as a result of our reflection on the scene. An interactive format makes you an actor instead of a viewer, making it possible to experience the scene from the other side and get another dimension of the emotional message.”

Perhaps what makes this scene from Un Chien Andalou as disturbing as it is is the fact that the woman shows no signs of struggle or fear as the razor blade approaches her face. There is no sense of bad-ass bravery in it either, which made me think that maybe she’d been lobotomized. That sense of powerlessness was converted and placed on the player in The Tender Cut.

“We wanted players to dive into a surrealistic dream,” they said. “And we wanted to translate feelings you get when you cannot affect that dream – you may see, or hear, or even do something, but you can’t escape and break the dream’s rules. The dream begins to control you. A movie may give the same feeling; it makes you feel like you’ve been placed inside its reality, and are unable to get back.”

I love the pointless, and especially the weird. Bring them together and it makes for some eye-cuttingly good pie.

The Tender Cut is available on Windows and Mac for free on the game’s web site.