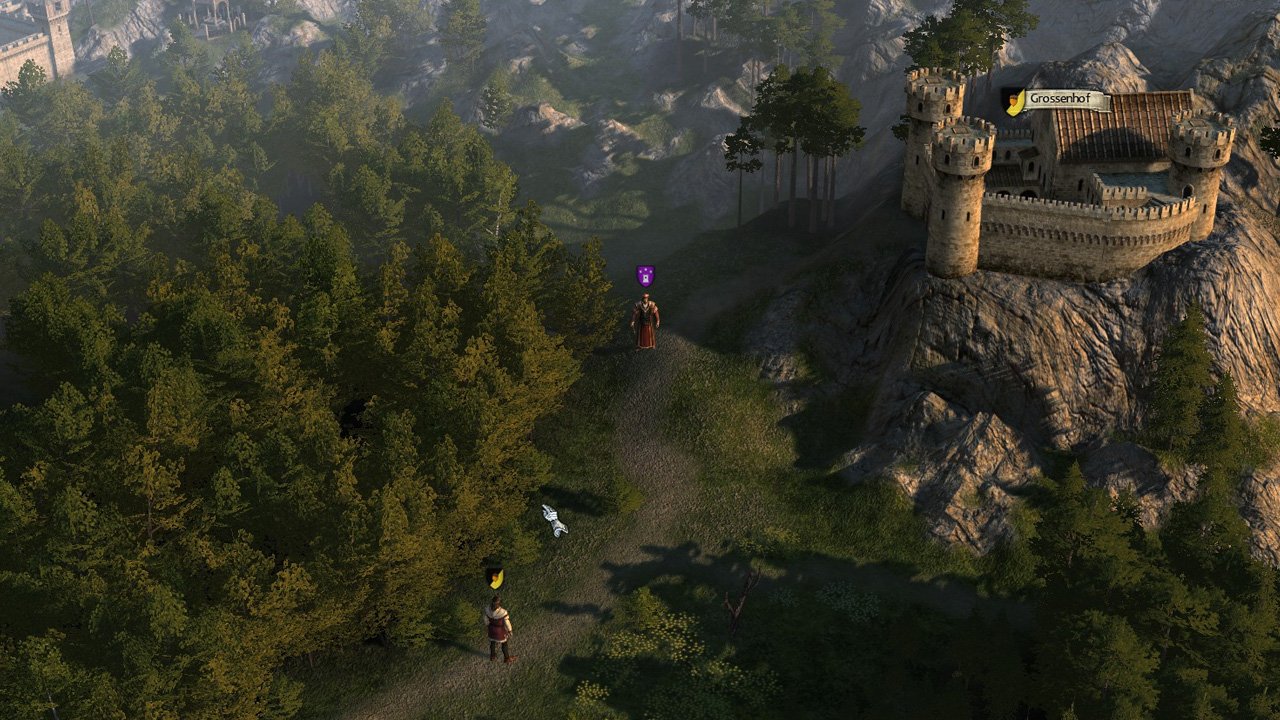 Doing a preview of a game is always a challenge. It’s never going to be complete, after all – that’s why it’s a preview. It’s hard to tell what to talk about sometimes when it’s not clear what is waiting to be fixed and what is actually intended.

I bring this up because Legends of Eisenwald is a game that definitely has its share of rough edges, which makes talking about it difficult.
The game feels a bit like Heroes of Might and Magic, but with a smaller party of heroes like a traditional RPG rather than hundreds of soldiers following your general around. You pick your hero from three different classes that fall into the standard melee/ranged/magic archetypes. From there, you run around in a world that feels rather like medieval Europe – more so than the usual fantasy setting, even.

The setting helps reinforce the fact that Legends of Eisenwald feels more grounded than other games of this style. Your hero can recruit various units to help, but none of them have the typical fantasy trappings. The healer you recruit is an Herbalist, for example, and you can get a Priest to shield you with the faith. No elves or dwarves or fire-breathing dragons to be found.

As you move your party around, you can enter various castles and towns. Right now, some of them seem to have nothing to offer, but that content will presumably get filled in as the game gets closer to release. Nevertheless, things feel a bit thin, and the organization is a bit frustrating. For example, if you want to heal, you can head to the church and pay gold. Fair enough. And yet, if you want a healing party member, you have to go to the town to hire a herbalist – you can only hire a priest from the church. This may be the logical place for them, but it’s highly frustrating to wander up and down the world map, and potentially run into enemies, just trying to get the party composition you want.

This is made more aggravating by the frustrations with moving around. There doesn’t seem to be a way to scroll the main map. That may be an oversight of the current build – I hope so, as it makes getting around far more annoying than it should be. To get anywhere useful, you have to constantly bring up the mini-map, look at the area you want to go, then click in the general direction.

Additionally, you can encounter various enemies roaming as well. The combat takes place on a hex grid, with both sets of characters filling in the spots on their respective sides. Unfortunately, the combat currently feels rather bland, with little to really distinguish it and not much in the way of strategy. For example, melee characters can’t choose any target – they’re limited to the closest target or targets to their current position. While I could understand not moving if the character is already standing next to an enemy, not being able to run around someone to go after a mage or archer is aggravating.
Further, each character has a rather small set of actions they can do, and you’re not allowed to skip a turn to do nothing, which makes most of the combat feel rather pointless. If I only have one target and am only allowed to do one thing, why stop and ask for input at all? It makes combat feel rather plodding and much slower than it needs to be.

It’s worth repeating that this is only a preview build, and hopefully a lot of the issues in the gameplay will be hammered out by release. Legends of Eisenwald is worth keeping an eye on for fans of more realistic settings for their RPGs, but it should be a rather skeptical eye until these issues are addressed.