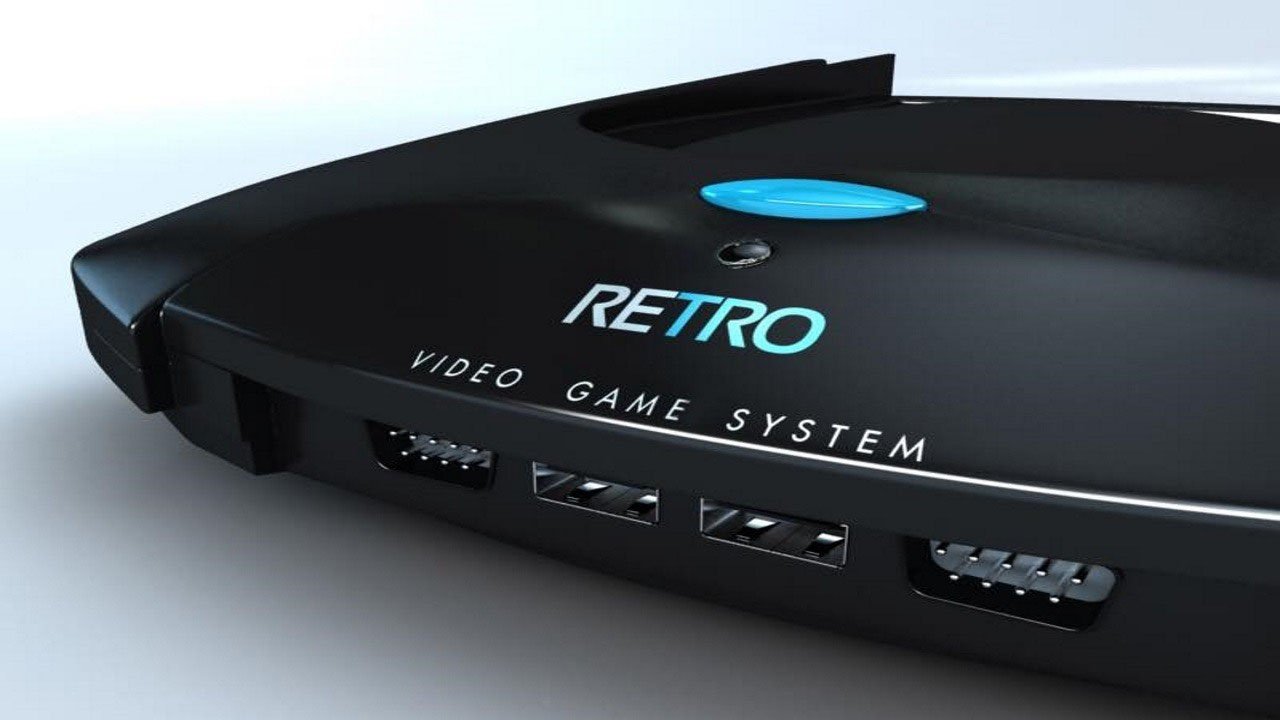 It’s kind of weird to think there is a whole generation of gamers who will grow up never owning a cartridge, never picking up an issue of Nintendo Power from their local Shoppers Drug Mart, or even play a game that came with a manual. In many ways, they those things are relics of an old game culture that brought gamers together with physical media rather than digital downloads and online play. It’s not that times have gotten worse they’re just different. Despite that, there is a niche that longs for the old days of 16-bit games, cartridges and a console that will stand the test of time. That was a long time ago, but RETRO-a company known for the RETRO Game Magazine, gamegavel.com, and RETROVGS.com- are working to bring back that era with the Retro Videogame System.

The idea came to RETRO Media Network founder, Mike Kennedy after he attended E3 three years ago. He noticed a trend in the indie world, the scene is booming with games like Shovel Knight, and Hotline Miami that look and play like classic 8-bit titles.  They’re easier to create, the art style still looks great, and nostalgia always sells. But the lack of a physical copy is a constant reminder that this is a different era in gaming. That’s when Kennedy came up with the idea of a new classic style console.
This won’t be something like your typical throwback system that can play your old games. It’s a whole new box with all new parts that will feature all new games from indie developers to classic publishers looking to make sequels to their old franchises on cartridges.  To founder of RETRO media Mike Kennedy, it’s the next step in classic gaming. “It’s going to be what that next generation of Neo Geo would be like if 3D and polygons hadn’t taken over,” says Kennedy. “[We want] big huge 2D games with tons of sprites.”

On the outside, the console resembles the Atari Jaguar, a system that has an aesthetic Kennedy likes, but failed because of it’s lack of a killer app. But the reasoning for this look goes deeper than that. When Atari went out of the hardware business they sold the moulds for the console to a company who used them to make dental cameras. Through the power of the Internet, researching, and digging through sub forums Kennedy found the owner and managed to buy the moulds from him. This saved RETRO around $250 000 to $300 000 in development costs. Which will help when they go to Kickstarter later this summer.

The plans for that are still in motion, but Kennedy has already been in contact with 150 developers, about the prospect of putting their games on cartridges.  Only a portion of them are your typical indie dev looking to have a physical version of their 8-bit game. Kennedy has been in talks with Sega, Namco, Konami and even Mattel-who spoke to him about a certain Master of the Universe- to create sequels to some of their classic titles.  So it will have some variety of nostalgia, new content, and reimagined ideas all in the classic game style that is so trendy right now.

The way the system accomplishes this is with a field programmable gate array, or FPGA circuit. In simple terms, this allows the console to run like any given system. If a game wants to play like a Genesis title, the console can accommodate that. It’s meant to make porting games easier for home brewers-developers who make games on systems that aren’t normally user programmable. The idea is to allow them to make a game the way they normally would, and RETRO can convert it easily for the Retro VGS and distribute it to a larger audience.  It will also feature an ARM processor, which is used in 32 and 64- bit execution. To make it more awesome, there’s a 9-prong controller outlet, so you can use some classic controllers to play these classic style games. Aside from that, Retro plans to have its own system core, but that’s still in development. “What we’re trying to do is not only create a system that not only will be very easy to make games for the indie, home brew folks who are using lower level languages… but also the new charge of game developers who are using Unity or higher level game development programs,” says Kennedy.

Games will range from $20 to $50 depending on the title. $20 will land you something you’d probably find on XBLA, whereas $50 would be something more sought after like a sequel to a big franchise. But price point isn’t everything.  Kennedy plans on implementing some form of quality test on the games for the system. Since there won’t be any day one patches, developers need to get it right the first time.  Unlike games of today that can be reduced to disc rot, or get lost when you upgrade a console and can’t transfer your data over, cartridges stand the test of time.  These things are going to last 50 years, and Kennedy doesn’t plan on releasing updates every 5 years. The Retro VGS won’t compete with anyone in terms of visuals, it will carve out it’s own niche. “There’s a place for Triple-A games,” says Kennedy. “But the whole industry doesn’t need to play by those rules.”
It’s a throwback, but it’s a welcome one. Kennedy has been doing some light market research, and has found that even teenagers today, many of whom were born at the tail end of the N64 era, have responded positively to the prospect of a new console with cartridges.  On top of that, they have 1000 to 3000 people liking their Facebook page a week. So there is an excitement, but there’s no way to tell if that excitement will correlate to a strong Kickstarter campaign.

That’s the real test.  That will be the difference between consumers having to buy their games online to have them shipped to their homes, or having actual retail stores carry these games. It could be the difference between certain developers and publishers hopping on board too. But, Kennedy has gone to crowd funding twice before, and was successful in both endeavours, so there’s a good chance this project will meet the same fate.

As a kid who grew up on the SNES, Genesis and N64, it’s hard to not get excited for the chance to relive the glory days with a brand new console. Kennedy is banking on nostalgia to drive the sales here, but with brand new content, and collectable cartridges of popular indie titles in an increasingly digital world, the chance to actually own a game that would normally occupy space on a hard drive sounds like a novel idea to a certain market. How large that market is yet to be seen, but the Retro VGS could be the next big Kickstarter campaign.