Taking a Stand Against Natsuiro Highschool 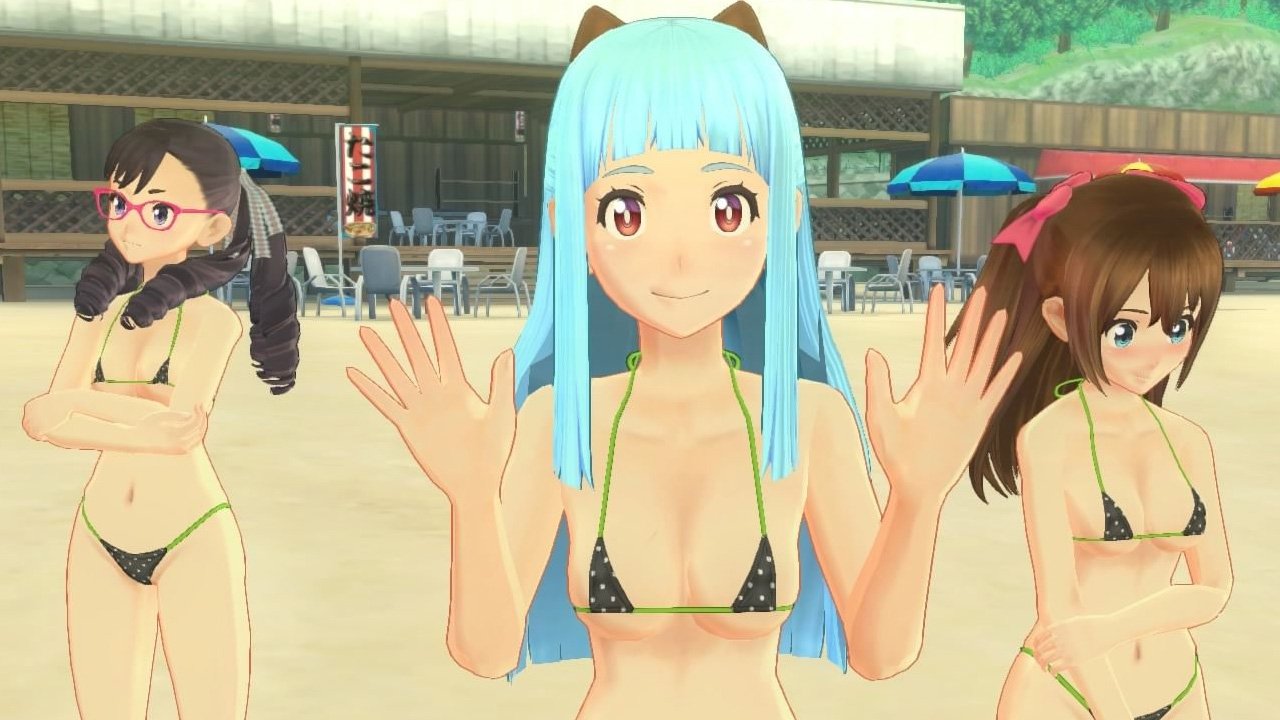 Lately, the videogame industry has been under scrutiny for it’s portrayal of women, gender roles and sexuality.  For the most part, the discussion is pretty legitimate, females are misrepresented.  However, a small, but vocal minority disagree entirely. That is a complete oversimplification of Gamer Gate, but it was kind of needed because, things are probably going to get nasty with Natsuiro High School: Seishun Hakusho. And not only is it kind of shocking that in 2015 a game like this is actually getting made, it’s alarming that during a time of debate and serious industry introspection, that D3 Publisher is green lighting this.

Before we go too deep into this topic, this is a Japanese title that probably won’t ever hit western shores. It’s planned for a June 4 2015 release.  It’s claim to fame is it is the first open world anime game. The story follows a teenage boy who joins a journalism club to report on cute girls. While there are some interesting dynamics presented in the game, like the stealth, or random animal interactions and the fact that it’s a game that revolves around photography, for the most part it’s just offensive, kind of creepy, very sexist, and really uncomfortable. At one point in the trailer, the main character lies on his back and slides across the ground to get up skirt shots.  Or, he just walks up to another girl and takes a picture of her breasts, and when he gets caught he runs away from the police.

That was a lot to digest. And if you don’t speak Japanese, that trailer probably made no sense. But still, there is a lot wrong there.  To start, this is a game about high school children and it’s rated CERO-D (the equivalent of the ESRB rating M).  You play as a teenage boy taking up skirt photos of teenage girls. Now, there is a pretty big cultural difference between North America and Japan, but this is just very not okay. Then there is the issue of how women are treated in this title.  Sexualizing children is creepy, and objectifying women is just not alright. Mix them together and you’ve got this game. And the fact that he gets scolded for doing so makes it clear that the developers are aware this is disgusting. The issue is that by making police chases part of the game, it makes the consequences seem like less of an issue. For instance, when you kill a hooker in Grand Theft Auto escaping from the police is part of the fun.

It adds to a culture that is trying to move away from that. In the fall out of Gamer Gate, there have been some very progressive conversations that were sparked from the initial hate fuelled misogynistic attacks, and finally, it seemed like everyone was moving on. And maybe the industry and its consumer base were ready for a more progressive approach to gender and stereotypes. Now there is this. In this game, it’s okay to take pictures of a woman’s crotch without her consent.  There is a lot doesn’t sit right with me when I watch that trailer. The blatant objectifying of women seems out of place in today’s landscape, and it doesn’t feel like there is much of a message to convey from this game.

In 2015, this seems out of place. The premise behind the game might not have been that bad without the whole creepy up skirt, boob picture taking aspect of the game. Unfortunately, it’s part of it. And even worse, it’s a big enough part that D3 Publisher thought it was worth advertising. While there is no word on if it will make it’s way to North America, it’s probably best if it doesn’t.