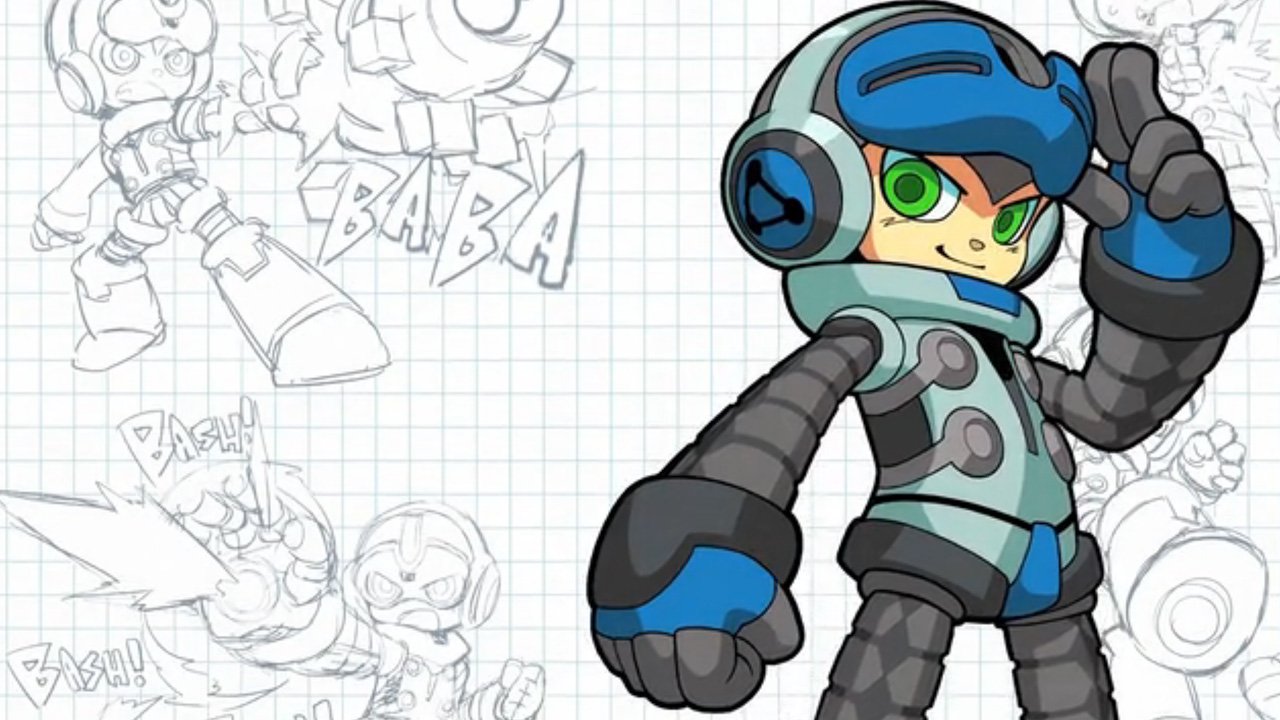 When the Mighty No. 9 Kickstarter was originally announced, it was one of the first Kickstarters from a truly legendary developer. At first, people were confused why Inafune would ever need to turn to Kickstarter – can’t he just fund the game himself? As we now know, funding a game is an incredibly complicated process and thankfully the MN9 Kickstarter was wildly successful. Luckily, at this year’s E3, I had some hands-on time with the game and couldn’t be more impressed.
The demo I played included several different levels, but for the sake of time I only got to play two of them. The first level was mostly a tutorial, but the what really stood out to me was just how long and diverse each level was. At first, gameplay feels incredibly familiar for anyone that’s ever played a Mega Man game before, especially one from the X series. In fact, the tutorial level immediately reminded me of the first stage in the original Mega Man X.

Interestingly enough, similarities don’t permeate the game quite as much as one might expect. For example, I did not immediately have use of a charged shot. My first instinct, once I booted into this familiar looking 2D landscape, was to charge up my buster cannon and ready a charged blast. Nope – nothing. As a result, I had to refocus my combat endeavors to be more about speed and rapid-fire, rather than precisely placed charged shots. Furthermore, I couldn’t wall-jump. Since it shares so many similarities with Mega Man X, at least from an aesthetic point of view, it was jarring to have two of the biggest features missing. However, that’s not to say that these are bad things.

Rather than rely on playing the game in the same way I would play Mega Man X, it taught me a new style of gameplay. In Mighty No. 9, Beck, your character, has a dash ability. This dash ability is versatile in that it’s used not only for increasing your speed or for getting across gaps, but also for absorbing abilities. In combat, enemies have a few different states. First is their base active state, in which they move around and attack you like normal. Then, once you deal enough damage to them, they enter a semi-stunned state, displayed by pixels floating around them, at which point you can dash through them to absorb an ability for a short time and destroy them. Finally, you can also continue shooting to kill them.

Simple in concept; exciting in execution. There were multiple instances in which I’d see a row of enemies on a platform. One of the biggest draws of the game is stunning multiple enemies in succession, then dashing through them all to rack up combos. This garners not only points, but even better and longer lasting abilities as well.


The second level I played took place on a highway and it was even more intense. I had to jump around between moving cars, trains, and trucks, all while fighting enemies, and avoiding the ground – which results in instadeath. It was a refreshing throwback to old-school platforming design and, as expected, the game oozes personality and challenge. My demo took place with an Xbox One controller, which felt great in my hand because I used the d-pad rather than the analog stick, and I’d imagine that translates over to PC gamepads and the PS4 controller just as well.

Mighty No. 9 is slated for release later this year on September 15 – well, pretty much every platform there is, including: PC, Mac, Linux, Nintendo 3DS, PS3, PS4, PSVita, Wii U, Xbox 360, and Xbox One. That’s a lot of platforms for this highly anticipated platformer.