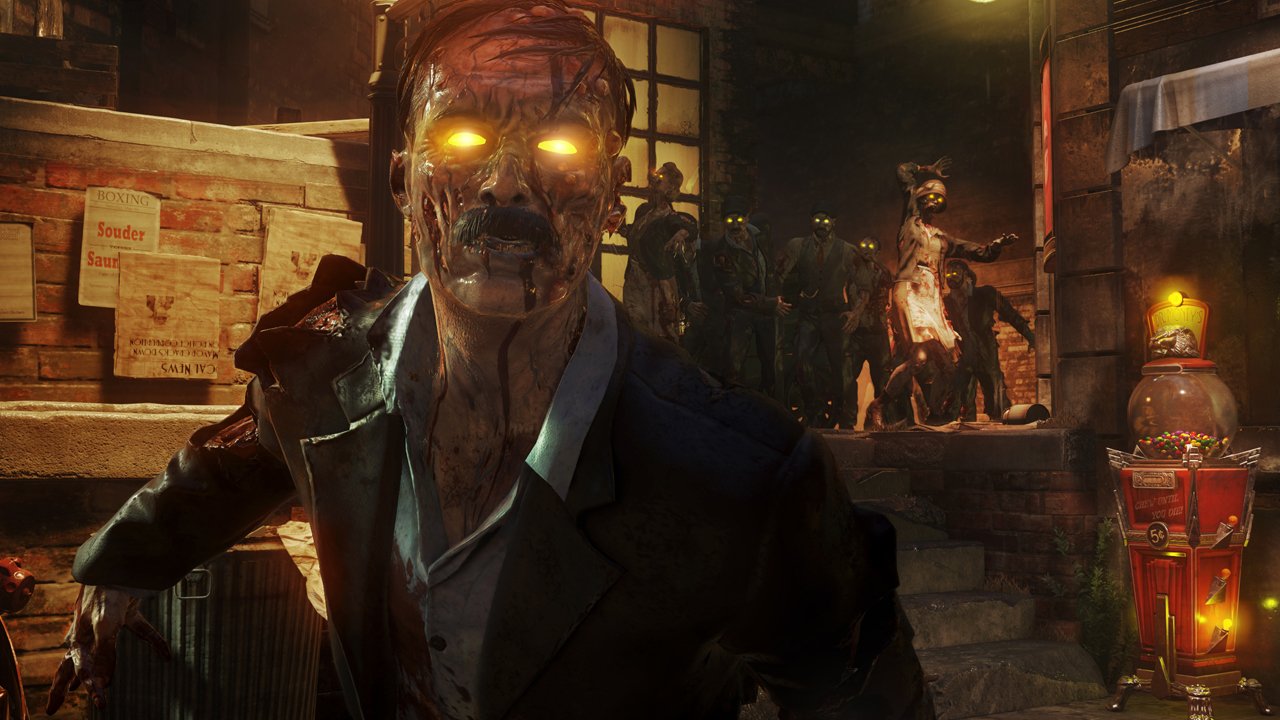 This week’s Black Ops Friday event continued with the attention on the fan-favourite mode, Zombies. The mode this time around will include a narrative to the zombie mode to pull in more gamers to take the mode seriously.

‘Shadows of Evil’ is the continuation to their story mode in Black Ops 2. The additional story pack will be accessible to those who buy either the Juggernog Edition or the Season Pass on day one. The survival mode that gamers have grown to expect will be the only competitive mode in Black Ops 3. No new mode will come with the game at launch.

Scott Lowe asked about if the story will continue into the DLC season and game designer, Jason Blundell had this to say.

“Absolutely it’s a great opportunity to continue the story,” he said.

The developers have learned a lot from previous map packs and have incorporated new elements this time around. With their new movement system, the map packs aren’t only bigger in the linearity sense but latterly as well.

Also, a silly yet humourous edition to the series will be a dispensing gum machine. The “Gobble Gum System” will grant players new abilities depending on what type of gum the machine spits out.

The ‘Juggernog Edition’ was also unveiled which had zombies promotional art wrapped around it the rectangular package. The game will be encased in a steel case for those that pick it up. There are also nine character cards that go in-depth with character profiles and traits of the heroes you play as in multiplayer. It also includes a rundown of the weapons at your disposal.  There’s also, and wish I were kidding, a fully functioning fridge with terrifying in-game sounds, as well as the nostalgic zombies jingle from the first entry.

If there are certain aspects of the game that still elude you, next week is the last episode of BlackOpsFridays. You can tune in at 3 p.m. eastern time, or 12 p.m. pacific time to get your burning questions answered before you pick up the game.

Recently the developers released the launch trailer for the game. You can check that out here.

Headlining before the launch, those who are purchasing the game on a Xbox 360 or a PS3 will notice the game runs at 30 frames per second.

How excited are you for the iteration of Call of Duty? Let your stance be heard.