Lawbreakers Preview: The PC Shooter is Back 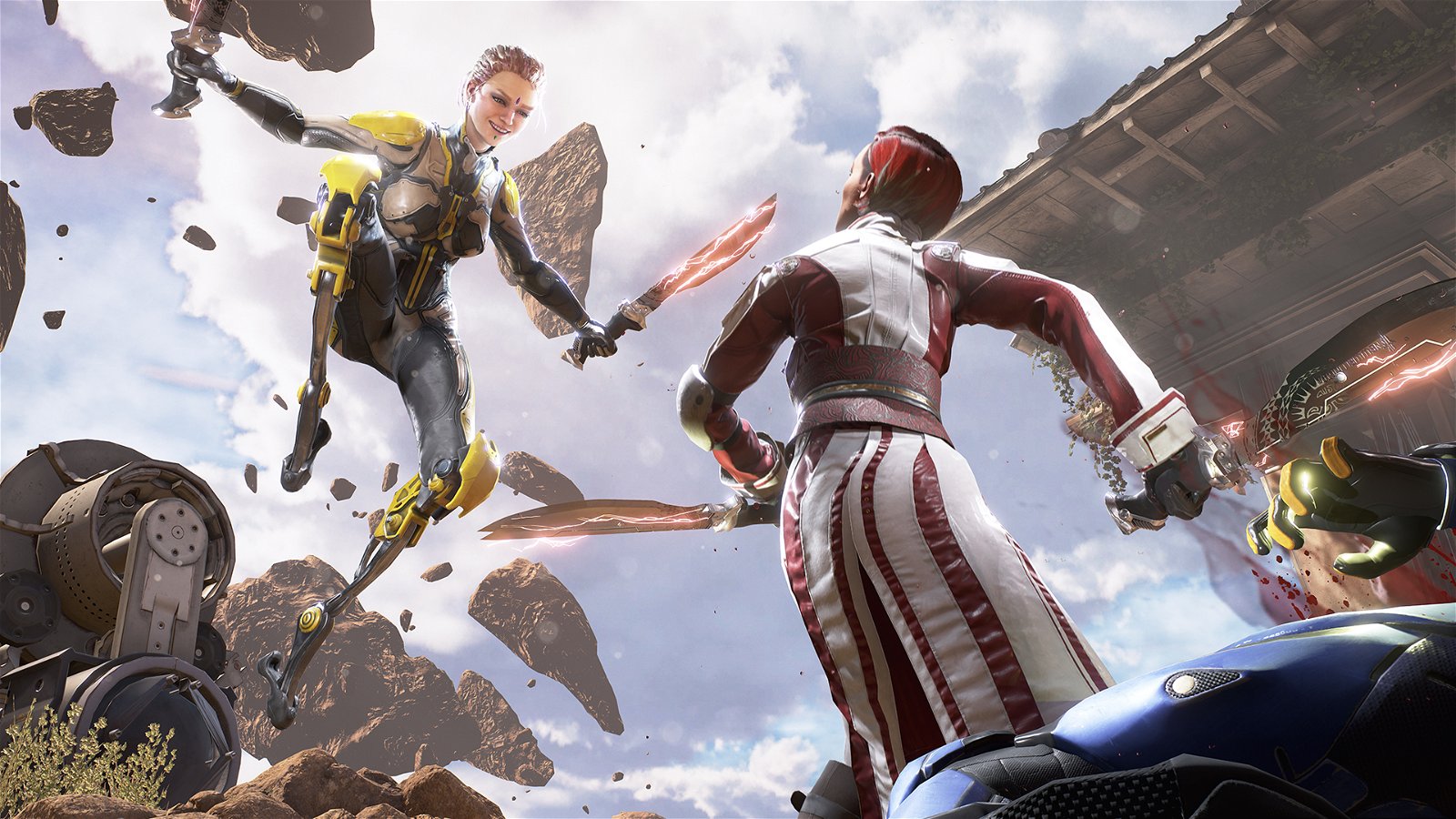 Before the console shooter was refined to the level it is now; there existed an age of fast-paced FPS games played on the PC. Built for the keyboard and mouse in mind, these games dominated the landscape of cybercafés and dorm rooms. Now-classic titles like Quake III, Unreal Tournament, and Half Life were the kings of the field, with people working to up their kill/death ratio while trying out all the new mods the community was constantly cranking out. These colourful, exciting, twitch-style shooters are now making a resurgence, yet none have really been able to re-capture that sense of excitement and water cooler moments like Lawbreakers, Cliff Bleszinski’s new PC title from the people over at Boss Key Productions and published by Nexon.

This is the first game Cliff has worked on since his semi-retirement that followed his departure from Epic. Taking things back to his roots, he calls back the golden age of the shooter; where designers built a game for the love of the experience. As he talked about returning to game design and working on Lawbreakers it was clear the passion he had for the project. That excitement for game design—and this project specifically—was perfectly outlined when he stated: “I want to get the game out and have it make money, etcetera, etcetera, but hearing people hoot ‘n holler over it is music to my ears. I come in, it’s Monday, I’m tired, and then I hear everyone in the playtest yelling at each other. It’s just like, oh my God; we’re making something pretty damn cool.”

For those of you out there that do not know, Lawbreakers is a new title that takes the core concepts of the shooter genre and tries to recapture the bright, fast-paced fun that only the PC can provide. Utilizing teams of different classes, you must choose to take on the role of the law; the police in this universe, or the breakers; the criminal element. It is up to you to properly play your role, support your team, and ultimately win the round. The unique aspect of Lawbreakers is not the action, but the sense of verticality and speed. This is a game built for the lover of twitch gameplay. In any firefight you have to keep an eye on all elements of the world. People will take you down from any angle, so if you don’t keep an eye your surroundings, you will not last long.

With the marketplace finding itself saturated with multiplayer shooters, it is a testament to the team Boss Key Productions has gathered together that Lawbreakers stands out from the crowd. It injects enough new concepts into the formula to make it feel like something truly special. Each class feels unique in a way that will take a while to masterfully. They all have a series of skills that allow them to be truly lethal; from the stealth killing techniques of Kitsune to the raw power of Cronos, each character showcased a solid balance of strengths and weaknesses. The dev team have crafted an experience that first and foremost felt balanced. Despite the initial learning curve in figuring out how each of the characters played, I never felt as if the game was unfair. From the minute I picked up the game to the time we all had to leave the studio, I felt like my skills were constantly improving. Slowly but surely I was learning how to master the tools of destruction at my disposal. Cliff outlined why classes matter so much in today's climate when he said: “This is the era of the hero-based game, and I joked that we were the anti-hero game cause our archetypes of characters are edgier than some of the other titles out there. “

The style and aesthetic of each character is one aspect that cannot be understated. Cliff talked about how the team “decided to take that variety and put that on the characters,” and it is clearly on display even just watching the trailers for the game that are out there right now.

While the developers have fine-tuned the combat and the characters if the maps you played in did not all work together to solidify the experience that effort would be for naught. I only had the pleasure of playing on the Grandview map, but it seemed to be coming together very well. The map had a great sense of verticality and offered players many paths to choose from in pursuit of their objectives. The centre of the map is identified by a gravitational anomaly, giving players an area to battle where gravity has almost no meaning. This is where your opponents can come from anywhere, making it a frantic free-for-all of death and destruction.

This map is based on Lawbreakers’ take on the classic capture-the-flag formula. The team at Boss Key managed to mix things up for players here too. No longer are players trying to grab one of two flags; they are now tasked with capturing and holding a battery. This battery will charge throughout the match and the team that holds the battery at the end of the countdown will gain the point. This may seem like a minor change, yet this give-and-take mechanic with only one “flag” in play makes for very frantic gameplay, especially when the battery is almost at 100%. It is something that really has to be experienced to understand fully how it all works, but once you do, it all clicks in the best possible way.

With Cliff Bleszinski best known for Gears of War, one of the more visually drab shooters, the bright art style of Lawbreakers took me by surprise. It is vibrant, stunning and colourful, and it all works to build the world of Lawbreakers. It is great to see a mature shooter that still embraces the bright aesthetic. It is also great to see a studio building a game for adults and realizing we don’t all want games knee-deep in the grey and brown spectrum; a bit of colour helps us enjoy the experience.

When asked about these design choices , Cliff Bleszinski outlined it very well by saying: “When you play a multiplayer game and everything is fairly bright, you walk away with a good feeling. When you play some of these older games that are de-saturated, you finish it and get a little… what I call the game version of seasonal affective disorder. There’s a reason why some of the best Halo maps are on a beach with grass and stuff in the background with bright blue skies. So there’s that, just to avoid physical and emotional fatigue, honestly, that’s kind of the goal.”

Lawbreakers finds itself in a crowded marketplace. With games like Overwatch, Battleborn and Paragon all launching in the near future it has never been harder to make something that resonates with the larger gamer population, but this is just what Cliff set out to build. “I want [people] to think it’s slick. From the framerate to the pacing of the game to the moves that they can chain together. I want it to resonate with them when they stop playing I want them to keep thinking about it, “ he said.

It is a lofty goal, but one that this fledgling studio seems to be taking head on. They have built a game that is truly fun to play. From the few sessions I participated in during the event, I felt as if this is a game I could sink hours into it mastering. With so many ways for players to chain together the skills and abilities presented to them, Lawbreakers is a game that I wish I had back when I had more time to actually to sit down and play games.  I am eagerly awaiting the next time I can boot it up and play matches deep into the night; even if that means some very tired mornings.

To see the game in action, check out our comprehensive Let's Play of Lawbreakers below: