We Happy Few Preview – Take a Trip Down the Rabbit Hole 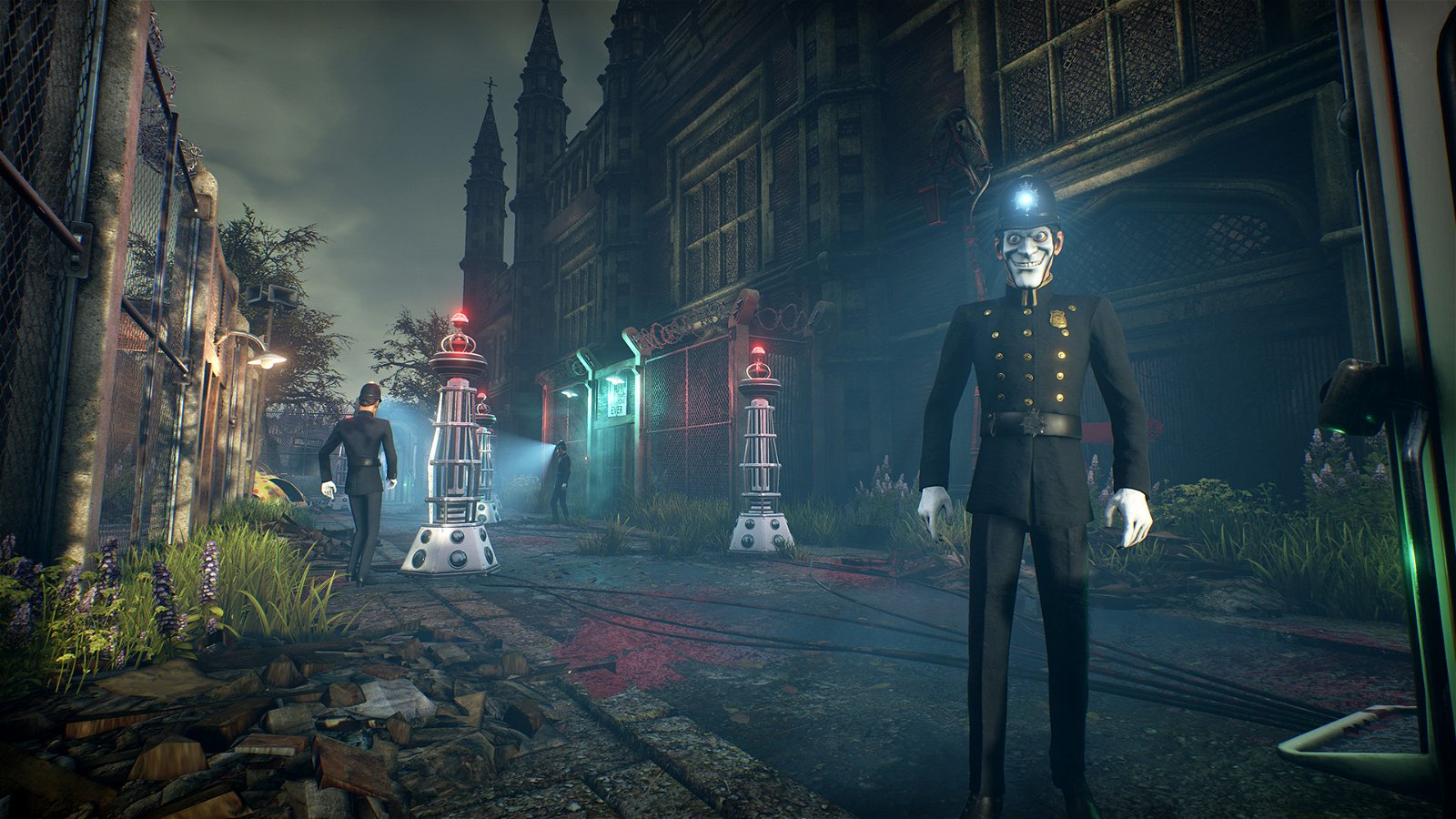 We Happy Few was one of my personal standout games from Pax East 2015. It innovated on the first person survival style game by not only introducing a drug-fueled, Mod-inspired dystopian England but did it all within a procedurally generated world that would change with each playthrough. In a way, it felt similar to a cross between Don’t Starve and Bioshock, building on concepts from both these games while also creating something wholly new. I got a fresh look at the most current build of the game, and things are looking even more impressive this time around.

For those of you who don’t know, We Happy Few is a game that takes you to England after some kind of disaster event. You wake up to find yourself in an odd future; part of the world is in a drug-fueled state of constant bliss, the other is miserable and filled with people living in squalor and decay. Both sides are trying to survive, and somehow you are stuck in the middle of all this.

As the protagonist, you are trying desperately to escape this waking nightmare, but to do this, you must struggle to stay alive. You’ll have to scrounge for food and water while avoiding the people in the world that want you dead. You must blend in with the locals, using the tools at your disposal or found within the world. Each attempt could be a step towards death, and that is all the fun.

The art style of the game is a character in itself and builds the sense of place and time. There is a constant dichotomy between the two aspects of society with two very different ways of dealing with struggle. The joyful side of town, is stuck in a 50’s mod aesthetic as they live their lives in a perpetual drug induced haze, while the other side of town is characterized by depression, not able to escape the horrors of existence, and doomed to suffer constantly in the wreckage of the once great city.

To blend into different areas, players have to pay close attention to their surroundings. Within the drug-fueled “joyful” areas of the game players need to dress to impress, be happy, and possibly get hopped up on the in-game drug Joy to pass among the locals. Taking Joy has consequences though; once you ingest the drug you start to experience the world of the game differently. Everything seems more bright, colourful, and wondrous. Yes, there is even a double rainbow if you hunt for it. But, as with any in-game mechanic in a survival game, there is a downside to using it. Short term it allows you to walk among the locals, long term it will start to affect your health negatively, possibly forcing you to start the game over.

Combat is what you may expect from a first personal survival game. You will use objects you find within the world to defend yourself. Making sure every attack matters is important too, one wrong move could mean life or death. With nearly everyone in the world looking to kill you, much of your time will be spent fighting back, hiding and scavenging. All aspects needed to survive, from weapons, healing plants to parts and tools for crafting are scattered throughout the world.

Did I forget to mention death has consequences in We Happy Few? Every time you die, you are forced to start the game over again. Progress will be lost, and you must re-learn the map. Yes, even the map will change from playthrough to playthrough, so even if you learn it before death, the next time you start the game it will all need to be relearned. This is all part of the charm and fun of the game. It is a game with endless possibilities, and it is up to the player to experience them.

There are so many aspects of We Happy Few to dive into, but with the game little ways off, it would only do the game a disservice giving too much away this early on. This is a game that anyone who loves rouge-likes, survival experiences, or stunning game art should keep an eye on.

File Under: Crowdfunding, We Happy Few