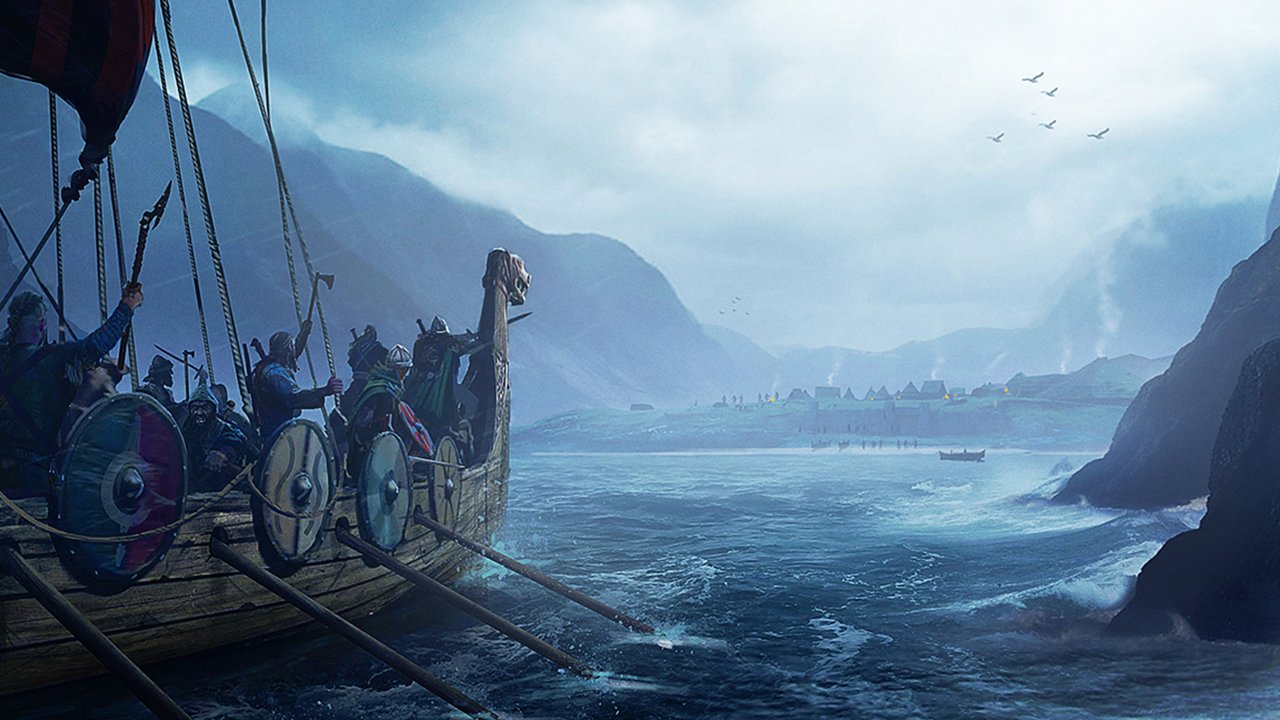 Logic Artists are a studio that knows how to build a classically set RPG. They managed it with Expeditions: Conquistadors, and are doing it once again, only, this time, setting it deep in Viking lore. The massive RPG will take players deep into the realm of the Danish Vikings as they try to rebuild their clan. The unassuming title has a strong feel of Baldur’s Gate, with a combat system that was easy to pick up and understand. I went in blind and was quickly interested in seeing more.

Unlike many games that have a similar style of gameplay, the Expeditions series avoids the use of magic, myth or fantasy, and tries to stick closely to reality. Don’t expect dragons to come swooping down, or the Norse gods to make an appetence. Everything the player experiences is possible within that time period. With the characters having such strong beliefs in myth and ledged, there will be some aspects on display that may defy reality, but these will all have real world explanations.

You start off the game by building a character, as many RPGs do, but things are different here. Although there are stats and values for your skills, this is a game without classes. You build a character that matches how you want to play, not to fit any one archetype. It’s a bold choice, but one that fits well with the historic setting.

You and your group of six Vikings set out to explore the territory, conquer and possibly destroy anyone that steps on your path. It will be up to you in you decide to act towards the people and areas you find and the choices will have repercussions throughout the world. Should you choose to conquer or be peaceful, everything has a choice, and there are many ways you can take on challenges. Whether you love to slaughter your foes or talk your way out of trouble, there will be options in Expeditions: Vikings for you.

Eventually, though, you will have to draw your sword. The game handles fights in a grid-based battle system. If you are familiar with The Banner Saga, you will quickly get the hang of combat here. In the few fights, I found myself in within the demo, I felt at home within minutes. The game is very clear on what can and cannot be done any given turn. It is also very generous with movement and the ability to plan out fights. Even going in blind, I was quickly slaughtering my enemies and walking away with few casualties. It is a system that will test your skills and lead to some very intense interactions later in the game. Everything felt well thought out and even in the early state, was very fun.

Expeditions: Vikings is a game built from the ground up for the classic RPG fan out there. There are endless possibilities and a rich tapestry of a world to explore. Having only seen around 20 minutes of what this game has on offer does make it hard to pass judgment on the final product, but if the team at Logic Arts manages to maintain the quality and story telling for the full game, this will be one that any fan of Baldur’s Gate or Pillars of Eternity, even if it does forgo the fantasy setting. The team demonstrates some real passion for the project, and it shows with the quality of the work. I will be excited to play more when the game hits PC in fall 2016.