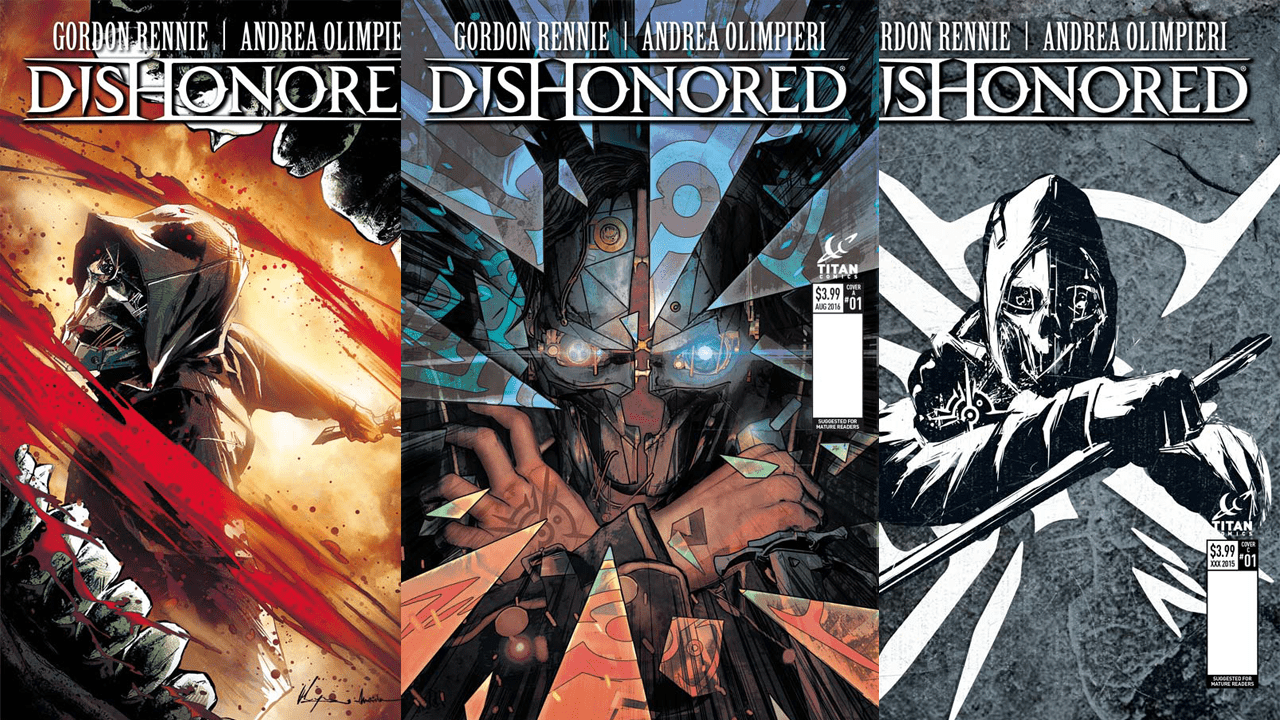 Titan Books and Bethesda Softworks are teaming up for a multi-platform publishing partnership for Dishonored 2, the next chapter in the award-winning Dishonored saga by Arkane Studios.

Announced via press release, this will include three original novels, an all-new new four part comic mini-series, and a graphic novel collection that will bridge the story between Dishonored and Dishonored 2.

The series will be written by Gordon Rennie, a “stalwart” of the comic scene who’s writing credits include the original series, White Trash, as well as his work for cult magazine 2000 AD, on notable properties, including Judge Dredd and Rogue Trooper. Rennie is joined by artists Andrea Olimpieri (pencils/inks) and Marcelo Maiolo (colourist) whose art credits include Batman Beyond for DC Comics and Old Man Logan for Marvel Comics.

The story takes place twelve years after the events of Dishonored, Corvo now a little older and wiser, sets his sights on the future and securing an apprentice to continue his legacy. But he’s when confronted by an familiar figure from his past, the supernatural assassin finds himself drawn once again into an otherworldly conspiracy, one that threatens to shake the very foundations of his ancient city.

The first official Dishonored tie-in comic in the series from Titan Comics will release in August 2016. Three additional installments in the comic series will follow, releasing in September and October.

The series will be collected together for a graphic novel, which will be available in November 2016.