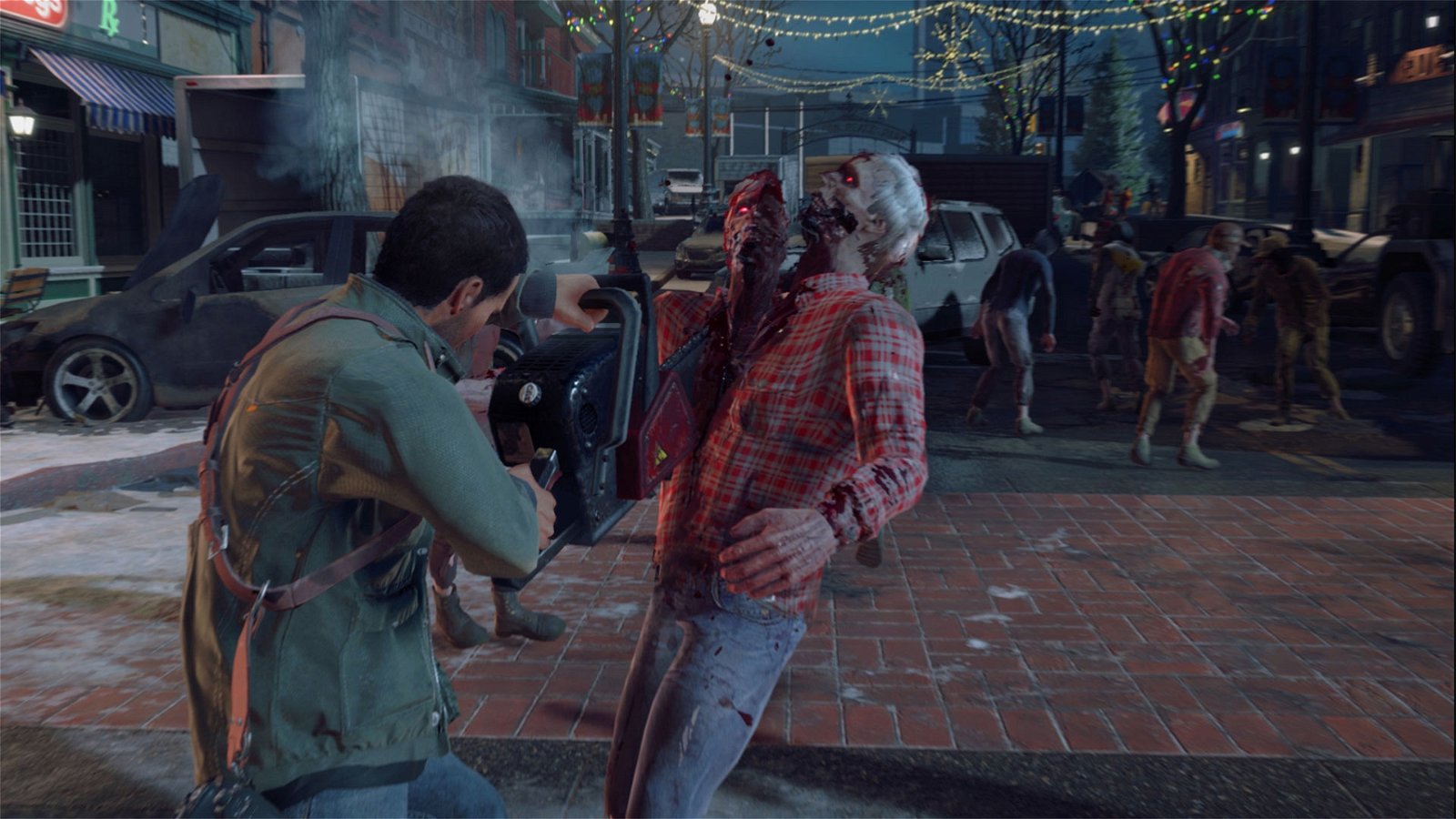 Capcom has somehow managed to make the latest Dead Rising game even more ugly than the last one, which wasn’t easy on the eyes by any means as it opted for a more realistic grittier colour scheme, unlike the games that came before it.

While there are more zombies on the screen than ever before, it comes at a price: the framerate drops to what appeared at some points to be in the single digits. Framerate issues also plagued the last title, but in its current state Dead Rising 4 is—surprisingly—even worse. Perhaps these drops are because of the amount of chunks that seemingly fly in the air when mowing down multiple zombies at a time, but I’d rather have a stable game than a manic one. Obviously, the game is still in development and may potentially be fixed by the time it releases later this year.

It isn’t all bad news, the day cycle mechanic is now gone. No more feeling rushed! Fans of the first game may recognize some locations as this entry takes place in the very same city, though not just inside the mall this time; you’ll be slaying zombies throughout the city as Frank West, also from the original Dead Rising.

Capcom is keeping mum on most of the story for the time being, but did tell me that this game takes place when an outbreak happens during the rebuilding of the following the events of the first game.

As far as the gameplay goes, not much has changed. You’re still using any item you can grab as a weapon, still have strong attacks and special attacks, and kills are still as gory as ever (if not more so). As you’d expect, there are new weapons to be found, though at this point, I’ve seen so many crazy weapons from the series it is hard to know what is and isn’t fresh to this version. New vehicles and combination vehicles are also on offer; one such vehicle is a dune buggy with a rotating Gatling gun on top that allowed me to kill 500+ zombies in no time while simultaneously murdering the frame rate.

One of the stranger additions is a cybernetic suit that Frank can use for short periods of time, which grants him super strength and allows him to use weapons that would be too heavy otherwise. For example, I was able to rip out a giant chunk of the ground along with a parking meter, which could then be swung like a gigantic hammer. Entertaining, but mechanically didn’t feel all that different or fresh. In the end, you’re still smashing zombies with ridiculous weaponry, but that is kind of the point of Dead Rising, isn’t it?

Hopefully, Capcom learned from Dead Rising 3 and can improve the frame rate and give this a more colourful coat of paint before launch later this year. Otherwise, this one is better off dead.