Dropzone Preview: A New RTS From Sparkypants Enters the Fray 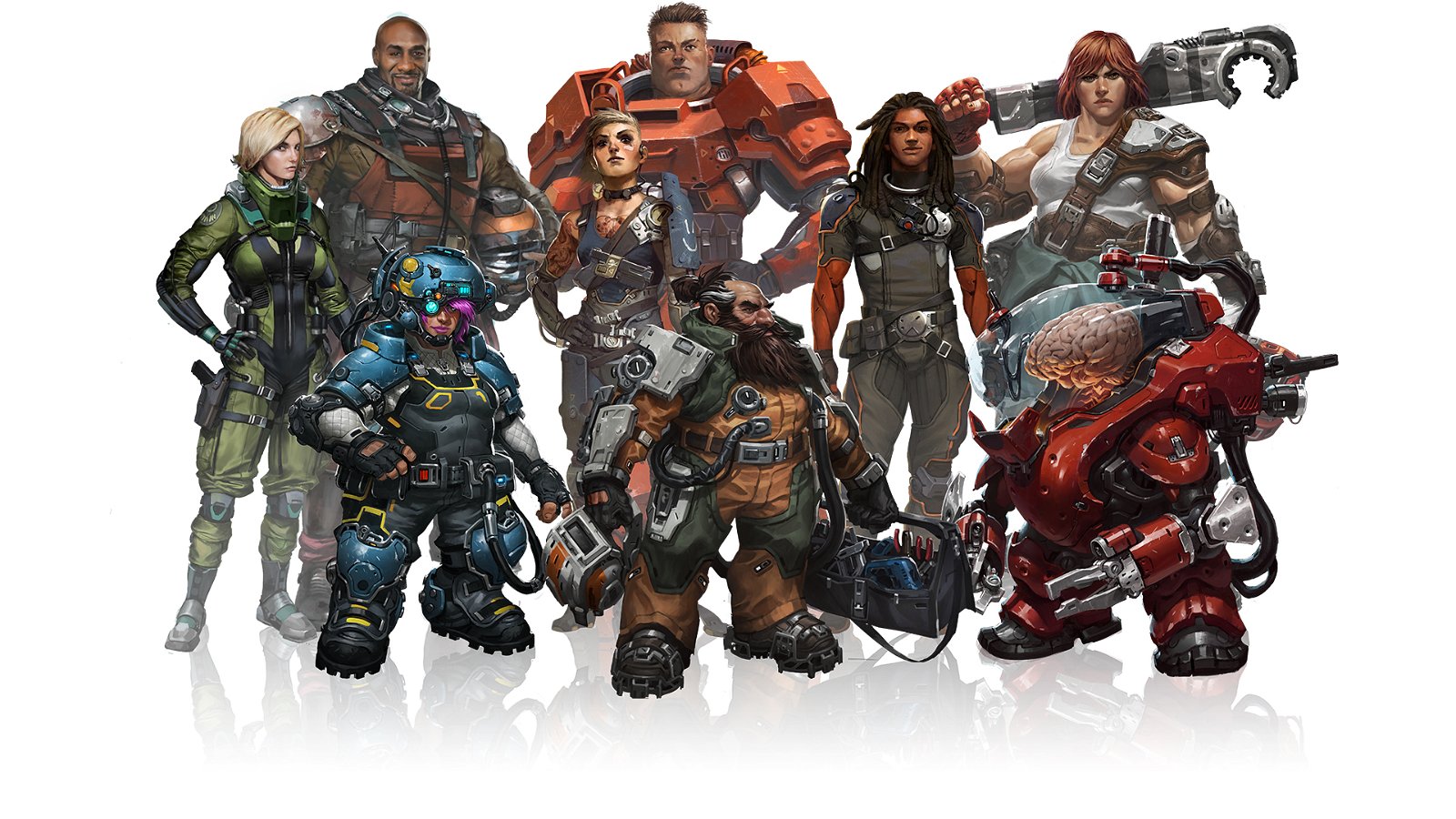 With the MOBA genre now being one of the dominant forces in gaming today, it was only a matter of time before studios began the attempt to innovate on the formula. Sparkypants Studio has done just that: they have taken the RTS formula, mixed it with that of MOBAs and created something truly unique by the name of Dropzone.

To say Sparkypants has just mixed MOBAs with the RTS genre and left it at that would be doing Dropzone a disservice. Dropzone is a distinct experience. Due to the simple fact that you control multiple heroes, it never really feels like a true MOBA, and with the lack of base buildings and each hero having such an impact on the battlefield, it never feels like a pure RTS either. It is a hybrid in the most genuine sense. The closest analogue I could think of would be Warcraft III or Dawn of War, where players take control of hero units as they go around slaying the monsters that plague the lands.

The core of Dropzone focuses on 1 VS 1 gameplay, with each player looking to upload the most cores before the 15 minutes of match time runs out. There are randomly spawning alien (Kavash) hives around the map, and once these colonies are destroyed it will grant experience along with the cores. These cores are the focus of the gameplay and once collected, they must be taken to the uplink location at the centre of the map. It will take ten seconds to upload, but once done your side will gain a point. Points can also be gained by other random map objectives such as tower control or killing specific units.

The flow of the gameplay within Dropzone is what makes it so engaging. Limiting every match to 15 minutes ensures few games will drag on and that every minute in the match counts. Players control three separate mech units, each with a specific loadout. They will need to use each unit’s special abilities to harvest cores from investigations, all while preventing their opponent from doing the same.

The gameplay feels refined and was clearly designed by people who love what they are doing. As I tested out the game, they described how they are regularly taking feedback from all members of the team and iterating to make Dropzone the most fun it can be. This iteration shows. The gameplay loop feels solid, and despite the simple nature of the one vs. one mode, it had enough depth that I wanted to dive back in right after I had finished a match.

One of the biggest downfalls of the RTS and MOBA genres is the drawn out nature of many of the matches. Things can sway last minute, making understanding the flow hard for new players. In Dropzone, Sparkypants ensured that this is not an issue. Objectives felt clear, with all aspects from points to control locations clearly marketed, making it an easy to understand, hard to master game that would fit the competitive scene well. The momentum is easy to comprehend, and even someone coming in just to watch on Twitch would easily understand how a match is going and what could be done next.

As with any MOBA-style game, heroes can be levelled up with experience earned during a match, yet the real power will be how players set up their team. At the start of any battle, players have the choice of three heroes: Tank, Mechanic, and Gunner. Each of the roles has the standard strengths and weaknesses the names would suggest, and their overall function is very similar to a hero in League of Legends. They all have skills, abilities and combos that can be set up. It is this customization that ensures no two maps will ever play the same, and each new variation has the potential to provide a new style of game.

Even with the simple nature of the gameplay, the customization and structure of the game ensures there will be a lot of strategies for players to master. Every action you take in a match will have some backlash from your opponent. As I moved to take a Kavash hive, the adversary I faced off against tried other strategies to guarantee he would overtake me in points. When I thought I had the final victory point, he ambushed my squad and moved himself a point closer to victory. It was this constant battle to the very end that made Dropzone one of the most engaging RTS style games I had ever played. Sparkypants built on the familiarity with concepts I already had, and played with them enough to provide a fun, rewarding experience.

Overall, I felt Dropzone showed off very well at E3 2016. With a competitive game, it’s all on whether the community jumps in and embraces the experience, but the team at Sparkypants have done all they can to showcase that they are building a game players will enjoy. It is fast paced, enjoyable and nerve-wracking, all the key elements you would hope for from a new RTS online game. It may not overtake League of Legends, but with the talent behind it, it sure has a shot at greatness.

Dropzone is being published by Gameforge and developed by Sparkypants. It is currently in closed Beta and will be launching on PC in North America and Europe sometime in 2016.