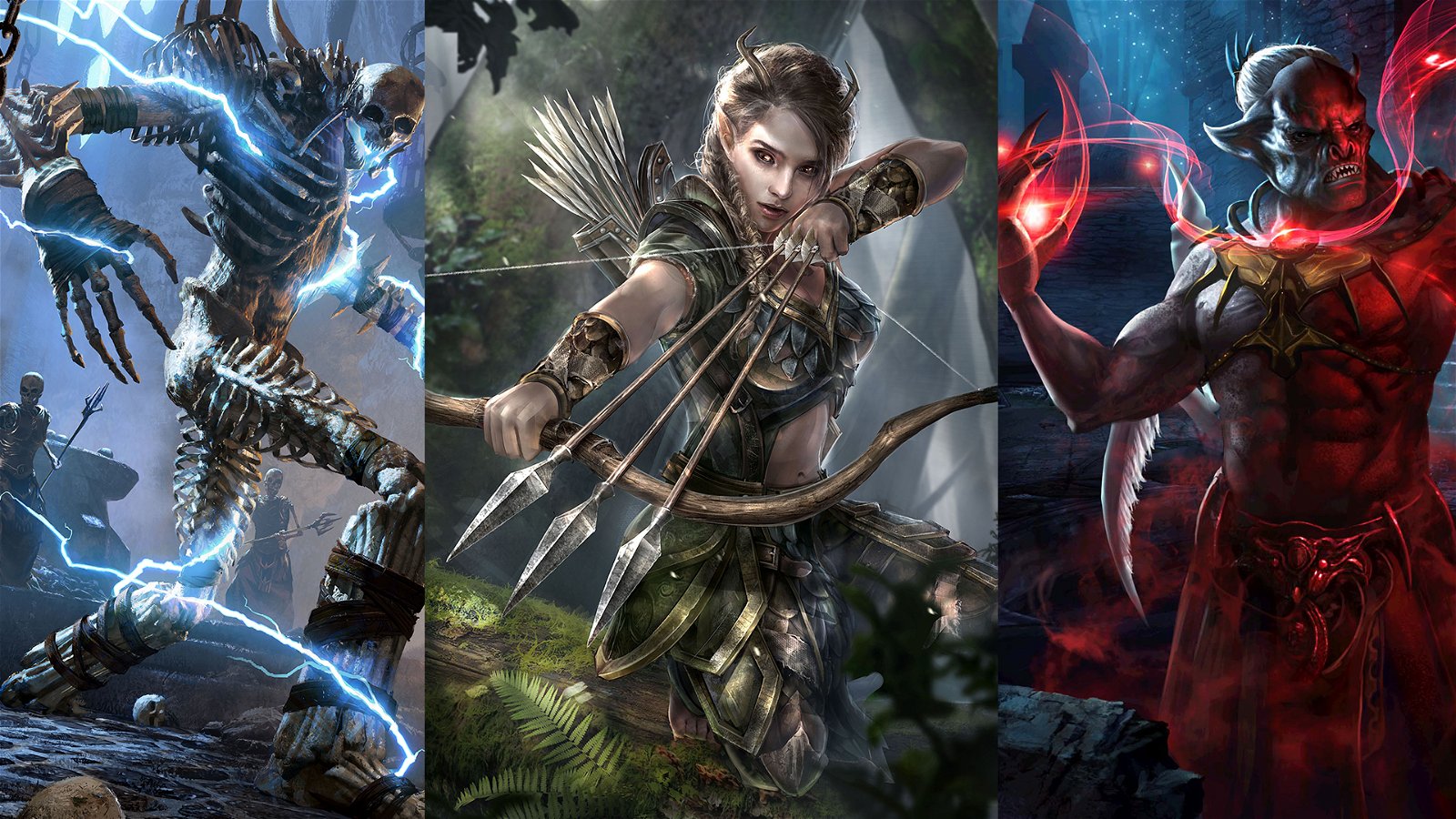 The first time I played The Elder Scrolls Legends was at PAX East this year, at which time I called it “a brown, clunky, cash-in” and while must admit that I do feel a bit warmer towards it now that I’ve been playing the beta, I stand by those words.

Elder Scrolls Legends suffers from what most Bethesda games suffer from: it lacks personality while having decent gameplay. When compared side-by-side to Blizzard’s Hearthstone, a game from which it takes many of its mechanics (perhaps those are from Magic: The Gathering, I don’t know), it just looks so lifeless. The one and only playing field is just a dull brown scroll, with most of the screen being similar shades of brown. The cards themselves have decent artwork, but the colours tend to be a bit muted. Worst of all this game features awful voice acting—which seems to be a Bethesda staple at this point.

In Hearthstone you have characters with catch phrases that never seem to get old. Legends has what are essentially the same dull and uninspired phrases you might hear in The Elder Scrolls: Oblivion, with lots of generic characters based on the series many races.

Elder Scrolls Legends certainly isn’t as attention grabbing or fun as Hearthstone, but there are definitely some good things to be found here, such as the story mode. In the current iteration of the beta, there are 20 matches that have very simple animated intros and outros that make up the story. Many locales visited will be familiar to fans of the series, especially Oblivion. While the story isn’t all that in-depth, it still is better than any of the story-based content released for Hearthstone—at least from a narrative perspective—but it too lacks personality by comparison.

One interesting mechanic that doesn’t feel particularly thought out yet in Elder Scrolls Legends, is the ability to choose different endings to quests, which grant you a different card depending on the one you select. The outcomes don’t actually impact the story except near the end of the game. I’d have liked to see branching paths, or at least a bit more impact from these choices. Replaying the story doesn’t let you see the other options or get the other cards, as they have to be earned by opening packs bought with in-game currency or real money.

As far as gameplay goes, The Elder Scrolls Legends is very similar to Hearthstone, but with a few enjoyable differences. One such difference is that the battlefield is split in two lanes that may have different effects on them. Cards played in each lane can only attack enemy cards in the same lane, which adds a bit more depth to the overall gameplay. The effects currently only seem to be making your characters stealth, or unable to be attacked for a turn upon being played, but I’m sure more will be introduced soon, as this is still an early beta.

Another difference between the games is decks are made up of 50 cards, instead of Hearthstone’s 30, and you can have up to three of each card. This means you’ll be able to have a more fleshed out deck instead of relying on a couple of different win scenarios, but it also leads to much longer matches, which can end up getting quite dull—especially with the game’s drain mechanic. Drain is an ability a card can have that gives your hero health every time it attacks, so you can see how this mechanic could make matches last a bit longer, especially since health isn’t capped at the 30hp you start with.

Balance wise it is still up in the air. I’ve played a few online matches and nothing seems overly broken or overpowered, and although I think the drain mechanic needs some tweaking, right now it’s still too early to call.  Instead of having hero-based decks, you can select from two different types of cards to build your deck with as well as common cards. There are tons of different combinations and hundreds of cards to figure out, so the meta hasn’t really developed just yet.

As far as gameplay goes there isn’t anything inherently wrong with The Elder Scrolls: Legends, but its lack of personality means it probably won’t be adopted by anyone but hardcore card players and die-hard Elder Scrolls fans, as it just isn’t very approachable. I get that the game is based off of a realistic-toned fantasy series, but there is certainly room for adding colours, characters, and just a bit of fun as it is far too serious and bland at the moment.