Sega’s Roadmap For the Future 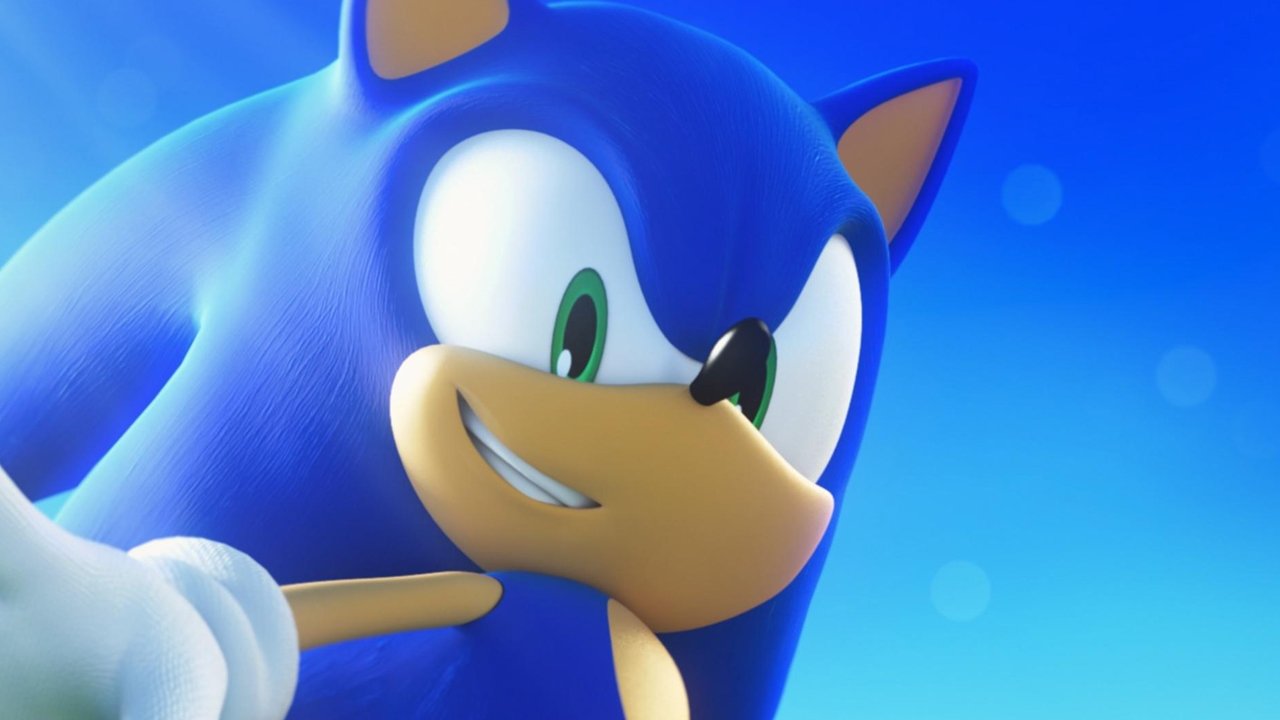 “There went the best part of this whole thing.”

I said this to my girlfriend as we stood in a line wrapping around a whole San Diego block. It was in response to Steven Universe creator Rebecca Sugar walking by in the streets. We didn’t get to meet her, but just seeing her made our whole day. Years and years of Sega burning me left me unenthused for this event, and the hour and a half line up didn’t help. To me, seeing the creator of my favourite on-air show was going to be the major highlight from the Sonic 25

While it ended up being a major one, especially because we actually ran into her again, I’m pleased to say I was wrong. After about four hours of non-stop Sonic, I walked out of the House of Blues confident in where Sega is going. Trying to put years of bad releases, fraught development cycles, and overall brand stagnation behind it, the company is clearly trying to put its best foot forward.

For starters, the transformation of the venue itself pulled out all the stops. Walls were lined with framed covers of old games. The 25

Anniversary logo was plastered everywhere. Rings hung from the ceiling, the floor was lined with “Green Hill Zone” textures, and checkpoint gates sat outside the bathrooms. Walking through the dark, crowded halls was like being hit with a lingering one-two punch of nostalgia.

Upon entering, we went straight downstairs into the Crush 40 concert, which had already started. Fortunately, we ended up managing to catch most of the show. Eighteen years later, dynamic front man Johnny Gioeli and bombastic guitarist Jun Senoue are still electrifying stage presences. They rattled off pretty much all of their hits, on top of some new stuff that I really enjoyed. Having never seen them live, it was really a blast to see stuff I grew up with, like “Sonic Heroes,” “Live and Learn,” and “I Am All (I Am)” performed in a loud, live setting. Even my girlfriend, whose opinion on anything Sonic-related could be summed up as “lukewarm,” got into it after a song or two.

For the remainder of the party, the stage was used to show off trailers and showcase the cast from the Sonic Boom TV cartoon. Because this was broadcast on TVs throughout the venue, I took this time to go upstairs and check out the rest of the spread. This was kind of a surreal experience, if I’m being entirely honest. There was an open bar next to a chili cheese dog stand. The blues-centric store had been retrofitted into a Sonic merchandise booth. And inside the demo room for Sonic Mania, a giant Totino’s display was laid out – on top of the roaming Totino’s servers circling the venue. It was a loud, crass clash of cultures and aesthetics, and a very gaudy, kitschy sort of affair. For my money, though, there’s no better way to market Sonic. After all, he began life as the edgier alternative to Mario, and represents a culture clash of gaming ideals himself.

As I walked the floor, peering at upcoming merchandise and taking in the crowd, something began to dawn on me. Sega’s frankly awful mismanagement of the Sonic brand was starting to crumble before my very eyes. Over the years, Sonic has been all over the place. Comics, TV, anime, and, of course, video games. Very rarely, however, have those things felt unified. Every corner of the series sticks to its own little sandbox and stays there. Not so at the party. Sonic Boom, Archie’s Sonic, classic Sonic, and modern Sonic were all in close proximity to each other.

Every corner of the fanbase was being represented within the confines of Dan Aykroyd’s overpriced chain restaurant – and it was beautiful.

Celebrating the past, present, and future of Sonic is a tricky process, you see. You have grown adults who fondly remember having bloodshot eyes from playing the old Genesis titles. Then there are early twenty-somethings who got blown away by Sonic Adventure DX and Sonic Adventure 2 Battle on the GameCube and from the comics at local grocery stores. Now, you have children who might know Colors and Generations, but are mainly fans of Sonic Boom. Being able to get all of these groups of people excited is a next-to-impossible feat.

Yet against all odds, Sega managed to do it. Every generation of Sonic fan was represented. Kids got the new Boom game and Lego Dimensions. Classic diehards got the promising Sonic Mania. And people like myself, whose love of Sonic started firmly in the “modern” era, got to rock out to Crush 40 and get a stellar teaser for a new game. Young or old, I felt a real sense of unity with people throughout the venue, and that’s ultimately what this celebration was all about.

Walking out of the House of Blues, a bit after 10 p.m., I was exhausted but excited. The often combative and unwelcoming Sonic community had been brought together for four hours, and managed to not bring the building down. But it was more than that. Seeing Sega bring together multiple generations of fans, and watching them cater to everyone’s tastes, was astonishing. For the first time in a while, I truly felt like the rebounding company knew what they were doing with their signature mascot.

.So while running into Rebecca Sugar was a jaw-dropping treat (not to mention meeting personal idol Adam Sessler,) the Sonic 25

Anniversary Party itself ended up being a blast. While some of the more Boom-oriented stuff wasn’t for me, that’s okay – it wasn’t made for me anyway. I came away, overall, impressed at Sega pulling something like this off. By pitching things to every possible corner of the Sonic fanbase, they’re bringing together the community as a whole and showing keen awareness for what people want.

Oh, and speaking of what people want? It was tempting to bust open the Sanrio X Sonic The Hedgehog display and run off with the adorable plush toys. Just saying.